Accessibility links
Young Girls May Get More 'Teaching Time' From Parents Than Boys Do : Shots - Health News In elementary school, girls often outperform boys on reading and math tests. Many factors shape academic performance, but two economists say one reason for the disparity might be that parents spend more time reading with girls and teaching them the alphabet and numbers. 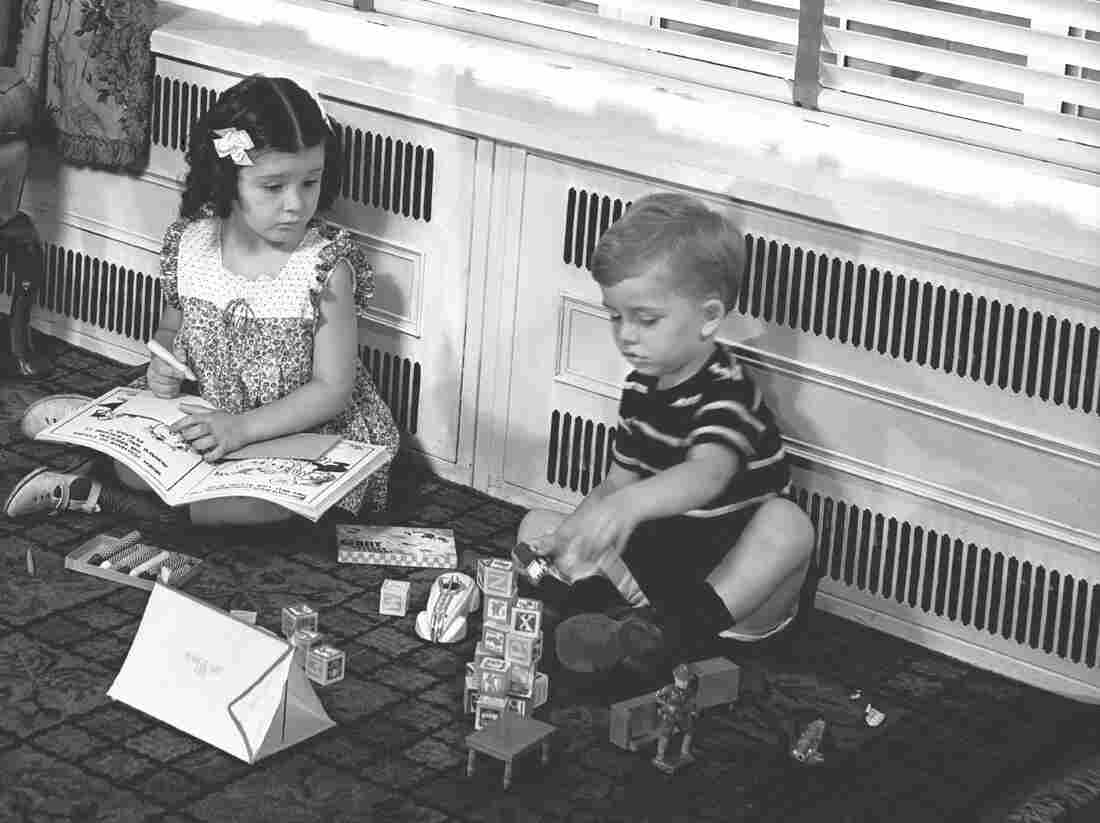 Of Blocks And Books: Parents may be more likely to take a young daughter to the library than a son, and to read to the girl for longer periods of time, a new analysis suggests. Hulton Archive/iStockphoto.com hide caption 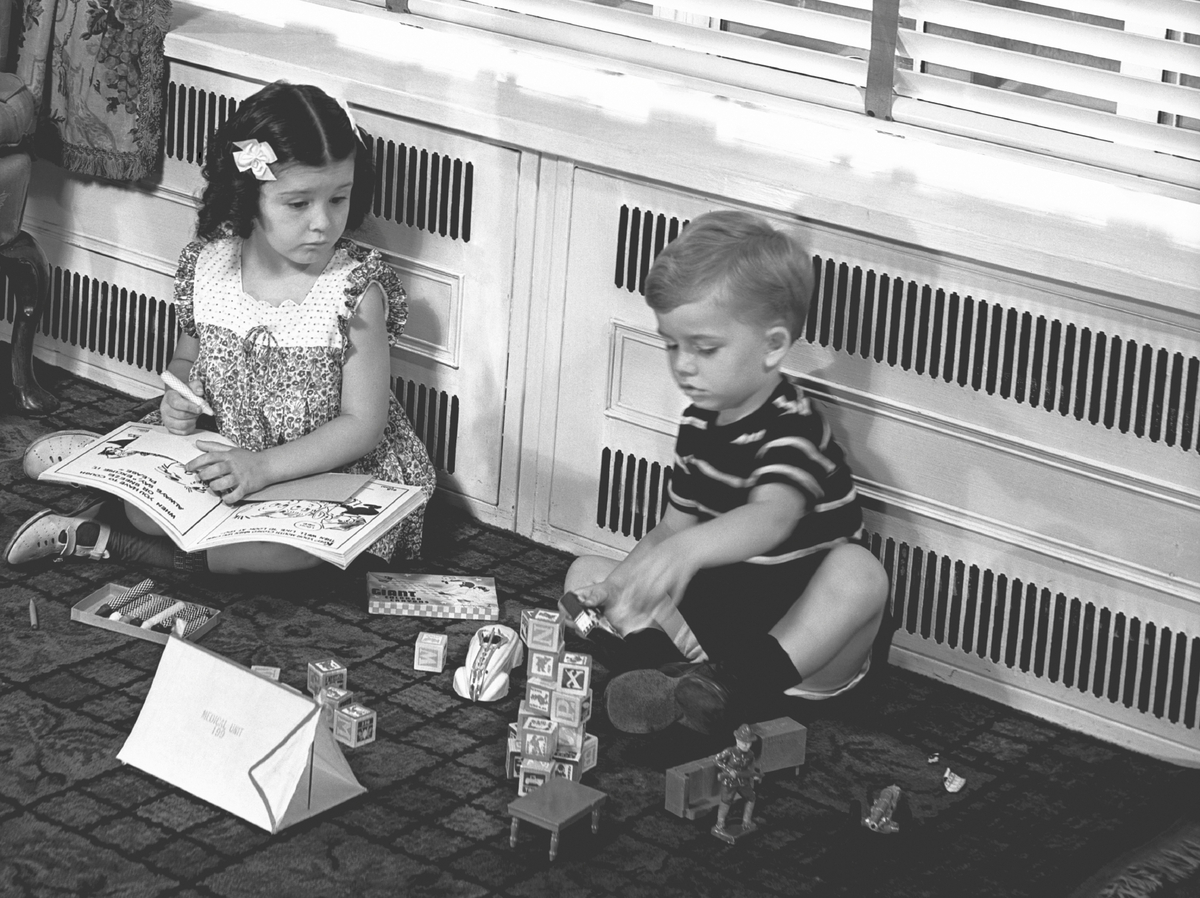 Of Blocks And Books: Parents may be more likely to take a young daughter to the library than a son, and to read to the girl for longer periods of time, a new analysis suggests.

For some years now, teachers and parents have noted something about boys and girls. Starting in elementary school, young girls often score better on reading and math tests than young boys do.

The differences are uneven on different tests and do not describe the experience of every child, but empirical studies do document a difference.

Now, two economists are proposing a partial explanation for the disparity that might give some parents heartburn.

Michael Baker at the University of Toronto and Kevin Milligan at the University of British Columbia recently analyzed survey data of parents in three countries — the United States, Canada and Britain. They were especially interested to see how parents say they spend time with their children — and they turned up an intriguing gender difference in what they called "teaching activities."

"So, this would be, 'How often do you read with your child?' or 'Do you teach them the alphabet or numbers?' " Baker says. "Systematically parents spent more time doing these activities with girls."

The economists focused their analysis, recently published by the National Bureau of Economic Research, on first-born children in order to get at the disparity in parental investment. It would have muddied the waters to compare parents caring for an only child with parents caring for their second or third child, Baker says. But they did find that the disparity also shows up clearly among fraternal twins. Here again, the parents surveyed seemed to devote more time to girls when it came to cognitive activities.

The big question, of course, is why these disparities in parental investment come about at all. After all, as Baker notes, many parents are familiar with research showing that elementary school boys trail girls in test of vocabulary and math. And they've also likely heard about studies suggesting that early interventions might have a big impact on the lives of children.

Milligan says the short answer is that no one knows why parents spend more time with girls on cognitive activities. One theory holds that girls might have a greater inclination toward such activities. (Theories suggesting innate differences between boys and girls and between men and women are hotly debated.) Another theory is that parents may be following cultural scripts and unconscious biases that suggest they should read with their daughters, and have active play with sons.

It is just more costly to provide a unit of reading to a boy than to a girl because the boy doesn't sit still.

"It is just more costly to provide a unit of reading to a boy than to a girl because the boy doesn't sit still, you know, doesn't pay attention," he says, "these sorts of things."

Baker says that as the parent of a boy and girl, he noticed that his own daughter appeared to have a greater inclination toward cognitive activities than his son. Rather than theorize about what the difference might be about, he says, he and his wife systematically directed their boy toward more cognitive activities.