Accessibility links
Saving Newborns: 'Kangaroo Care' Could Go A Long Way : Shots - Health News Each year more than a million babies die within the first 24 hours after birth, a study finds. But there are some simple, inexpensive things that could save these infants, like early breast-feeding and teaching moms to hold their newborns close. 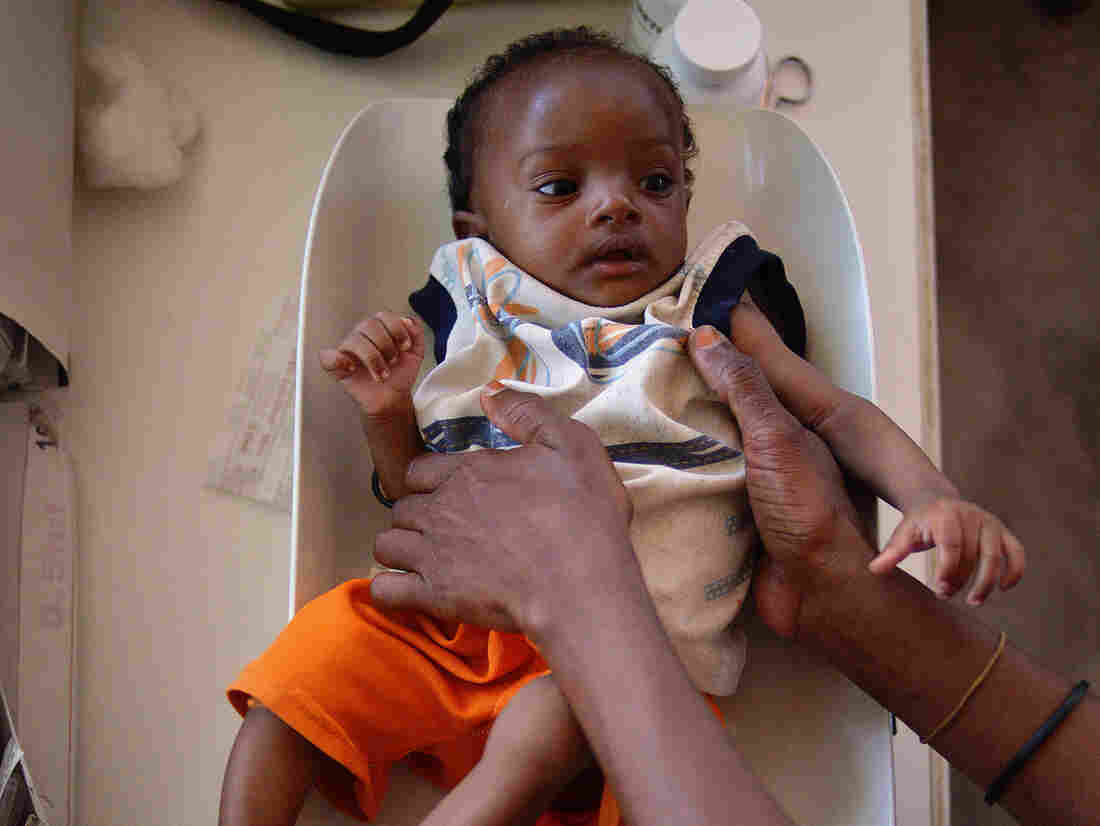 A health worker weighs a Somali baby on scales at a medical clinic in Mogadishu. Babies in Somalia have the highest risk of dying within the first 24 hours after birth. Carl de Souza/AFP/Getty Images hide caption 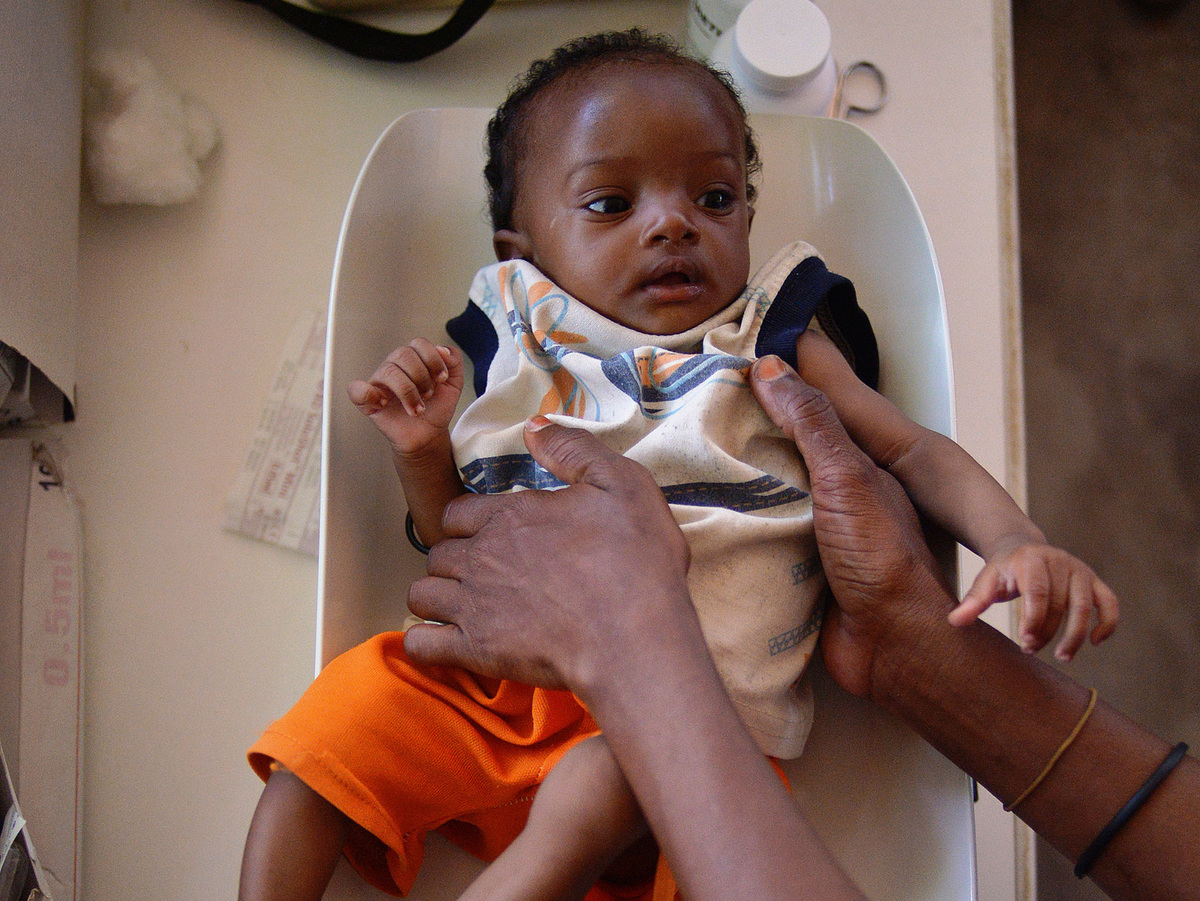 A health worker weighs a Somali baby on scales at a medical clinic in Mogadishu. Babies in Somalia have the highest risk of dying within the first 24 hours after birth.

In the developing world, a baby's first day of life is often the most perilous.

Roughly 3 million newborns die each year, the nonprofit Save the Children reported Tuesday. Most of these deaths occur in the first week of life, and more than 1 million babies pass away within 24 hours of being born.

Although the report calls for some big changes in health care systems to prevent newborn deaths, it also says that some simple, inexpensive things could save many lives.

For instance, teaching mothers to hold their newborns against their skin — a technique called kangaroo care — could help many babies survive. Washing umbilical cords with an antiseptic could reduce infections among newborns. And a little training for midwives could prevent thousands of babies from being strangled by umbilical cords during delivery. There are also easy ways to revive many infants that aren't breathing.

For the first time, Save the Children ranked 176 countries in terms of the risk of a baby dying within 24 hours after delivery. 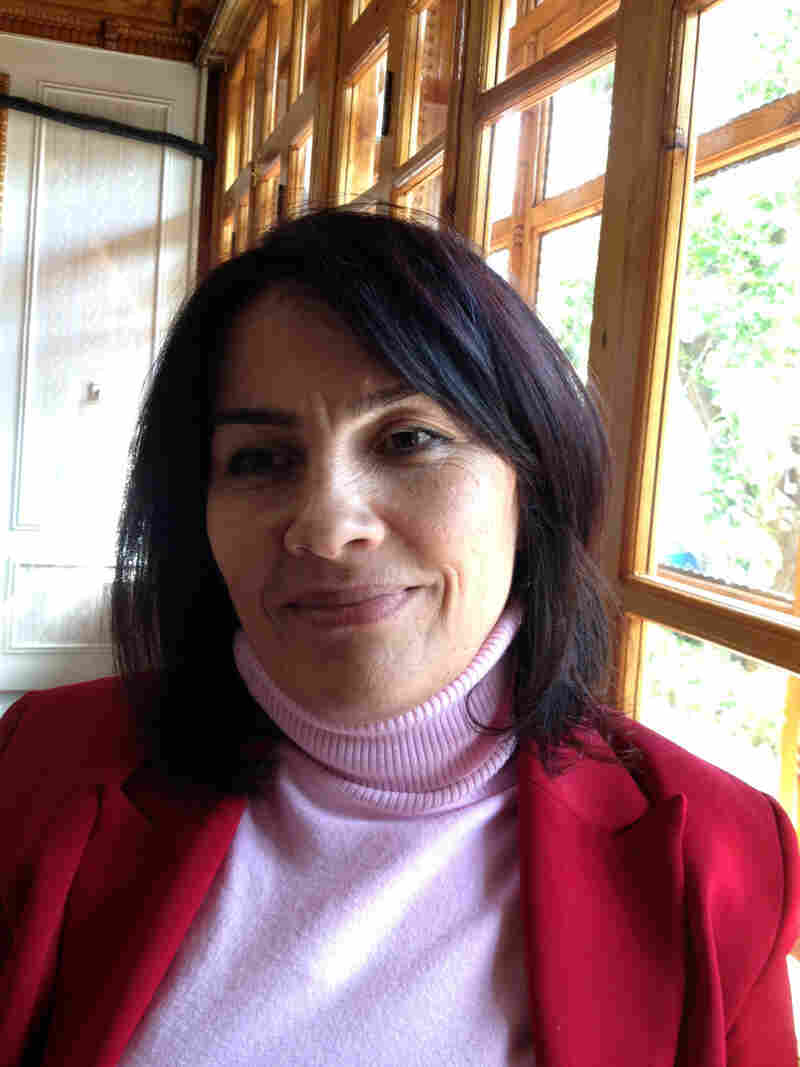 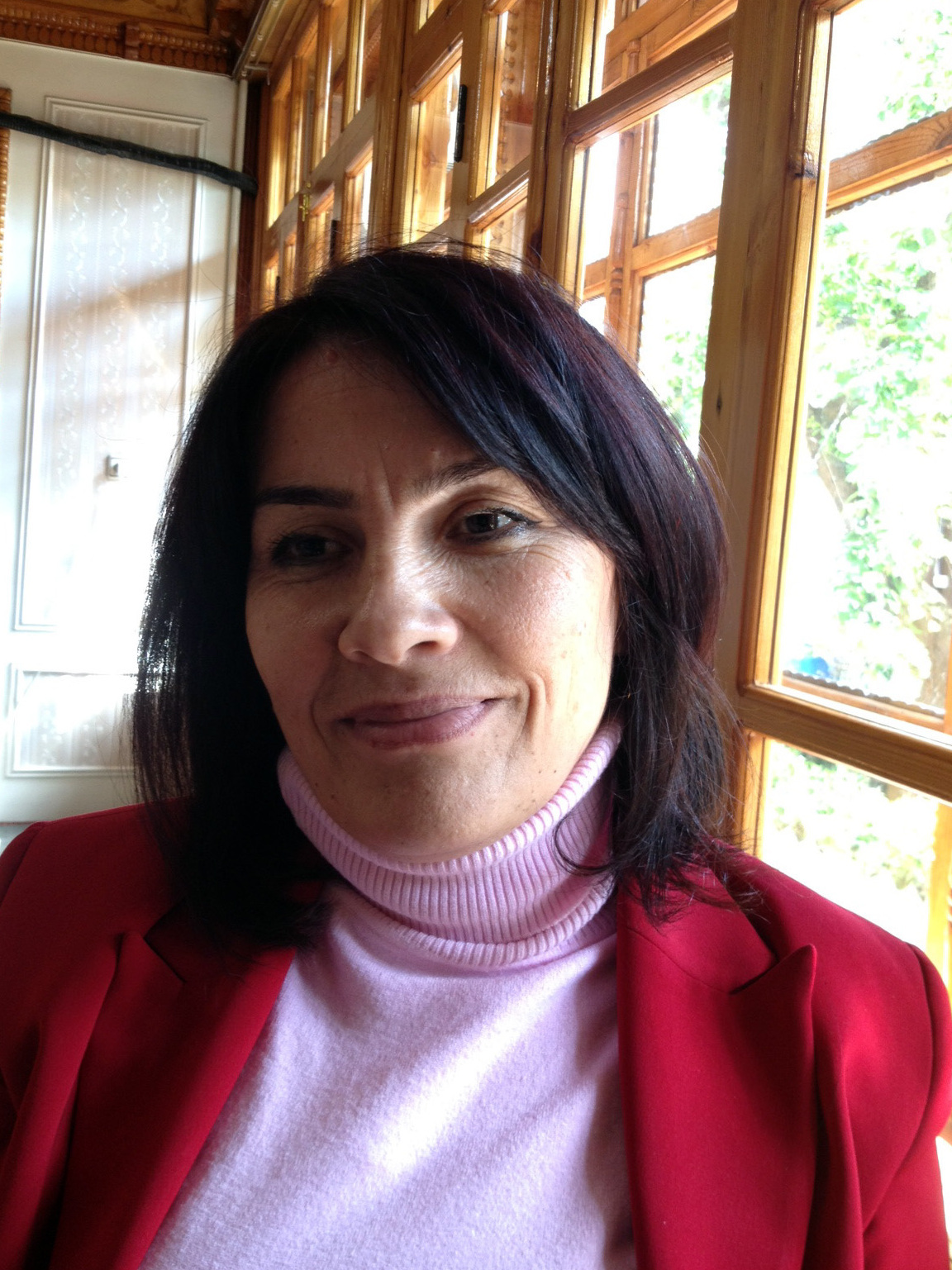 Simply teaching women to breast-feed their infants could prevent many newborn deaths, says Dr. Gulchehra Boboeva, from Save the Children in Dushanbe, Tajikistan.

Not surprisingly, the worst place in the world to be a newborn is sub-Saharan Africa. The last 10 slots in the ranking were all in Africa, with Somalia and the Democratic Republic of Congo at the very bottom.

Countries in South Asia were ranked higher in the index, but the region as a whole did poorly. The sheer number of babies dying in South Asia is higher than anywhere else in the world, the report finds. Each year more than 400,000 newborns die on day one in India, Pakistan and Bangladesh alone.

The worst country in Eastern Europe and Central Asia is Tajikistan.

Infant mortality is high all across Tajikistan, but it's particularly bad in remote, mountainous parts of the country, says Dr. Gulchehra Boboeva, from Save the Children in Dushanbe, Tajikistan. "In these areas, up to 80 percent of the births take place in the home — most without a skilled birth attendant," she says.

The landlocked former Soviet republic is one of the poorest countries in the world. Many African nations actually ranked higher than Tajikistan on Save the Children's list.

Boboeva says many Tajiks don't have health care for two reasons. They can't afford to pay for it, and there simply aren't clinics or nurses, never mind doctors, in many parts of the country.

After the communist social safety net collapsed along with the Soviet Union, Tajikistan has struggled to re-establish a public health care system.

"In Tajikistan, in the very remote areas, some of the villages have no health facilities and no health workers," Boboeva says. "One health worker provides medical services to three or four villages. And they do not have enough time to sit with the families, mothers and conduct some education sessions."

That health worker may not even be a trained nurse, and he or she probably makes rounds on foot over long distances.

Mexico Aims To Save Babies And Moms With Modern Midwifery

Boboeva says simple training of expectant mothers and birth attendants could dramatically reduce the thousands of newborn deaths that occur each year in Tajikistan.

For instance, she says, after a baby is born, other women traditionally take the infant away and bathe it. "They think that after the birth they have to wash the baby first before putting it to the breast-feeding," she says. "This will be problem."

The babies are often taken away for long periods of time to let the mother rest, but Boboeva says the child is at risk of getting chilled at a time when it's extremely vulnerable to infections.

She and Save the Children advocate kangaroo care and immediate breast-feeding. There's evidence that a mother's initial milk, the colostrum, contains antibodies that help protect the baby.

But Boboeva says some women think they need to get past the colostrum. "Our women, they think that the colostrum is not clean. They will remove it and then put the baby to the breast," she says.

There's an opportunity to save many babies in Tajikistan and around the world, Boboeva says, by focusing more on these small details during the first few hours of life.