Accessibility links
Using Bacteria To Swat Malaria Inside Mosquitoes : Shots - Health News Infecting mosquitoes with a specific type of bacteria makes the insects resistant to malaria. Now scientists have figured out how to get the mosquitoes to pass the infections on to their offspring. If it can done reliably, it might help interrupt transmission of malaria to humans. 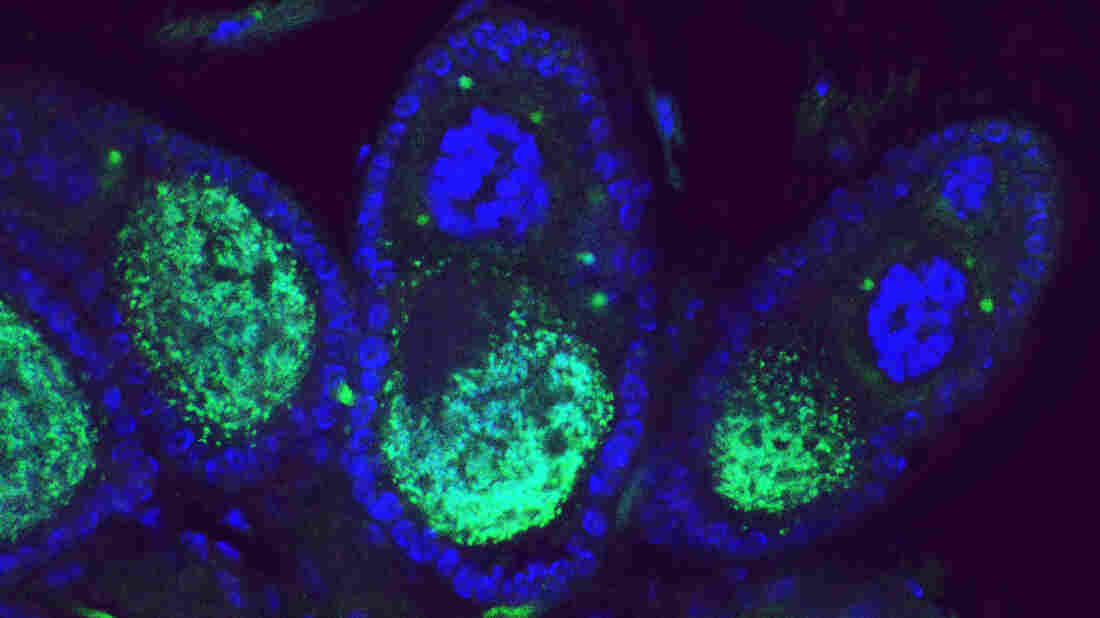 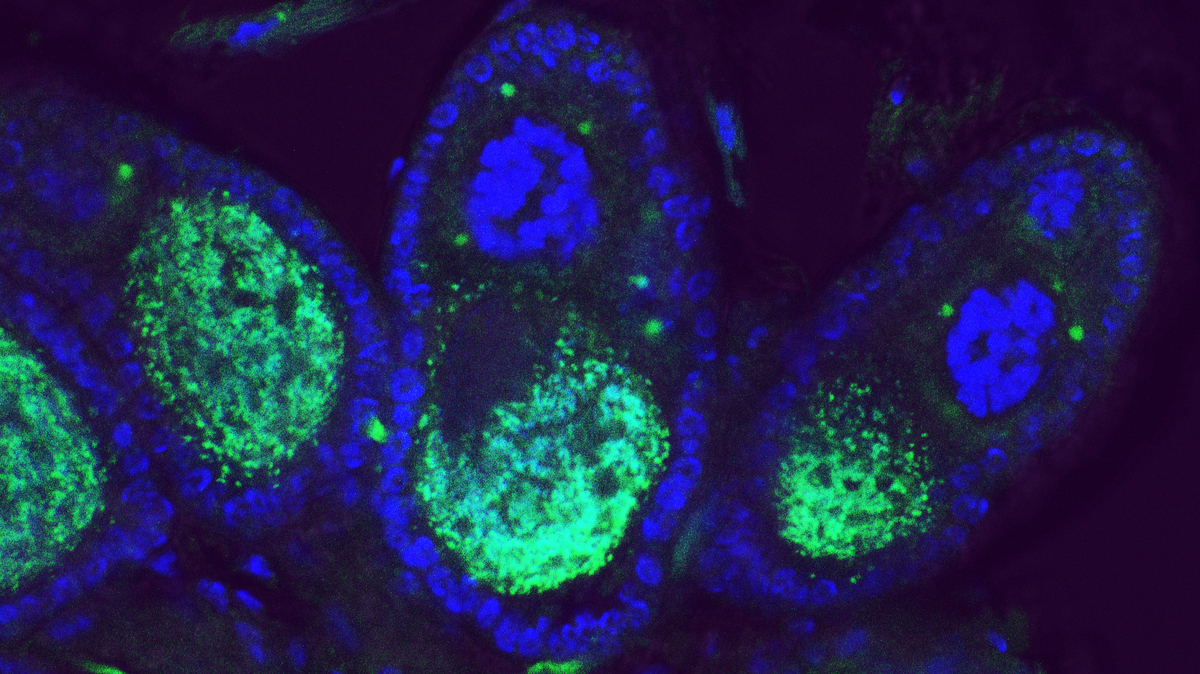 When scientists infect mosquitoes with a specific bacterium, the insects become resistant to the malaria parasite.

Sounds like an easy way to stamp out malaria, right? Just introduce the infected mosquitoes into an area and let the bugs take over the natural population. 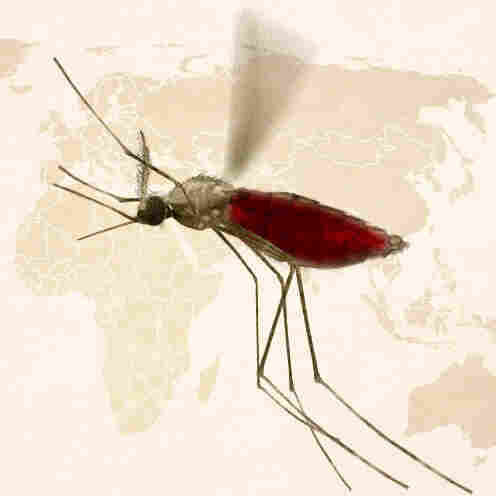 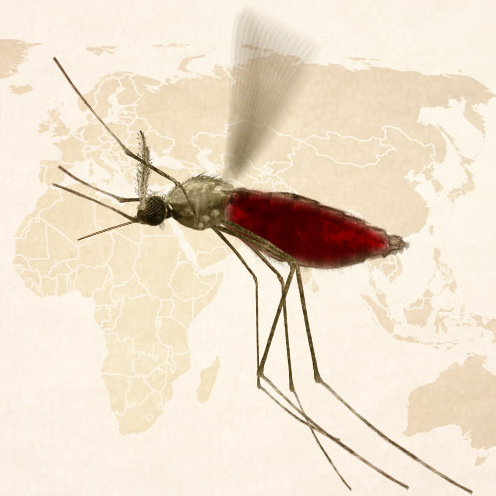 More than a hundred different species of Anopheles mosquitoes can transmit malaria to people.

But there's been one big hitch: The bacterium — called Wolbachia — doesn't stick around inside mosquitoes that carry malaria. So scientists would have to continually release flocks of treated mosquitoes to keep malaria down.

Now entomologists have overcome this obstacle, at least partially.

They've created a malaria-transmitting mosquito that maintains the Wolbachia infection for its entire lifetime and even passes it onto its offspring.

"Groups have been trying to do this for more than 10 years," microbiologist George Dimopoulos, from the Johns Hopkins Malaria Institute, tells Shots. "So it's a landmark achievement."

The findings, reported Thursday in the journal Science, raise the possibility of one day controlling malaria with the bacteria.

"You could just release large number of infected females and establish Wolbachia in a mosquito population" Dimopoulos, who co-authored the study with a team at Michigan State University, says. "Gradually it would convert a malaria-spreading population to a non-spreading one."

Specifically, Dimopoulos and his colleagues got Wolbachia to take up permanent residency inside Anopheles stephensi mosquito, the major malaria transmitter in South Asia and the Middle East.

But there's still a long way to go before the bacteria-infected mosquitoes are even tested in the field.

The problem, he says, is that that Wolbachia hurts the mosquitoes chances of reproducing — reducing the number of eggs that hatch by half.

That's a big disadvantage for the malaria-resistant mosquitoes out in the wild. They wouldn't be able to compete with the bacteria-free bugs.

But Dimopoulos thinks they can tweak the system to fix the hatching problem. "The bacteria is very effective blocking the parasite in the mosquito," he says. "But this is sort of a prototype. The system needs to be optimized before it can be tested in the field."

Indeed, Australian scientists have already started such testing for dengue fever, another disease transmitted by mosquitoes.

A few years ago, a team at Monash University in Melbourne figured out that Wolbachia infection makes the Aedes aegypti mosquito resistant to the dengue virus.

His team has released bacteria-infected mosquitoes into several small communities in northeastern Australia, O'Neill told NPR's Joe Palca last year. "Over a very short period of time, the Wolbachia was able to invade the wild mosquito population until close to 100 percent of all mosquitoes had the Wolbachia infection — and so we presume, greatly reduced ability to transmit dengue between people," O'Neill said.

This approach has several advantages over spraying pesticides for dengue and malaria control. For starters, it would be permanent because the system is self-propagating. And Wolbachia already infects a large number of insects. So many scientists think it's ecologically sound — at least relative to chemicals.