Accessibility links
Teens Who Text And Drive Often Take Other Risks : Shots - Health News Four in 10 teenagers admit that they text while driving. Not only is that behavior dangerous, but those same teens are more likely to skip the seat belt and drive while drinking, too. 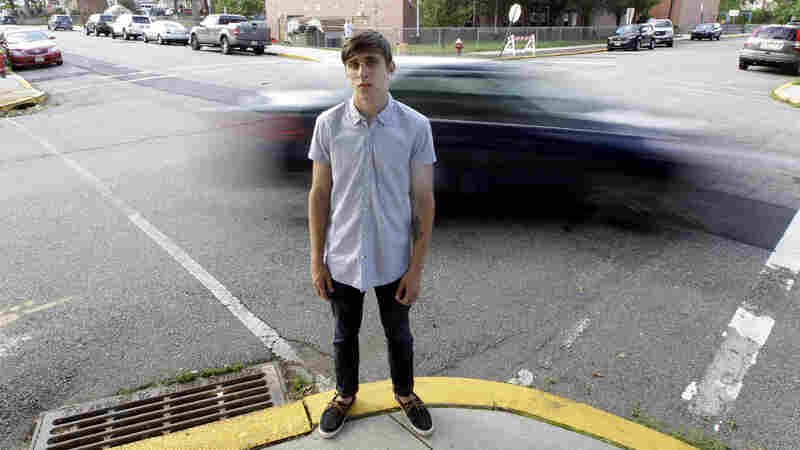 Dylan Young, then 18, posed for a photo as a vehicle cruised by North Arlington, N.J., in June 2012. Young was in a fender-bender accident caused by being distracted while texting and driving. Julio Cortez/AP hide caption 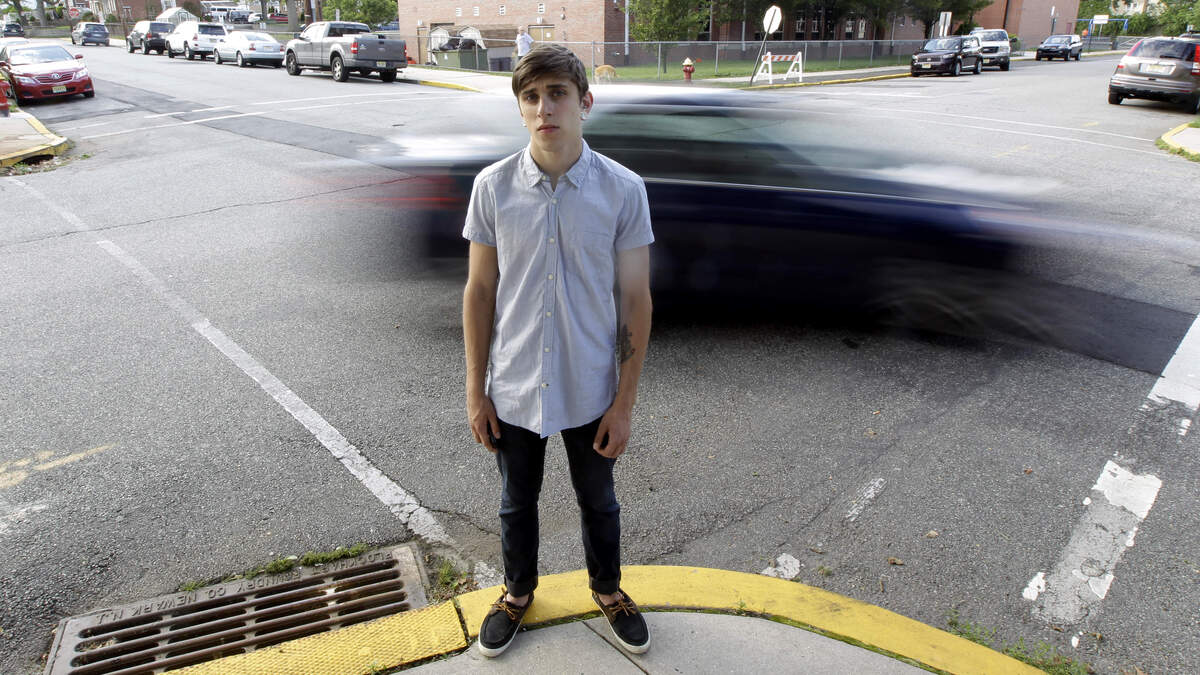 Dylan Young, then 18, posed for a photo as a vehicle cruised by North Arlington, N.J., in June 2012. Young was in a fender-bender accident caused by being distracted while texting and driving.

Almost half of teenagers cop to texting while driving. And those texting teens are more likely to make other risky moves while in the car, too.

That includes not wearing seat belts, drinking and driving, and riding with a driver who's been drinking, a study just published in the journal Pediatrics finds.

Car crashes have long been the leading cause of death for teenagers, even before texting entered the scene.

But parents can do a lot to reduce the risks, according to Dr. Tom Frieden, director of the federal Centers for Disease Control and Prevention, which conducted the latest study.

"Multitasking is fine if you're sitting in your dorm room or at home in your bedroom, but multitasking in the car is a terrible idea," Frieden told Shots. New drivers are less adept at recognizing hazards while driving, and less good at dealing with them than more experienced drivers, he says. "It's amazing how quickly things can go wrong in the car."

It's a little unusual to have the CDC director volunteer to talk about an agency study. But he's got some personal data on this topic. "Speaking as a parent of a teenage driver, having your kid learn to drive is one of the most stressful things," Frieden says. "It's easy to forget because driving is so routine for adults."

The CDC study asked 8,505 students across the country if they had texted while driving during the past 30 days. About 45 percent said yes. Those teens also admitted to more driving while drinking, not wearing seat belts, and riding with drivers who had been drinking than their peers who weren't texting.

That may mean there's a big group of risk-taking teenagers whose parents may need to take a different approach to keeping them safe.

All parents should set clear rules about safe driving behavior, Frieden says, with consequences for breaking the rules. The CDC provides a parent-teen driving agreement that's a good starting point.

Enforcing the rules can be hard for some parents, but this next part might be harder: Do as you say. That means no texting while driving for Mom and Dad.
"If a parent texts and drives or speeds or uses alcohol while driving, that is stronger than any rule or lecture there is," Frieden says.

He's also a big fan of graduated driver's licenses, which are being used to some extent in most states. They restrict driving at night and driving with passengers until the teenager has more experience behind the wheel. GDLs have reduced car crash deaths among 16- and 17-year-olds. But in 2012, the death rate ticked up again. There's no proof that that's associated with texting, but it's hard not to think it's a factor.

Frieden's teenager is now safely parked in college in New York City, where driving isn't an option. But Frieden is appealing to other parents to do what they can to make driving less deadly for their children. "The more controlled that driving learning experience, the safer kids will be," he says, "the more likely they'll be able to become adults."