Accessibility links
How Researchers Cloned Human Embryos : Shots - Health News After decades of trying, scientists say they've finally figured out how to make personalized embryonic stem cells. One day, these designer cells may help treat an array of diseases. A jolt of caffeine and and a little electric shock helped to do the trick. 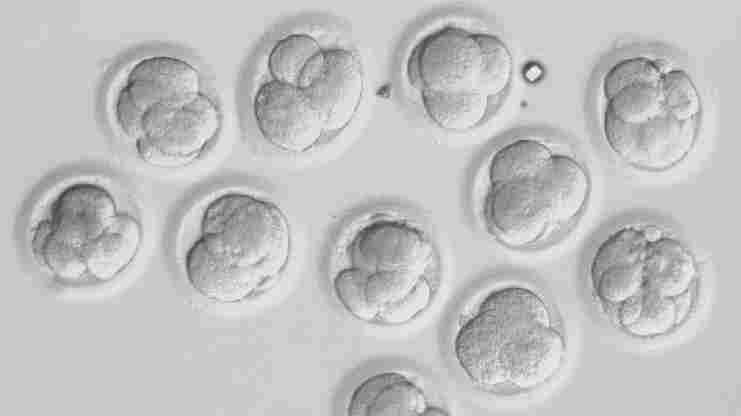 Human embryos grow in a petri dish two days after scientists in Oregon cloned them from a donor's skin cell. http://www.flickr.com/photos/ohsunews/8726915230/in/photostream//Courtesy of OHSU Photos hide caption 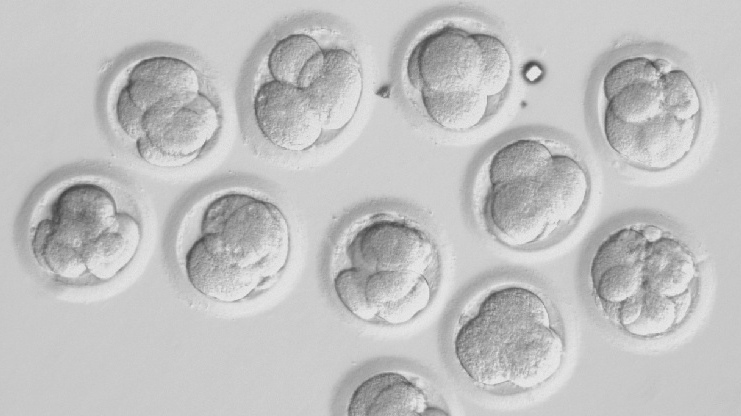 Human embryos grow in a petri dish two days after scientists in Oregon cloned them from a donor's skin cell.

Scientists in Oregon have achieved something that many thought might be impossible.

They said Wednesday that they have cloned human embryos and then harvested the embryo's stem cells.

The discovery, if it holds up, means scientists would be able to make personalized stem cells, with their genetic code almost perfectly matched to that of a patient.

One day, designer cells like these could help to treat an array of diseases, like diabetes, Parkinson's and heart problems.

So how did the scientists do it?

Specifically, they used a method called somatic cell nuclear transfer. Despite its complex name, the technique is pretty simple. Take an egg donated by a woman and pull out its DNA. Then insert DNA from a patient's skin cell into the empty egg.

Back in 2007, Shinya Yamanaka of Kyoto University in Japan, figured out a way to turn skin cells into stem cells without using an egg.

This method involves simply switching on four genes inside the skin cells, which transforms them into another class of stem cells, called induced pluripotent stem cells, or iPSCs.

Since you don't need to destroy a human embryo to make iPSCs, they are less controversial than embryonic stem cells. But scientists still aren't sure if iPSCs work as well.

As the embryo develops, it makes stem cells that the scientists can collect and grow in the lab.

The technique dates back to the 1960s, when John Gurdon at Oxford University cloned a frog using just one cell from a tadpole's gut. He eventually won a Nobel Prize for that experiment.

Then in 1996, a team in Scotland used a similar method to clone the first mammal: a sheep named Dolly. This discovery triggered a rash of clonings — rabbits, horses, cows, goats and, of course, cats and dogs.

But getting the technique to work with humans eggs has been an exercise in frustration.

For more than a decade, researchers have been tripped up at the same point. After they drop the new DNA into a human egg, it divides a few times and then it gets stuck. It stops growing.

But Shoukhrat Mitalipov and his team at Oregon Health & Science University figured out how to keep the embryo dividing until it creates stem cells.

Mitalipov says they had to trick the egg into thinking it's been fertilized by a sperm. "Even if you transplant the skin cell inside the egg, the egg still needs some kind of signaling — usually [it's] delivered by the sperm."

The magic signal is quite complex. It includes an electric shock, a cocktail of chemicals and a splash of caffeine. Really.

Adding a little caffeine to the embryo's food helps it grow and make stem cells.

Mitalipov and his team then harvested the caffeine-charged cells and demonstrated that they could be transformed into a variety of cell types, including heart cells that beat inside a petri dish.

The process is efficient enough, Mitalipov says, that he can get stem cells from each women who donates five to 15 eggs.