Accessibility links
Everybody In The Pool! But Please Leave The Poop Behind : Shots - Health News Most public swimming pools are contaminated with germs carried by poop, federal researchers found. We swimmers are to blame. Showering before swimming and taking kids to the bathroom often would help.

Everybody In The Pool! But Please Leave The Poop Behind

Everybody In The Pool! But Please Leave The Poop Behind 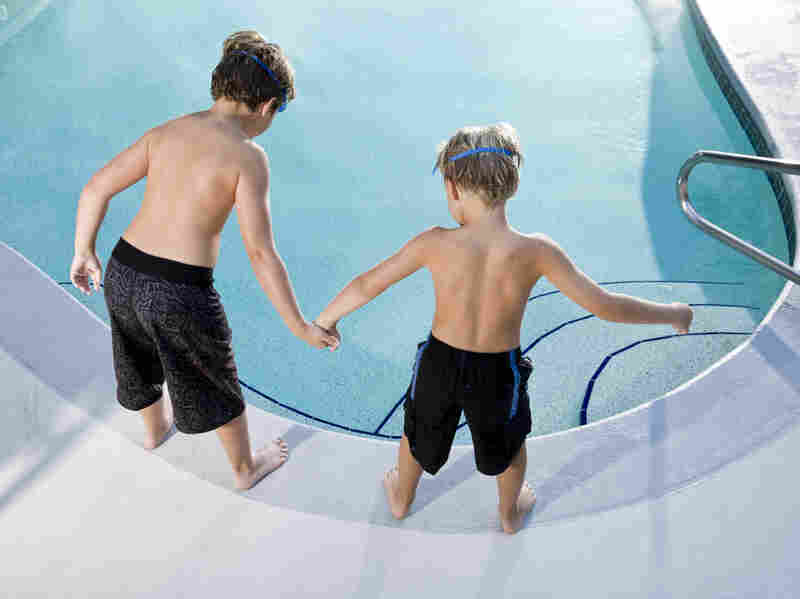 Is it safe? The water in many public pools is contaminated with E. coli, a study finds. iStockphoto.com hide caption 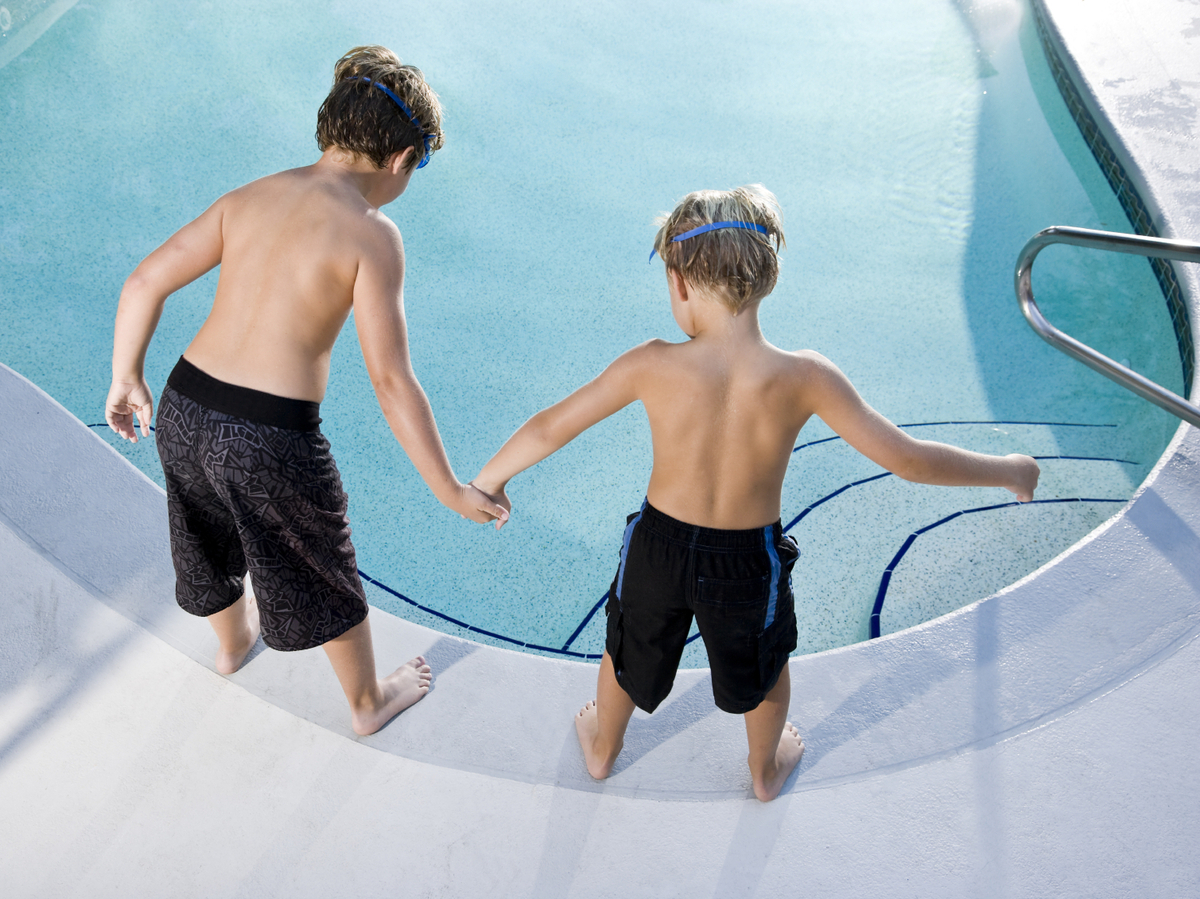 Is it safe? The water in many public pools is contaminated with E. coli, a study finds.

Perhaps you've noticed a toddler's sagging swim diaper and wondered if it's really keeping the poop out of your neighborhood pool.

The Centers for Disease Control and Prevention has the answer for you: no.

Last summer, researchers at the federal public health agency collected 161 filter samples from public swimming pools in the Atlanta area. More than half of those samples, 58 percent, were contaminated with E. coli.

Toddlers who aren't toilet trained are just one source of the problem, according to the study, which was published in the latest Morbidity and Mortality Weekly Report.

People who don't shower with soap before swimming bring E. coli on their backsides, the CDC reports. And people who swim while sick with diarrhea are much more likely to introduce E. coli, Cryptosporidium, and other yucky germs into the water.

That takes some of the shine off the opening of summer pool season, doesn't it?

Fortunately, a properly chlorinated pool can kill E. coli quickly. So if your local pool is doing a good job maintaining chlorine and pH levels, that takes care of that problem.

The testing method used in this study couldn't tell if the E. coli was alive or had already been killed. And no outbreaks of pool-related disease were reported last summer in Atlanta.

Wondering why the lifeguards kick you out of the pool for 30 minutes after a "fecal incident"? That's the amount of time the CDC recommends to make sure that E. coli, by far the most common fecal pathogen, has been killed.

Other bugs are a lot harder to kill, unfortunately. It can take 45 minutes to kill Giardia, which causes diarrhea, in a pool chlorinated with 1 part per million of free chlorine. But it can take more than a day to kill Cryptosporidium, even with 10 times as much chlorine.

The CDC wants you to do your part by showering before you get in the pool. Children should be taken to the bathroom every hour, and diapers should be checked and changed at least that often. Most important, stay out of the pool when suffering from diarrhea.

Oh, and the CDC knows you pee in the pool, too. The nitrogen in urine depletes free chlorine in pool water, making it harder to kill germs. Nitrogen also converts the chlorine into a form that irritates the eyes and lungs. So stop doing that.

But this subject isn't a complete bummer. It's given us here at Shots an excuse to revisit the classic Baby Ruth in the pool scene from the 1980 movie "Caddyshack." Enjoy!