Accessibility links
The Unsafe Sex: Should The World Invest More In Men's Health? : Shots - Health News The world's top health problems are more common in men than women. But recent global funding has been skewed toward women's issues. Some health economists say more effort should go toward stopping men's risky behaviors, like smoking and drinking. 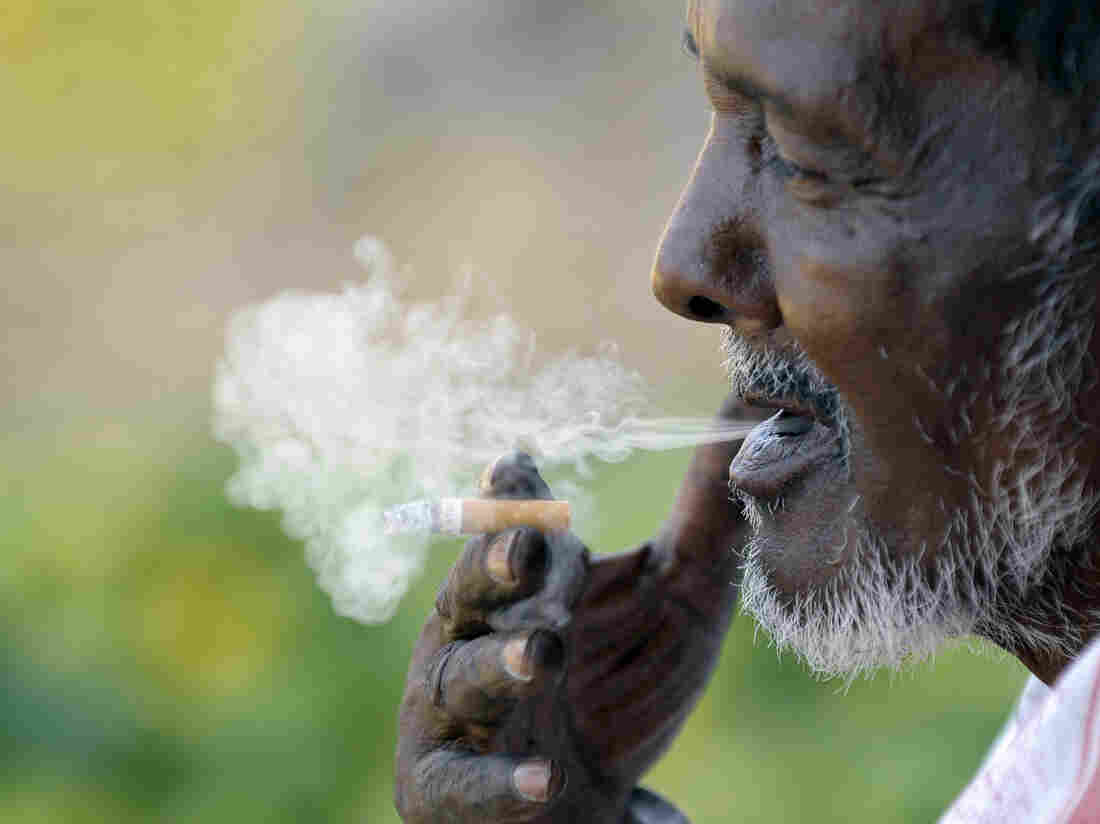 A man smokes a cigarette as he takes a break at a fruit market in Hyderabad, India. Smoking tobacco is eight times more prevalent among Indian men than women. Noah Seelam/AFP/Getty Images hide caption 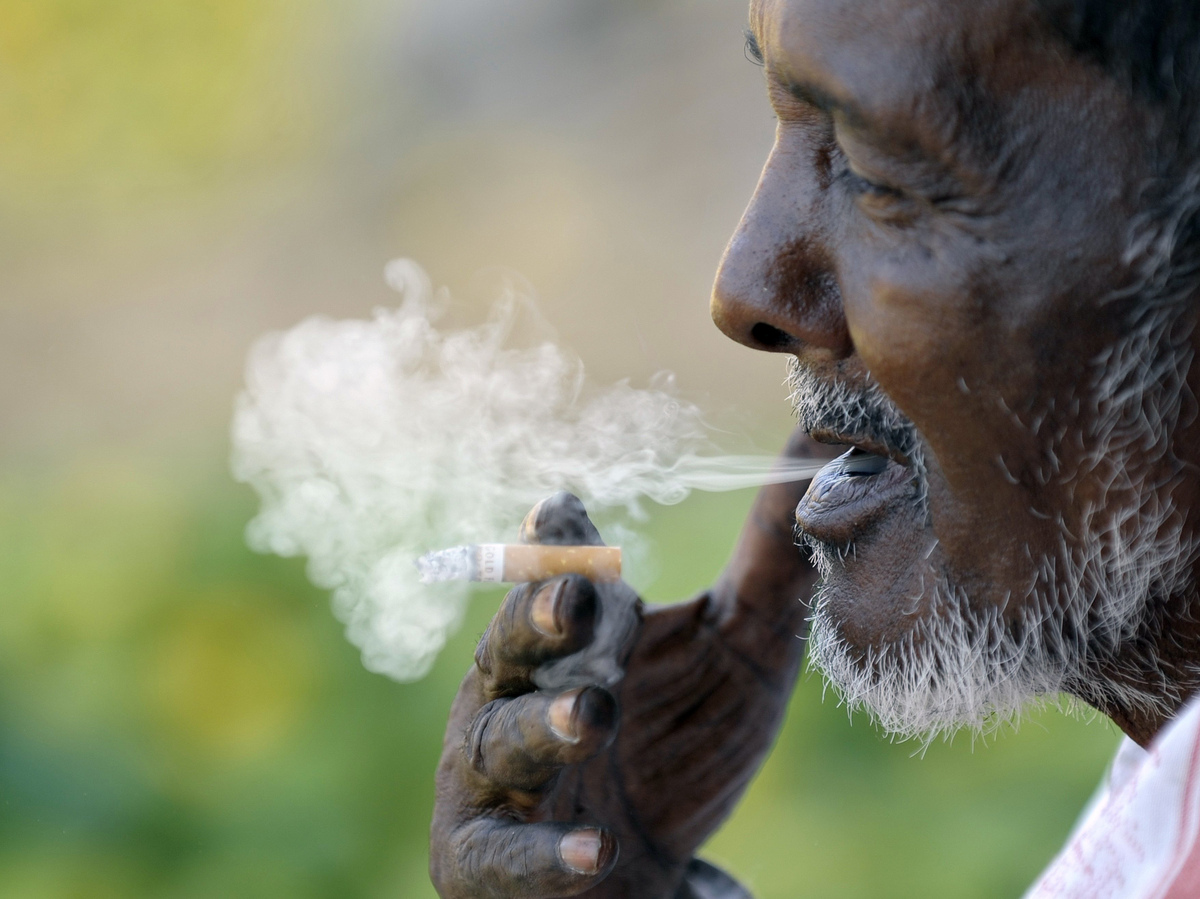 A man smokes a cigarette as he takes a break at a fruit market in Hyderabad, India. Smoking tobacco is eight times more prevalent among Indian men than women.

On average, men aren't as healthy as women.

Men don't live as long, and they're more likely to engage in risky behaviors, like smoking and drinking.

But in the past decade, global health funding has focused heavily on women.

Programs and policies for men have been "notably absent," says Sarah Hawkes from the University of London's Institute of Global Health.

She and a colleague published a commentary in The Lancet on Friday calling for more gender equality in global health funding.

"If you look at the top 10 health problems around the world, they are much more common in men," she tells Shots. "But the current focus is predominantly on women's health. "

Take for instance, the United Nations's Millennium Development Goals. In 2000, global leaders agreed on eight ways to improve the lives of the poorest people around the world.

The fifth goal is specifically aimed at maternal health. And all of the other goals "touch on essential aspects of women's well-being, and in turn, women's empowerment is critical for achieving the goals," the U.N. Women's website says.

There isn't a specific goal targeted at men.

Hawkes agrees that maternal health is important and should be funded. "We don't want to see this money diverted away from women's health," she says. "But focusing on maternal health means you miss the biggest burdens of disease."

Hawkes says that when you look at recent data, men lose three times more years of healthy living than women because of tobacco, alcohol and unsafe driving.

"It's cool to be a man that smokes and drinks — who drives a fast motorbike, or fast cars," she says. "If you were really serious about saving lives, you would spend money tackling unhealthy gender norms" that promote these risky behaviors.

Health economist Karen Grepin of New York University agrees that more focus should go to stopping tobacco and alcohol use. But she doesn't think there should be specific policies for men versus women. "If we focus on closing inequality, we'll miss the boat," she says. "The goal is to reduce mortality, not to reduce inequalities in the measure of mortality."

Grepin, who wasn't involved with the commentary, also doesn't think that the recent focus on women's health is a bad thing.

"Women are politically, economically disadvantaged around the world," she tells Shots. "There are really important consequences for women's health. They play a large role in taking care of children. When they get sick, there's a spillover effect in the house — for the next generation."

Grepin thinks that maternal health may have been undervalued and underfunded in the past. "In many places, women still have a high risk of dying during childbirth, which is completely avoidable," she says. "The fact that this still happens is appalling. It's a blight on society that needs to be addressed."

With the recent emphasis on maternal health, she says, the world is making progress on this front. The risk of a mother dying during childbirth has declined by nearly half worldwide since 1990.

"Has that necessarily driven up mortality in men?" she asks. "Probably not."