Accessibility links
Obama Administration Seeks To Ease Approvals For Antibiotics : Shots - Health News The goal is to counter drug resistance, which is largely a consequence of antibiotics overuse. Supporters say the plan would entice companies back into the market because it would be much cheaper to gain approval. But critics call it "a tragedy of monumental proportions." 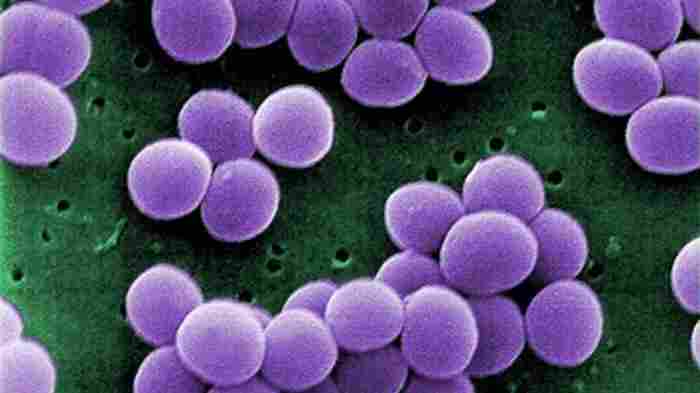 These staph bacteria are resistant to vancomycin, an antibiotic that is one of the last lines of defense. Janice Haney Carr/CDC hide caption 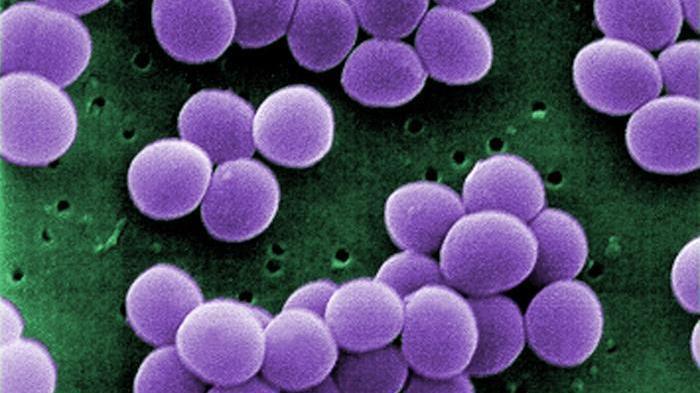 These staph bacteria are resistant to vancomycin, an antibiotic that is one of the last lines of defense.

Every day in hospitals all over America, thousands of patients die of infections that used to be curable. But the antibiotics used to treat them aren't working anymore.

It's called drug resistance, and it's largely a consequence of antibiotics overuse. The more germs are exposed to antibiotics, the faster they mutate to evade being vanquished.

To counter the growing trend, the Obama administration is moving on many fronts to speed the development of new antibiotics.

It's investing tens of millions in private drug companies to foster new germ-killing drugs. It's setting up a new research network to develop new antibiotics. And, most controversially, federal health officials are pushing to loosen up the approval process for new antibiotics targeted at patients with life-threatening infections and dwindling treatment options.

"Where we're talking about life-threatening illnesses, you can do much less study and get those drugs out there — if in fact they'll be limited to those kinds of uses," Dr. Janet Woodcock, the chief drug official at the Food and Drug Administration, tells Shots.

Woodcock says the basic problem is that many large drug companies have abandoned antibiotics research and development in recent years for more profitable lines of business, such as drugs for diabetes, cancer and obesity.

"The pipeline — those new drugs coming along — is drying up," Woodcock says, "and we're really worried we'll have resistant organisms and no medicines to treat them."

If drug companies could do smaller studies without necessarily having to compare patients treated with experimental drugs to others who got standard treatments, Woodcock thinks that would entice companies back into the market, because it would be much cheaper to gain approval.

Since the drugs would be intended only for certain patients — not just anybody with an infection — companies wouldn't have to study them in thousands of patients. Woodcock acknowledges that some are concerned "about the lower level of evidence that would be used."

"We would still find the drugs to be safe and effective," she says, "but we wouldn't have these massive studies that you would do when you're exposing huge numbers of people."

The plan has the support of the Infectious Disease Society of America.

"We are potentially alarmed," says Dr, Helen Boucher, a Tufts Medical Center specialist who's on the society's board, "and certainly we want to get the message out that the time to act is now."

Boucher says major change has to come in the near term — "not five years, but shorter term." Otherwise, she says, surgeons might become reluctant, for instance, to perform operations that inevitably carry a risk of infection.

"We might be to the point where we have to worry about doing the procedures that all of our patients have come to expect they can have safely in America," Boucher says.

But Dr. John Powers of George Washington University says he thinks lowering approval standards for antibiotics would be "a tragedy of monumental proportions."

He says if drug companies didn't have to show that candidate drugs were better and safer than existing therapies, it would be like getting half the score of a football game.

"It's like saying the Washington Redskins scored 19 points this week," he tells Shots. "I don't know if they won or lost unless you tell me what the other team did, too."

He also argues that people in desperate straits because they're running out of antibiotic options tend to be older and sicker.

"Those are the people that need our help the most," Powers says.

Until 2006, Powers was the FDA's lead medical officer for antimicrobial drug development and resistance initiatives. He says the drug industry has long lobbied for loosening of drug approval standards.

"A lot of the discussion around this has been about how to cut corners and decrease the standard by which these drugs should be approved," he says. "If we say that we're developing lifesaving new drugs, then we ought to be able to show that they actually save lives."

Powers acknowledges that it should be possible to design smaller comparison studies to demonstrate safety and efficacy for selected groups of patients suffering from drug-resistant infections. But how to make sure only those patients get such drugs after approval is a problem that hasn't been solved.

Meanwhile, Woodcock says she hopes Congress will pass legislation soon to make it easier for the FDA to approve new antibiotics.