Accessibility links
Evolving Tuberculosis Bacteria Are Beating Old Treatments : Shots - Health News Tuberculosis was once a top killer in the U.S. The disease was such a threat that overcoming it helped lay the groundwork for modern medicine. Now the bacteria are growing resistant to many antibiotics, and some doctors worry TB could rebound.

Medicines To Fight White Plague Are Losing Their Punch

Medicines To Fight White Plague Are Losing Their Punch 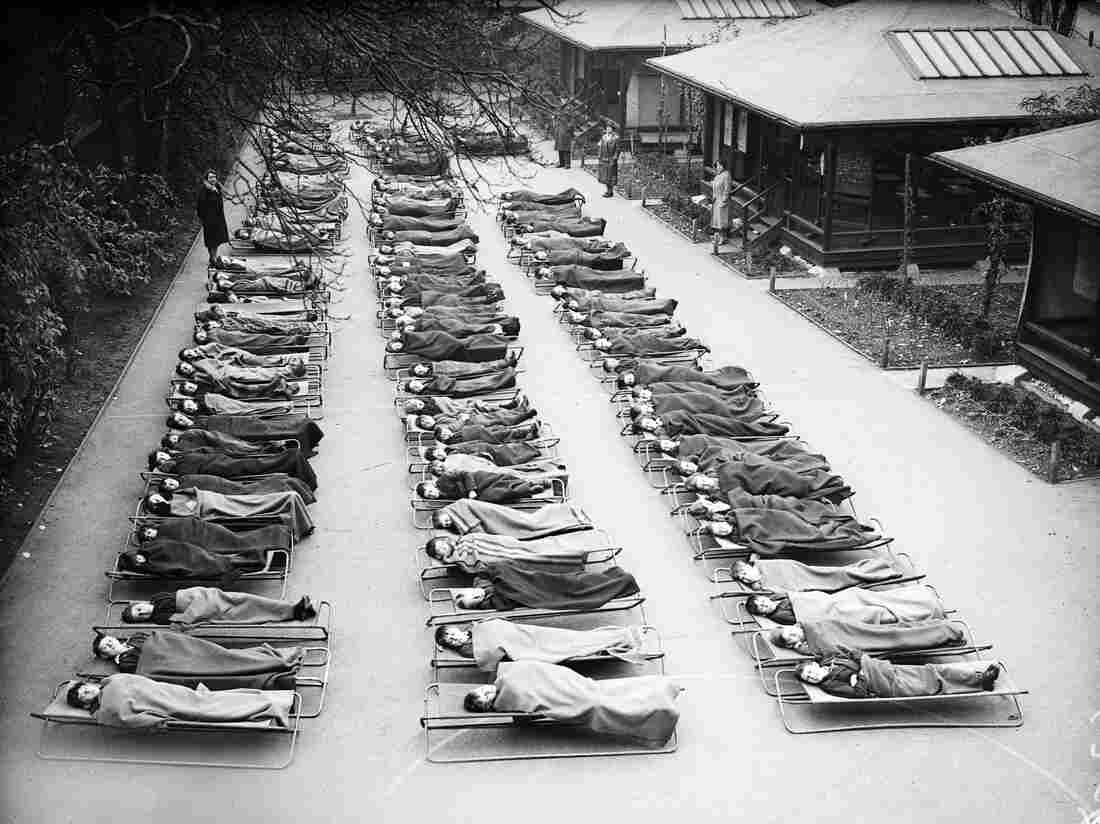 Children with tuberculosis sleep outside at Springfield House Open Air School in London in 1932. Like sanatoriums, these schools offered TB sufferers a place to receive the top treatment of the day: fresh air and sunshine. Fox Photos/Getty Images hide caption 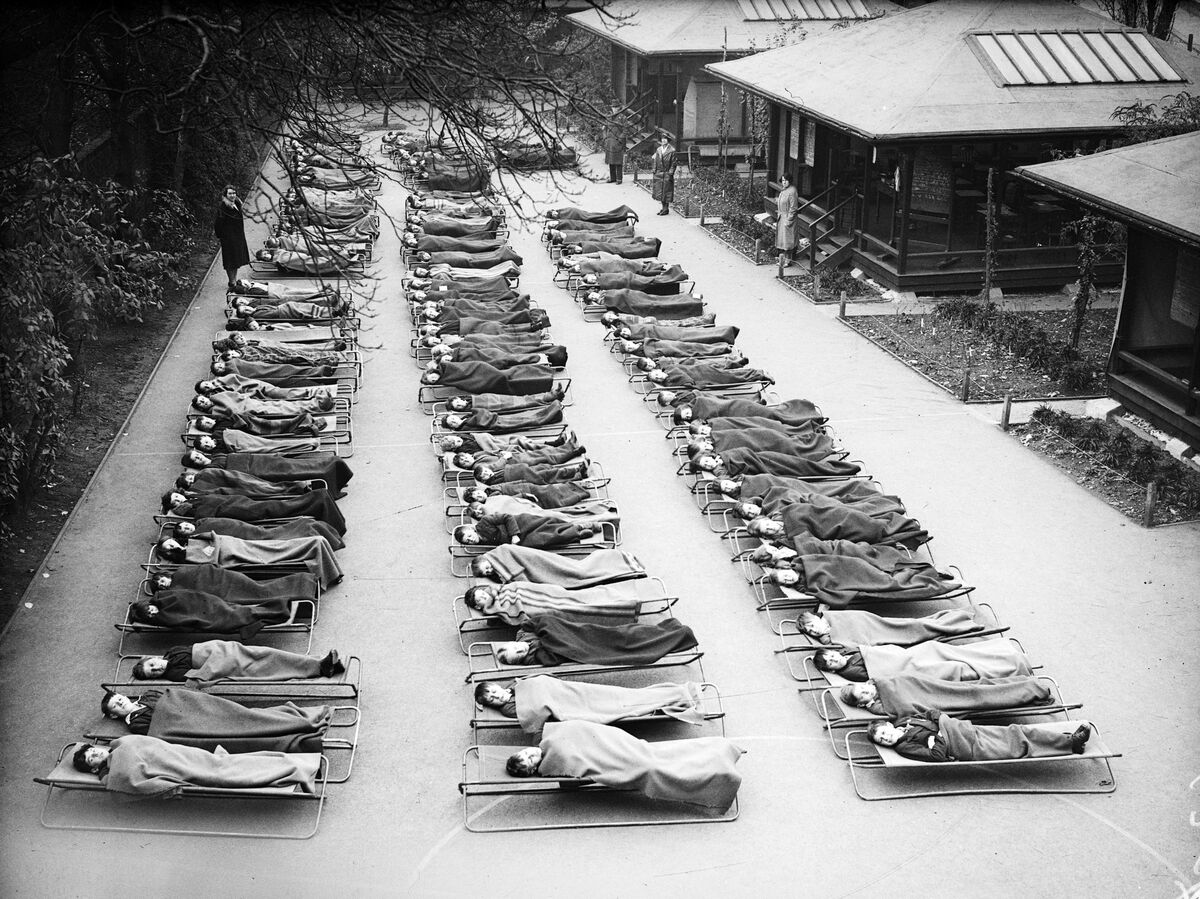 Children with tuberculosis sleep outside at Springfield House Open Air School in London in 1932. Like sanatoriums, these schools offered TB sufferers a place to receive the top treatment of the day: fresh air and sunshine.

You probably don't think about tuberculosis much. Why would you? The number of cases in the U.S. is at an all-time low.

But TB has returned with a vengeance in some parts of world, and there have been some troubling outbreaks here at home, too.

Many of the cases come with a deadly twist. They're resistant to standard drugs and can take years of painstaking treatment to bring under control.

Over the past few months, we've been chronicling the heavy toll TB takes on people, including serious side effects from medications, isolation from communities and the social stigma that often accompanies infection.

People who spend their time thinking about how to fight the disease want everyone to know more about the growing public health challenge. "TB is not at all treated with the diligence that it should be," Dr. Mel Spigelman, who leads the nonprofit TB Alliance, tells Shots. "If Angelina Jolie had TB instead of the BRCA1 mutation, it would probably get more attention."

That surely wasn't the case a hundred years ago. "TB was the No. 1 killer in the U.S.," Spigelman tells Shots.

In fact, TB was such a problem that overcoming it helped lay the groundwork for modern medicine. The disease also inspired some of the great plays, books and operas of the 19th century. Think Victor Hugo's epic novel Les Miserables and Giacomo Puccini's heart-wrenching masterpiece La Boheme.

Some historians estimate that the so-called white plague caused about 25 percent of all deaths in Massachusetts and New York during the 19th century. TB wiped out nearly a quarter of Europe's population around the same time.

When the German scientist Robert Koch discovered the TB bacterium, Mycobacterium tuberculosis, in 1882, he also figured out a way to identify the culprit for any infectious disease. Scientists still use Koch's postulates today when new pathogens emerge. 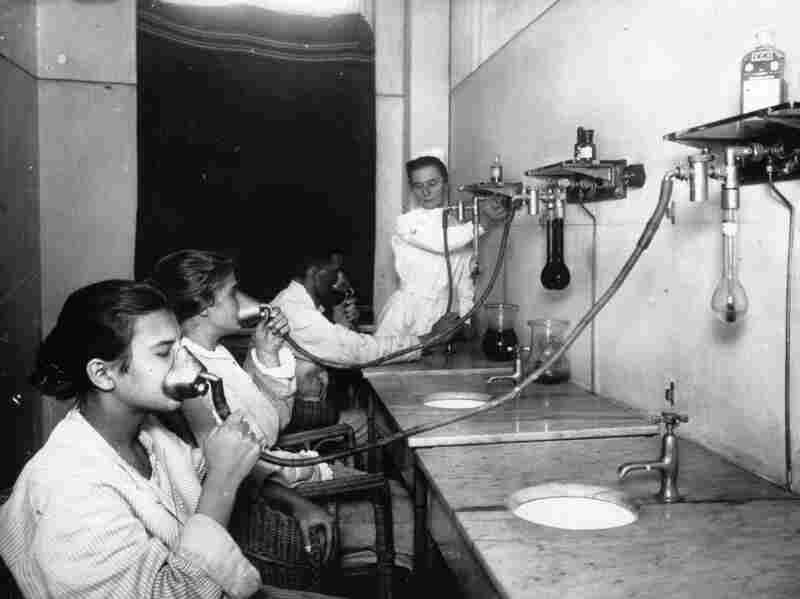 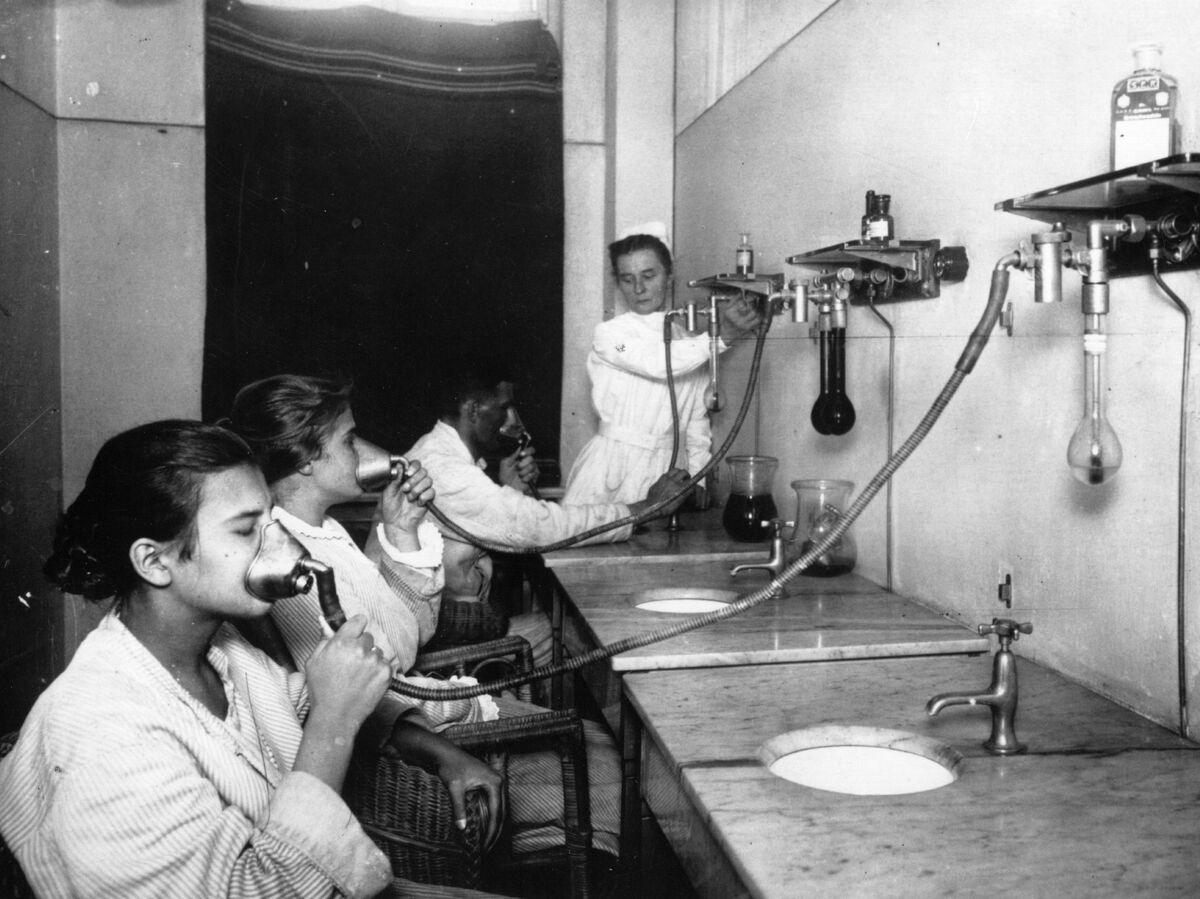 Kids receive treatment at a tuberculosis clinic in Friedrichstadt, Germany, circa 1925.

Sixty years after Koch's discovery, British doctors conducted what's thought to be the first large-scale, randomized drug trial to test the effectiveness of the antibiotic streptomycin against TB.

While scientists were searching for TB under the microscope, artists were busy expressing how it felt to live with what was euphemistically called "consumption."

"It was the fashion to suffer from the lungs; everybody was consumptive, poets especially," wrote Alexandre Dumas, author of The Three Musketeers, in his memoir. "It was good form to spit blood after each emotion that was at all sensational, and to die before the age of 30."

From the works of John Keats and Lord Byron to Charles Dickens and Fyodor Dostoevsky, references to TB pervade art and literature in the 19th and early 20th centuries. "George Orwell's Animal Farm is probably based on his experience living in a sanatorium," Spigelman says.

Although TB isn't as contagious as the flu or chickenpox, the bacteria spread through sneezing and coughing. So by the early 19th century, governments had built large hospitals or sanatoriums across the U.S. and Europe to isolate patients and offer a place to provide the top treatment of the day: fresh air, sunlight and a good diet.

Sanatoriums' doors closed by the 1960s, as antibiotics wiped out infections and TB cases in the U.S. steadily declined. 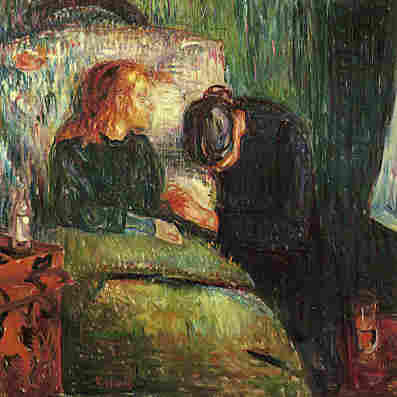 Edvard Munch's The Sick Child depicts the moments before his sister died of tuberculosis in 1896. Edvard Munch/Wikimedia.org hide caption

Now the number of new U.S. cases each year — about 10,000 — is low compared with many other common diseases. But the known TB cases are just the "tip of the iceberg" when it comes to the total number of people infected, Spigelman says.

Only a small percentage of people who catch TB actually get sick. In the other cases, the bacteria take up long-term residency in the lungs and don't cause any harm — but these people still need to be treated, Spigelman says.

"With TB, there really is a mushrooming effect," he adds. And it can get expensive, quickly.

Just take a look at the high cost of a small TB outbreak in Sheboygan, Wis., where nine people have been diagnosed with drug-resistant infections. Stopping the outbreak is expected to cost nearly $5 million.