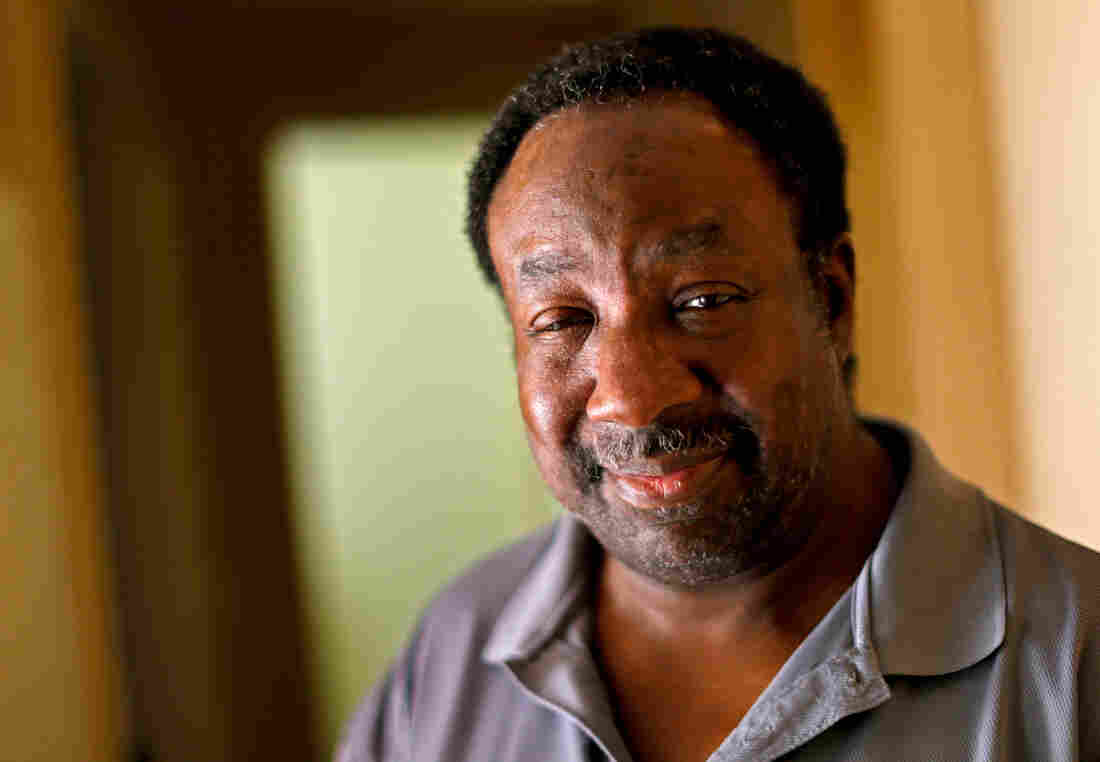 Mike Jackson has diabetes and high blood pressure. His eye was damaged after he cut back on insulin because he couldn't afford it. Bryan Terry for NPR hide caption

For many years, high medical bills have been a leading cause of financial distress and bankruptcy in America. That pressure may be easing ever so slightly, according to a survey released earlier this week by the Centers for Disease Control and Prevention.

But 1 in 5 Americans still face hardships due to medical costs — and African-Americans continue to be the hardest hit.

A poll by NPR, the Robert Wood Johnson Foundation and the Harvard School of Public Health found that 24 percent of African-American families say they've had problems paying for needed prescription drugs. The poll is part of NPR's ongoing series, The View From Black America.

Mike Jackson is one of those people. Jackson, 52, lives in Oklahoma City and works for a major insurance company. He has high blood pressure and hypertension, and has been diabetic for 15 years.

That's "would have," because Jackson couldn't pay. This time last year, he was laid off, got divorced and lost his health benefits.

He worried that he wouldn't be able to afford the insulin he needs to control his diabetes, so he started cutting back.

"Instead of taking 60 units twice a day, I was taking 30 units twice a day," Jackson told NPR. "The idea behind that was if I watched what I would eat and then stay with the 30 units — I would keep my blood sugar down enough that hopefully it would not be much of a problem." 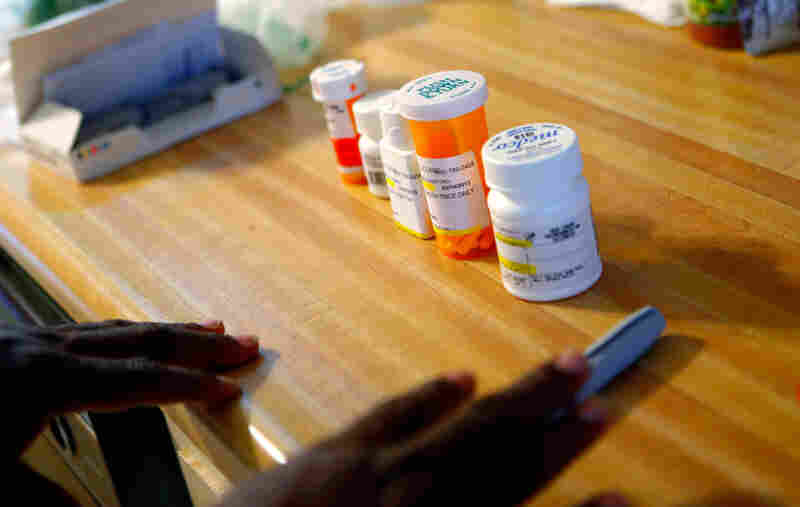 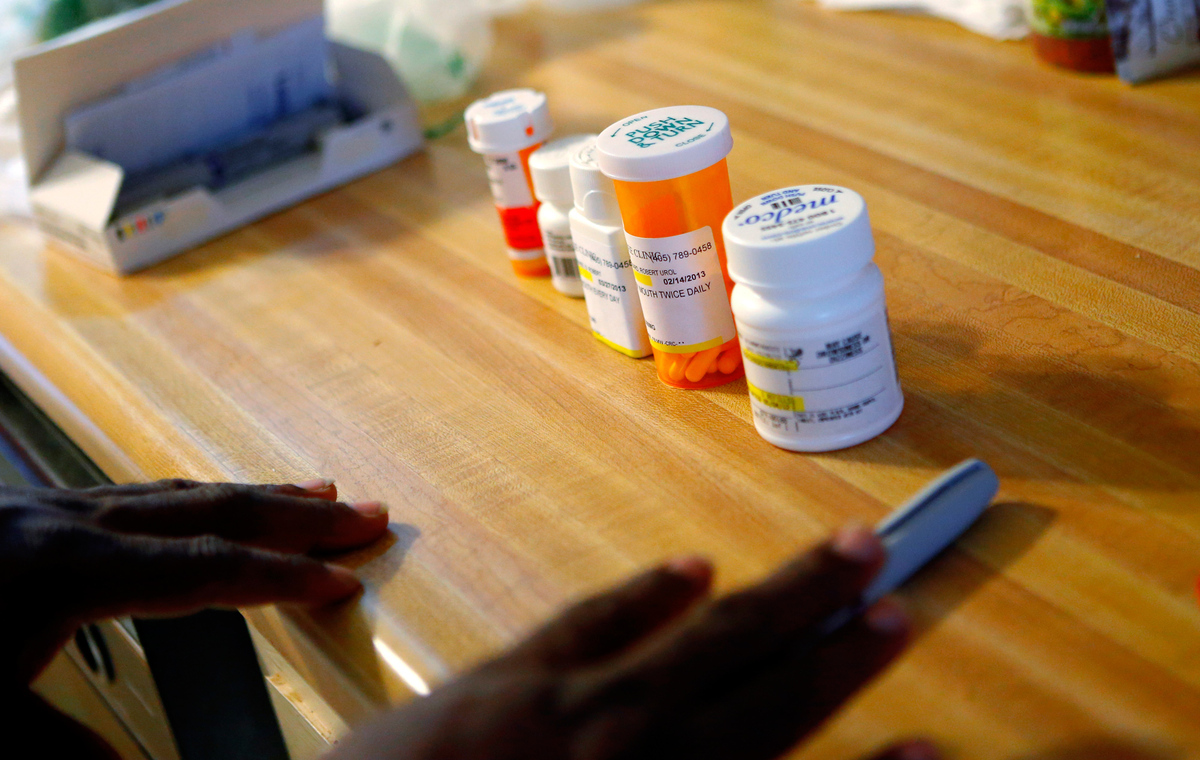 But cutting back on insulin for eight months did cause problems. Jackson developed numbness in his foot and toes, and nerve damage in his eye — all complications of uncontrolled diabetes. "My left eye actually shut; wouldn't open," Jackson says. "The muscle for my eyelid won't open."

An ophthalmologist gave Jackson a discount, but Jackson is still struggling to make payments.

In response to an NPR Facebook callout, 30-year-old Ashley Liggins of Fort Worth, Texas, wrote that she'll never forget being without health insurance and having to decide between medication for high blood pressure, gas for her car, or food for the week.

Like Jackson, Liggins also tried to stretch out the medication she had by reducing the dose and even borrowing pills from her mother. "I was really worried," says Liggins, who now works in the financial services industry. "High blood pressure runs in my family."

A single mother of two wrote to us about being sued for unpaid medical bills totaling nearly $5,000. She has no idea how she'll pay. She, too, has high blood pressure, a common worry among African-Americans in our poll.

One in 3 African-Americans surveyed said they, too, had serious problems paying bills from doctors or hospitals in the past year.

"We specifically asked African-American families what were the top concerns they had for health in their own families," says Robert Blendon, a professor of health policy at the Harvard School of Public Health, who partnered with NPR for this survey. "And we ended up with high blood pressure, stroke and diabetes as being the top." 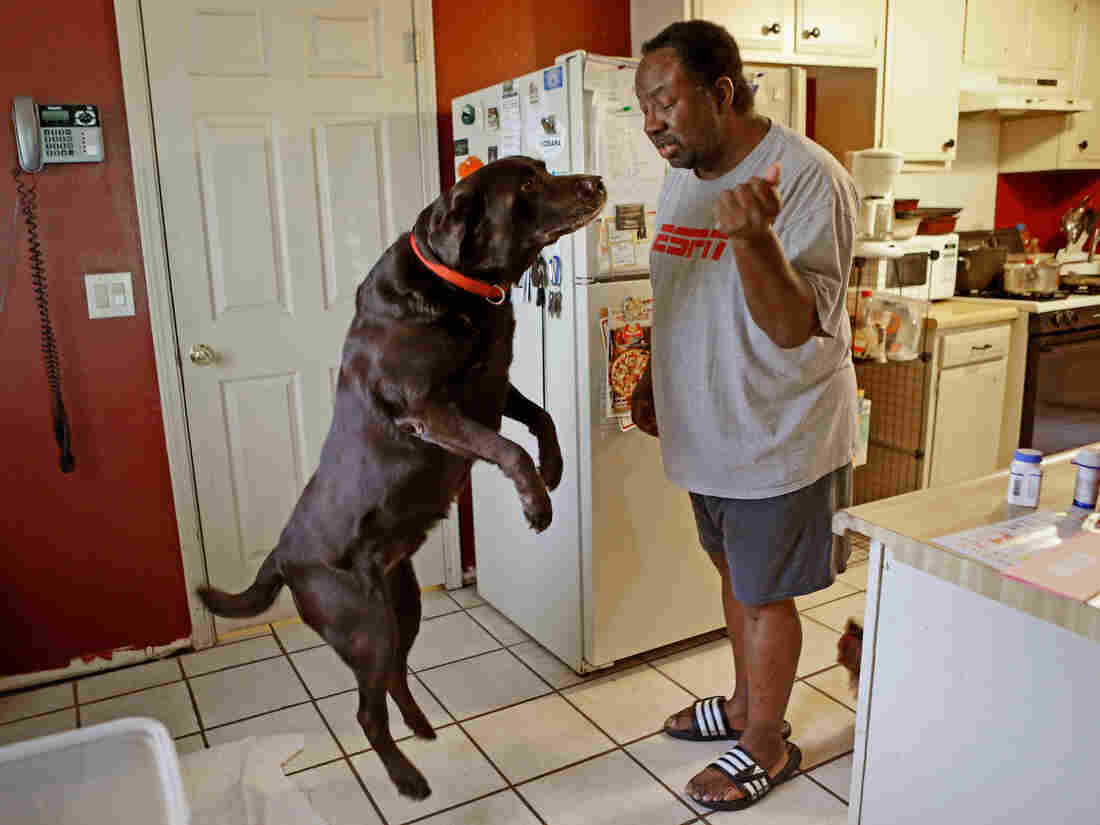 Mike Jackson and his dog Coco at home in Oklahoma City. He says of his medical costs: "If anything goes wrong, I'm one step away from disaster." Bryan Terry for NPR hide caption 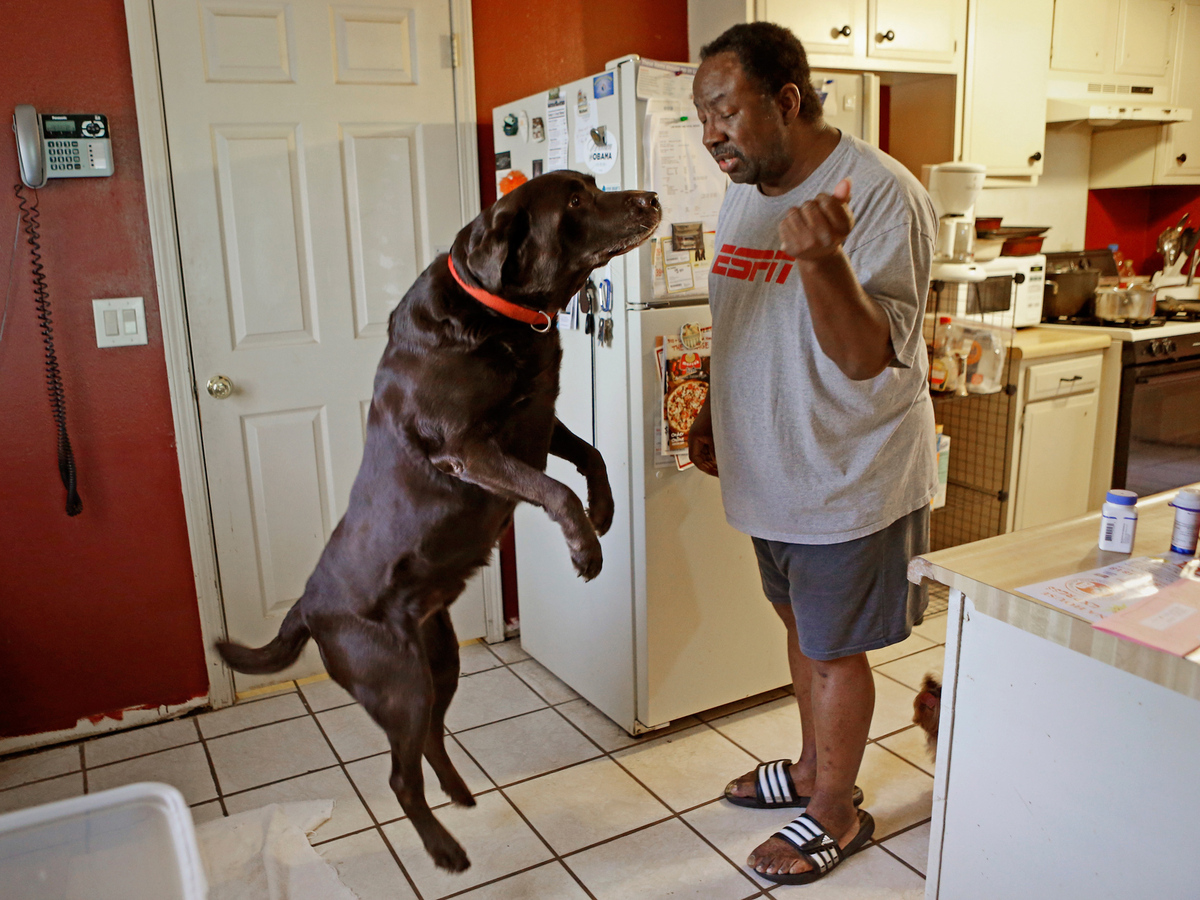 Mike Jackson and his dog Coco at home in Oklahoma City. He says of his medical costs: "If anything goes wrong, I'm one step away from disaster."

That's in contrast with other national surveys, where cancer and other types of illnesses are often raised as the biggest concerns.

And even though most of the people in this poll did have health insurance, nearly half still worried that if they suffered a major illness in the future, they wouldn't be able to pay for medical care.

"We found general economic insecurity among families who generally were doing well," says Blendon, "and this fear of paying a larger medical bill was just one of the top problems they had."

For Mike Jackson, covering the cost of caring for a chronic health problem became impossible. He's now working, but it's a temporary job that doesn't offer health benefits. And Jackson worries every day about the future.

"It's one of those things where, if something happens to my car or to me healthwise, I'm in trouble. If anything goes wrong, I'm one step away from disaster."