Accessibility links
Designated Drivers Often Fail To Abstain From Drinking : Shots - Health News Breath tests after a college football game revealed that many designated drivers had been drinking. Researchers say their alcohol levels were lower, on average, than people who weren't going to drive. But the findings suggest more education is needed. 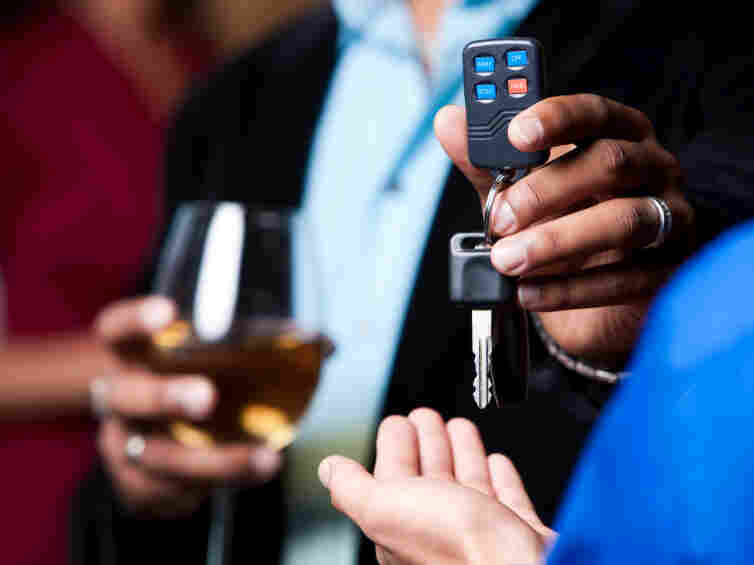 Has the person taking the car keys been drinking, too? Jacom Stephens/iStockphoto.com hide caption 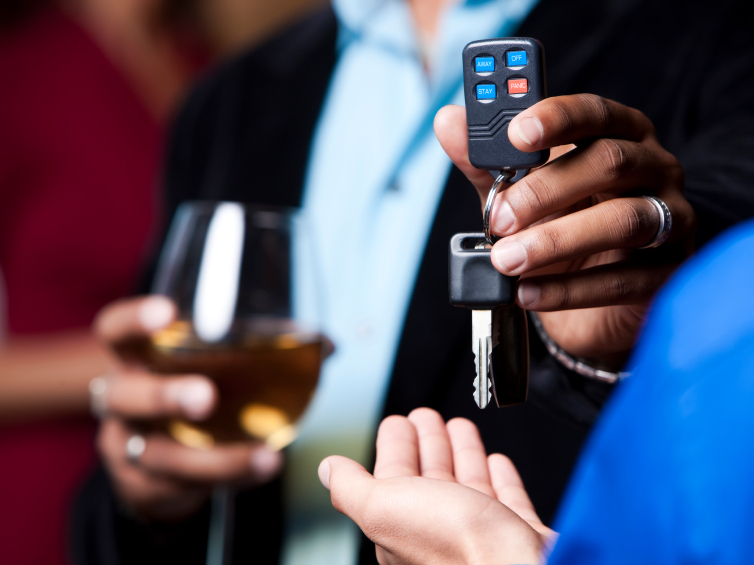 Has the person taking the car keys been drinking, too?

We might need to change the definition of a designated driver from noble abstainer to something along the lines of not as drunk as you.

The idea of having one person in a group agree not to drink so that everyone else can get home safely after a night of alcohol-fueled fun has been promoted as a way to reduce the dangers of drunken driving, especially among teenagers and young adults.

But when researchers put the idea to the test, the results weren't all that reassuring. When they gave breath tests of young adults leaving a bar on Saturday night, they found that 41 percent of the designated drivers had been drinking. Almost 20 percent had been drinking enough to be considered impaired drivers.

It may be that these youthful bon vivants interpret the duties of designated driver differently than do safety advocates.

In Europe, a designated driver is widely considered to be the less inebriated driver, not an abstainer. And surveys of drivers in the U.S. have found that they think it's fine for the designated driver to drink, as long as her or his blood alcohol level is below the legal limit.

But when people's driving skills while drinking are tested in laboratories, they start getting messed up much earlier than many people think. Some studies have found driving skills impaired with a blood alcohol level of 0.02 percent — much lower than the 0.08 percent that's the current legal limit across the U.S. At 0.05 percent, pretty much everyone's unable to drive very well.

Last month, the National Transportation Safety Board called for lowering the blood alcohol limit of 0.05 percent, to better reflect that fact.

In this study, researchers at the University of Florida tested the blood alcohol levels of 1,071 people leaving bars in Gainesville on Saturday night, after a Gators home football game. There were 165 people who said they were designated drivers. The breath test showed that 41 percent had been drinking.

All of the participants were above 18; their average age was around 30, and about half of them were students. The more impaired designated drivers were also more likely to binge drink and engage in dangerous drinking behavior overall. The study was published in the July issue of the Journal of Studies on Alcohol and Drugs.

Bottom line: The researchers write that there's a need for "communications campaigns that a [designated driver] must be someone who abstains from drinking entirely."