Accessibility links
FDA OKs Prescription-Free Plan B For All Ages, Ending Battle : Shots - Health News The morning-after pill for emergency contraception was first approved by the FDA way back in 1999. Since then, activists have been fighting with two administrations to allow over-the-counter sales to women and teenagers. Now, after a long legal fight, the agency has agreed. We put together a timeline to recap the saga.

FDA OKs Prescription-Free Plan B For All Ages, Ending Battle

FDA OKs Prescription-Free Plan B For All Ages, Ending Battle 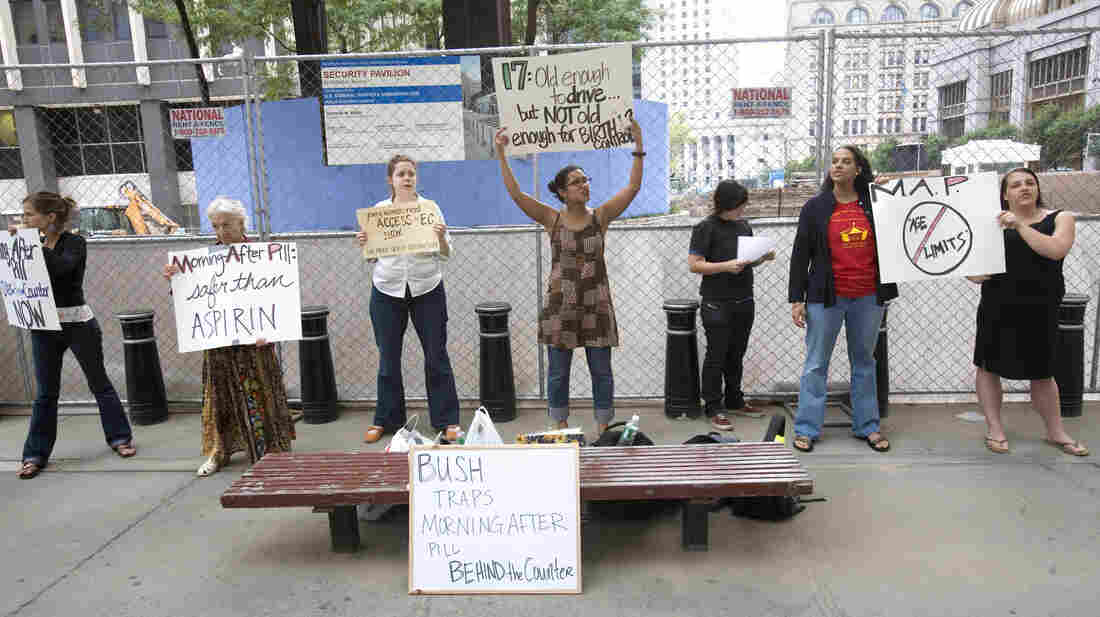 Protesters picket in front of the Jacob K. Javits Federal Building in New York City in 2006 for the removal of an age limit on the morning-after pill. Bloomberg/Bloomberg via Getty Images hide caption 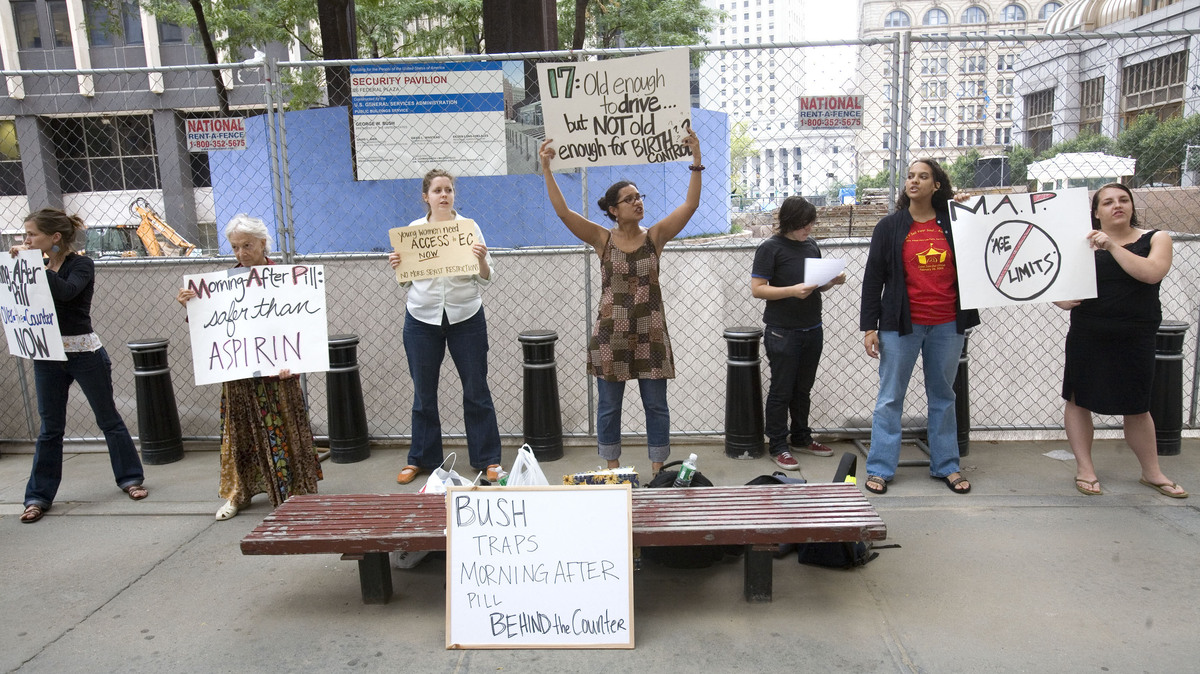 Protesters picket in front of the Jacob K. Javits Federal Building in New York City in 2006 for the removal of an age limit on the morning-after pill.

The Food and Drug Administration Thursday evening approved over-the-counter sale, with no age restrictions, of Plan B One-Step. That's the morning-after pill whose status has been the subject of a dozen years of political wrangling and legal dispute.

The action came after a court order issued in April by a federal district court judge in New York. The Obama administration originally appealed the ruling, but when it became clear that it would lose, agreed to make the product available as ordered.

"Over-the-counter access to emergency contraceptive products has the potential to further decrease the rate of unintended pregnancies in the United States," said Dr. Janet Woodcock, director of the FDA's Center for Drug Evaluation and Research, in a statement.

But the wrangling over the drug — which can prevent most pregnancies if taken within 72 hours of unprotected sex — isn't completely over.

The FDA's approval only applies to a single product. Generic copies, as well as older two-pill versions that include the same active ingredient, will remain restricted by age, with prescriptions required for those under age 17, at least for now.

That will mean that they will also remain behind the pharmacy counter, be available only during regular pharmacy hours, and women will have to show identification to buy them.

A spokeswoman for the FDA said the agency hasn't yet decided whether and for how long Teva Pharmaceuticals, the maker of Plan B One-Step, would enjoy this so-called market exclusivity that would protect it from generic competition.

Considering all the twist and turns in the Plan B saga, we thought it would be a good time to pull together some of the key milestones in a tale that stretches back to 1999.

Take a spin through our interactive timeline. Click on an arrow to the left or right of the featured element, or select something from the slider below it.