Accessibility links
Go Easy On The Soy Sauce, Bro, It Could Kill You : Shots - Health News While there's been quite a debate lately about whether salt in the modern American diet is risky, there's no question that a massive amount of salt ingested quickly can lead to death. A young man in Virginia who chugged a bottle of soy sauce survived after prompt, aggressive medical treatment. 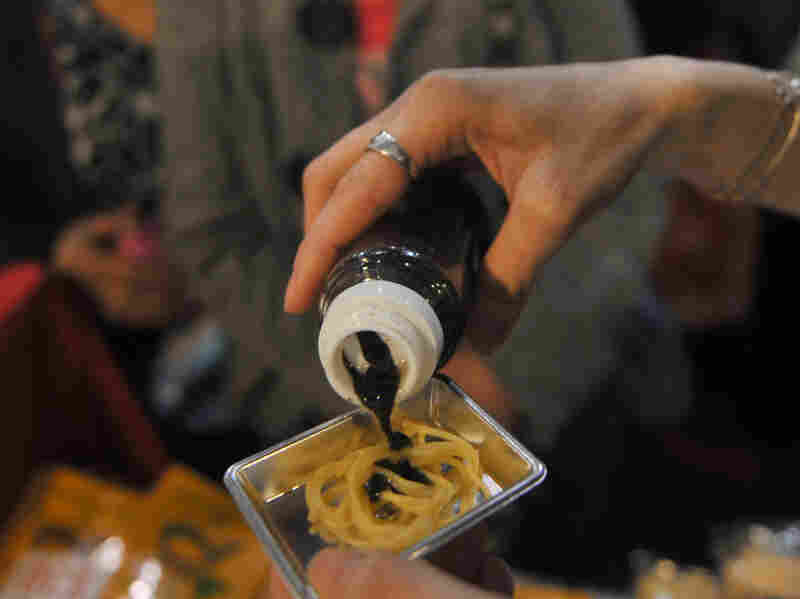 Keep the soy sauce on your food, and use it in moderation. Aaron Tam/AFP/Getty Images hide caption 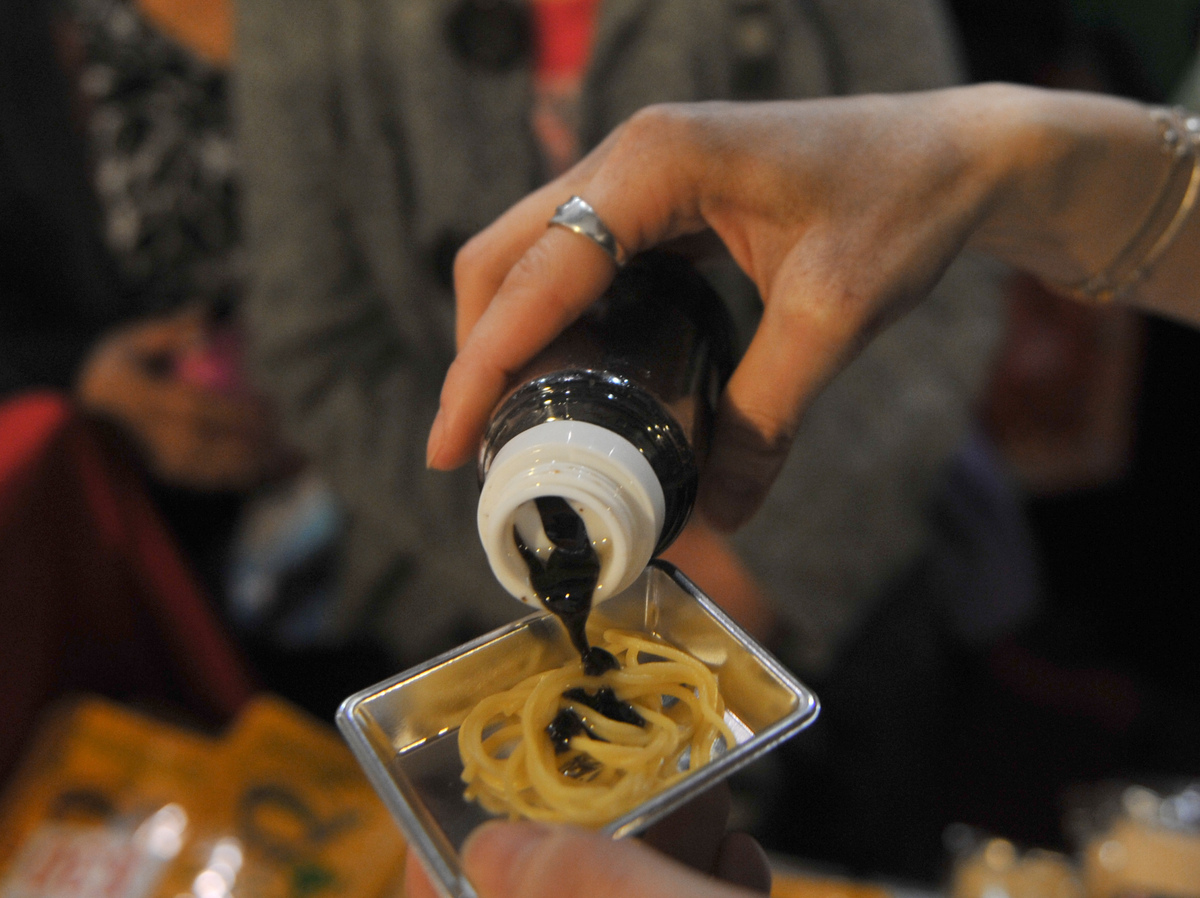 Keep the soy sauce on your food, and use it in moderation.

First, let's spoil this tale right away by telling you the 19-year-old man in Virginia who downed a quart of soy sauce on a dare survived.

It's a happy ending of sorts. But the guy had a close call. And you definitely don't want to try it.

While there's been quite a debate lately about whether the salt in the modern American diet is risky, there's no question that a massive amount of salt ingested quickly can lead to death.

In fact, suicide by soy sauce is not unknown in Asia. A 2011 report in the Journal of Forensic and Legal Medicine describes the case of a 55-year-old woman diagnosed with depression. She died after drinking "a large quantity of shoyu (Japanese soy sauce)," doctors wrote.

Back in the early '90s, Mayo Clinic doctors reported on a 41-year-old man who died after swallowing a salty gargling solution. That case and a look at the medical literature up to that point led them to caution other doctors about using salty water to induce vomiting.

A salt dose ranging from 0.75 grams to 3 grams per kilogram of body weight can kill someone. A tablespoon of salt weighs about 15 grams, in case you're wondering.

If you're metrically challenged, just consider that the unnamed fellow in the report published online by the Journal of Emergency Medicine, weighed about 160 pounds and probably consumed around 170 grams of salt by drinking a bottle of soy sauce. That works out to a little more than 2 grams of salt per kilogram in his case.

After downing the soy sauce, he ran into trouble pretty fast. Within two hours he was in the emergency room at a local hospital. He was grinding his teeth and didn't respond to pain or verbal commands. His arms were stiff and at his side.

Doctors were worried about seizures and put him on drugs to control them. They also ran a tube from his nose into his stomach and sucked out some "brown material with scant streaks of blood," the report says.

The patient was transferred to a bigger hospital, the University of Virginia Medical Center in Charlottesville, within four hours of the soy sauce guzzling.

His blood sodium level measured at the medical center was the highest ever seen in an adult who survived such intoxiciation without lasting neurological problems, the medical paper says.

But the doctors didn't know if that would be the case. They opted for rapid treatment with water containing dextrose, a sugar, to dilute the sodium and encourage urination. The guy got six liters of IV fluid in half an hour. The sodium concentration in his blood fell, and he produced more than four liters of urine in short order.

The doctors took an aggressive approach even though there was a risk the man might experience brain swelling and other neurological side effects. They didn't see any.