Accessibility links
Administration's Plan For Morning-After Pill Pleases No One : Shots - Health News The Obama administration's move to drop opposition to over-the-counter sales of emergency contraception is pleasing no one. It proposes making just one brand-name form available to all ages without a prescription. 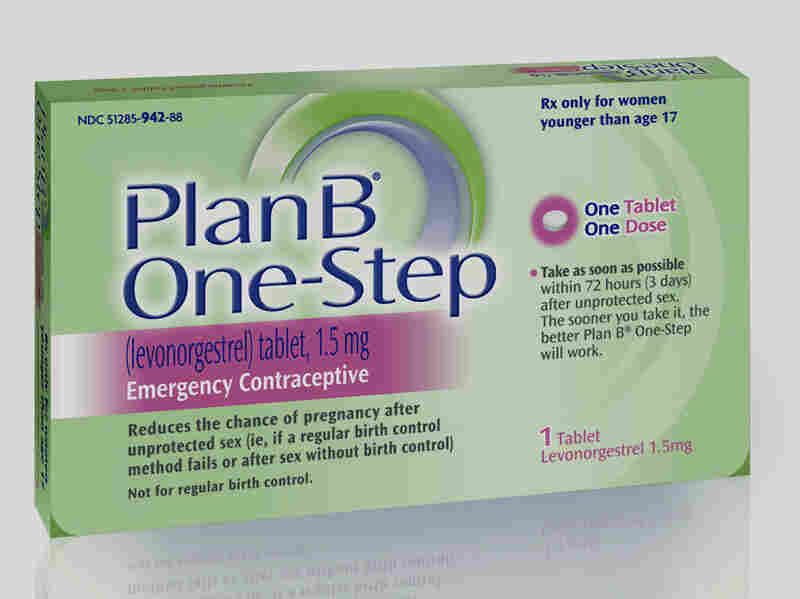 Plan B One-Step might be the only emergency contraceptive available to all ages without a prescription. ASSOCIATED PRESS hide caption 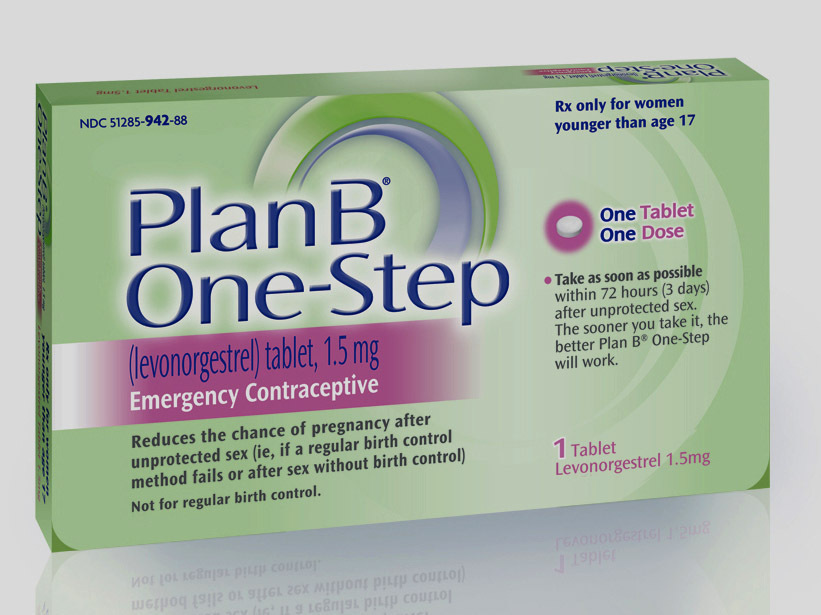 Plan B One-Step might be the only emergency contraceptive available to all ages without a prescription.

Reaction was swift to the Obama administration's announcement Monday night that it was dropping a long-running legal battle to keep age restrictions on one type of the morning-after birth control pill.

But like just about everything else in this decade-long controversy, the latest decision has pleased just about no one.

To be clear, the administration is not proposing that all forms of the drug be made available over the counter without age restrictions.

In fact, in its legal filing last night the Justice Department and the Food and Drug Administration are suggesting full on-the-shelf availability for only a single product, Plan B One-Step.

The generic form of the that drug, as well as older two-pill versions of the product, would remain available to teens under age 17 only by prescription.

At the White House briefing today, spokesman Jay Carney said President Obama remains opposed to making the drug available to younger teens, but he conceded that the administration's hand was forced legally.

"We have been through a legal process and the court has ruled against the administration; an appeals court," Carney said.

That was a reference to a ruling last week denying the administration's request to delay an earlier ruling that said the drug should be available without age restrictions, at least while the appeal was heard.

"And that ruling means that — meant that Plan B would be immediately available to anyone, of any age," said Carney.

Except that wasn't quite right. For technical legal reasons, it meant that only the older, two-pill formulation would become immediately available.

Instead, the administration proposes keeping the two-pill version age-restricted and making the brand-name version of the one-pill product, Plan B One-Step, available on the pharmacy shelf. Carney said that is "because at the very least that addresses some of the concerns about the ability of younger girls to use that medication."

Advocates for making all forms of the drug available dispute the administration's claims about younger teens' ability to use the two-pill formulations. The products use the same hormone to prevent ovulation, and thus pregnancy, but the two-pill version uses two doses taken 12 hours apart.

"The government has been trying to argue for years that there's a distinction, and the evidence in the record is that the two-pill product is safe and effective and should be on the drugstore shelves," said Nancy Northup, president of the Center for Reproductive Rights, which successfully argued the lawsuit that prompted the action.

But there's a more important reason why those who have been fighting for broader availability of the drug are unhappy with the administration's proposal. Plan B One-Step is the only brand-name product now available and thus the most expensive.

It retails for between $40 and $50, "and this is not a minor issue," said Susannah Baruch, interim president and CEO of the Reproductive Health Technologies Project. "It has a real impact on giving all women meaningful access to emergency contraception. We know generics tend to be $10 to $20 cheaper than the name brand, and that can make all the difference for many women."

Other more conservative groups are also unhappy, but for the opposite reason. They don't want the product available to teenagers without a prescription at all.

"We feel like they had a very good stance on the issue and that they were sticking by their guns, which was to protect young girls and also parental rights," says Anna Higgins, who heads the Family Research Council's Center for Human Dignity. "So the fact that they're throwing in the towel now just shows that they are caving to some political pressure."

It's not at all clear what happens next. But one thing that is pretty clear, says Baruch: "Don't expect to see the product at your neighborhood store instantaneously."

That's because there are still a lot of things that have to happen. First, the judge in the case has to approve the government's proposal — which is not certain to happen.

If he does, the FDA then has to approve new labeling for Plan B One-Step, which it has promised to do "without delay." Only then will the drug be coming to a retail shelf near you.