Accessibility links
Hands-Free Gadgets Don't Mean Risk-Free Driving : Shots - Health News Systems that turn a driver's speech into text are the most distracting. Drivers in a University of Utah test experienced a kind of inattention blindness that mean they sometimes overlooked potential hazards. 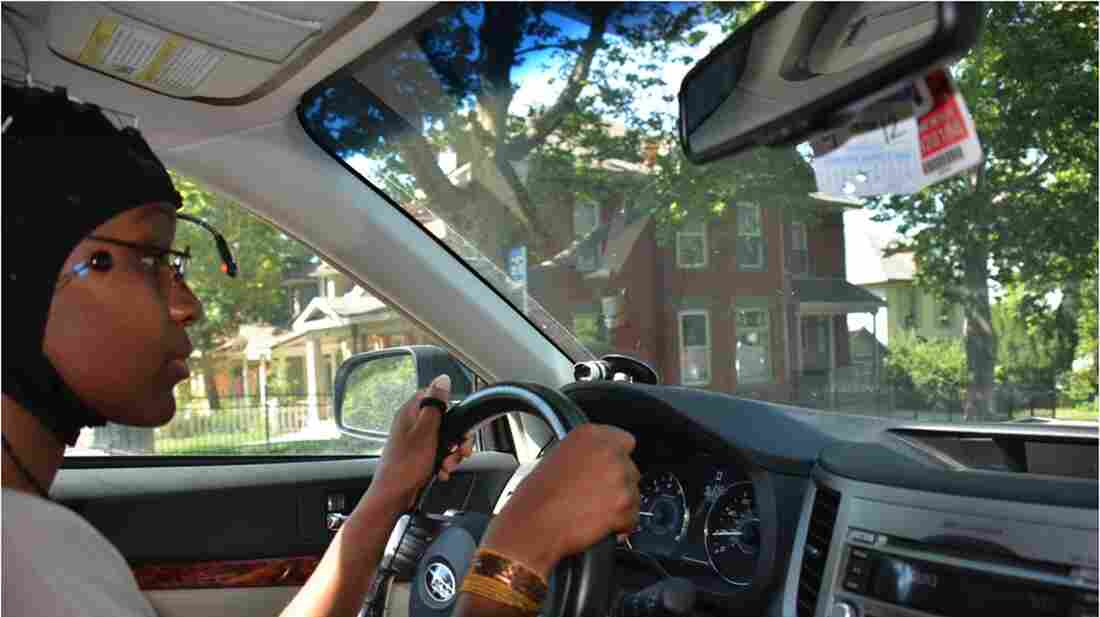 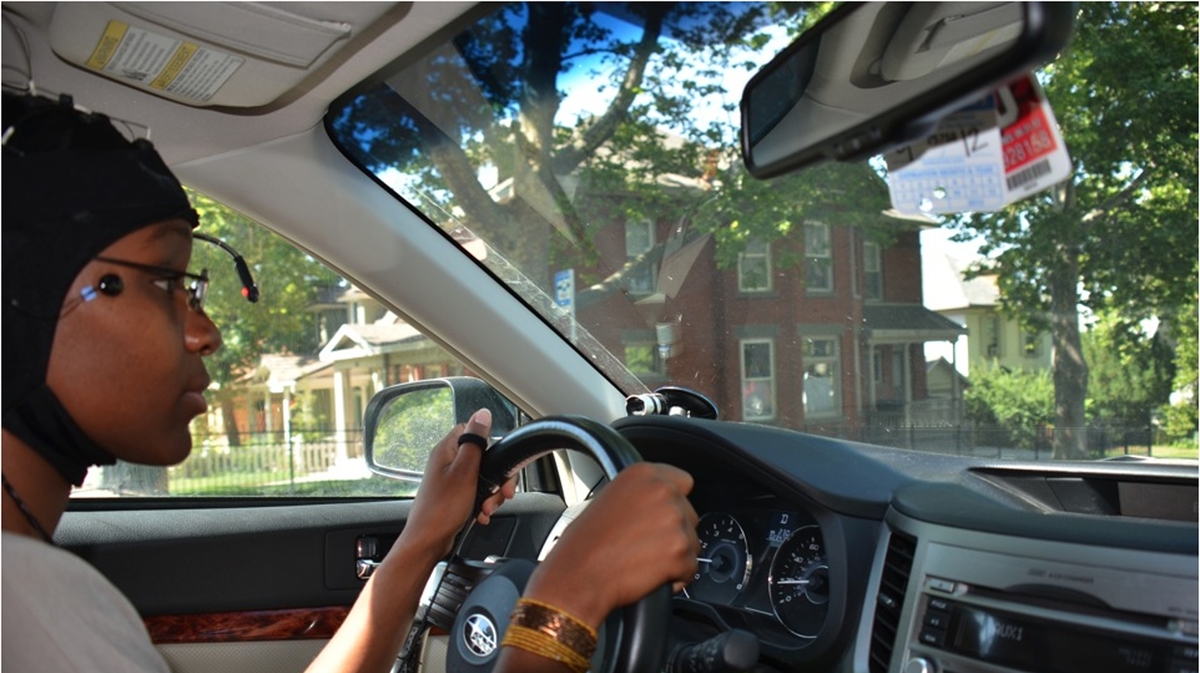 A University of Utah volunteer drives through Salt Lake City's Avenues neighborhood as a camera tracks her eye and head movement. Another device records driver reaction time, and a cap fitted with sensors charts brain activity.

If you've felt smug and safe using built-in, voice-controlled technology for text messages, email and phone calls while driving, forget it. There are some sobering findings about the risk of distraction from the American Automobile Association and the University of Utah.

Don't assume that if your eyes are on the road and your hands are on the wheel that you are unimpaired.

AAA commissioned a study by a University of Utah research team that has focused on distracted driving. The report can be found here.

"These new, speech-based technologies in the car can overload the driver's attention and impair their ability to drive safely," says psychology professor David Strayer. "Don't assume that if your eyes are on the road and your hands are on the wheel that you are unimpaired."

Strayer and his team tracked eye and head movements, charted brain activity and measured driver reaction time while test drivers in simulators and on the road listened to the car radio, talked on a cellphone (both handheld and hands-free) or listened to and responded to voice-activated email features.

"We found that interacting with the speech-to-text system was the most cognitively distracting," Strayer reports.

Voice-activated features "increased mental workload and distraction levels" and heightened risk, says Peter Kissinger of the AAA Foundation for Traffic Safety, which funded the study. Test drivers experienced "a type of tunnel vision or inattention blindness where motorists don't see potential hazards right in front of them," he says.

Strayer says that "an unintended consequence of trying to make driving safer — by moving to speech-to-text, in-vehicle systems — may actually overload the driver and make them less safe."

The Alliance of Automobile Manufacturers prefers to wait for other academic studies so that "a complete body of research" drives policy, spokesman Wade Newton says.

"We will need to review the AAA/University of Utah study, but we are extremely concerned that it could send a misleading message since it suggests that hand-held and hands-free devices are equally risky," Newton says. "The AAA study focuses only on the cognitive aspects of using a device, and ignores the visual and manual aspects of hand-held versus integrated hands-free systems."

The most distracting task for test drivers in the study involved remembering words while solving math problems while driving. The researchers don't actually believe that's a real-world problem. It's what they came up with to provide a benchmark for the most severe distracted driver reactions.

In you case you were wondering, the researchers took care to make sure that the drivers they were distracting weren't in danger. The cars used in road tests were outfitted with redundant brakes that researchers riding along could use, if necessary. They also could warn drivers about imminent hazards.