Accessibility links
In Arizona, An Unlikely Ally For Medicaid Expansion : Shots - Health News Republican Gov. Jan Brewer, one of President Obama's staunchest critics, has confounded conservatives in her own party by pushing for an extension of Medicaid coverage in the state. 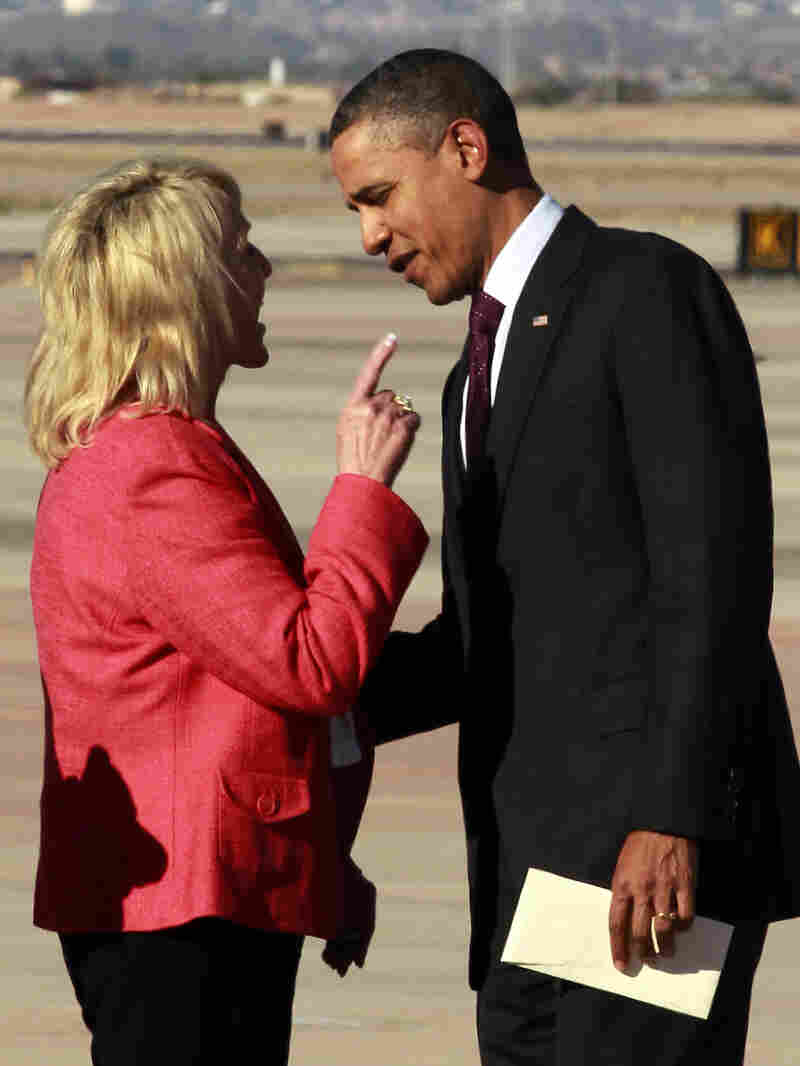 Arizona Gov. Jan Brewer, a Republican, points during an intense conversation with President Obama after he arrived at Phoenix-Mesa Gateway Airport in Mesa, Ariz. She has since made light of the incident in trying to rally support for a Medicaid expansion in the state. Haraz N. Ghanbari/AP hide caption 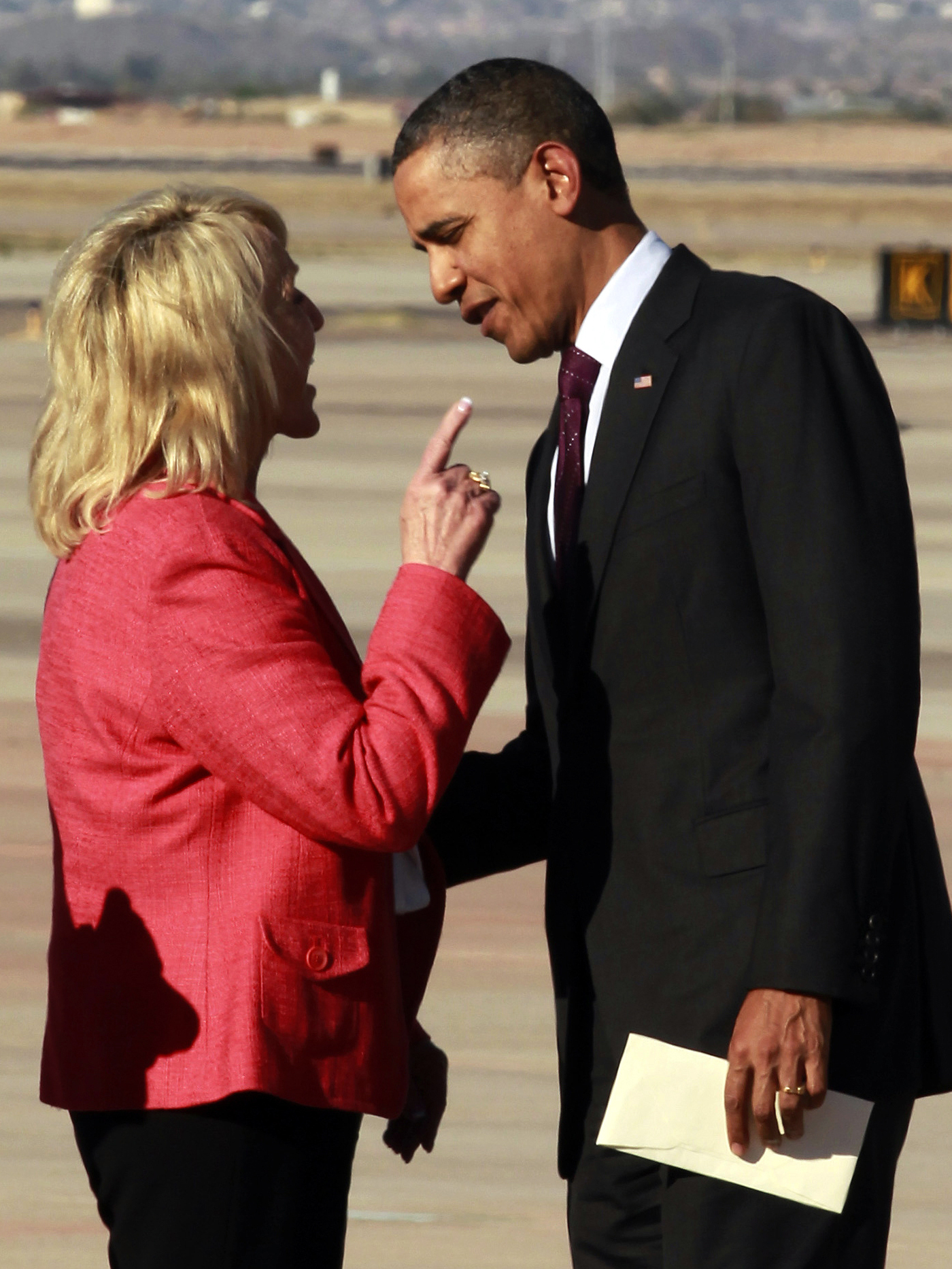 Arizona Gov. Jan Brewer, a Republican, points during an intense conversation with President Obama after he arrived at Phoenix-Mesa Gateway Airport in Mesa, Ariz. She has since made light of the incident in trying to rally support for a Medicaid expansion in the state.

The Arizona Legislature is debating whether to extend Medicaid to about 300,000 people in the state. The expansion is a requirement to get federal funding under the Affordable Care Act.

The big surprise is who has been leading the charge: Republican Gov. Jan Brewer. She's one of President Obama's staunchest critics and has confounded conservatives in her own party by supporting the expansion.

Google the words "Brewer" and "Obama." You'll get a now-famous image of Brewer wagging her finger at the president on the tarmac last year when she met him in Phoenix.

So imagine the shock when she used that very image to tell members of the Republican-controlled Arizona Legislature that they couldn't ignore the problem of uninsured poor people. "Nor can we simply simply wag our finger at the federal government," she said. "Trust me, I tried that once."

That happened in January. Since then, she's been joining business leaders and providers of health care for regular rallies on the Capitol grounds in Phoenix to support Medicaid expansion.

Half Of States May Not Expand Medicaid Under Obamacare

Brewer says it's the right thing to do, and it makes financial sense. Arizona Tea Party conservatives are viscerally opposed to the Affordable Care Act in any form. Some call the governor a traitor.

Florida Legislature At An Impasse Over Expanding Medicaid

First term Republican Rep. David Livingston isn't quite that harsh. "We're frustrated," he says. "I think would be the best word. It's going to bankrupt the country.

Democrats like Rep. Bruce Wheeler are delighted. "As you know, there are very few things we Democrats agree with the governor on, but we certainly do on this," he said. "We're her strongest supporters and boosters on expanding Medicaid."

Which brings us to the middle — a rare position in the state legislature for the last decade. After redistricting, Republicans lost their supermajority in both houses last November. Enough Democrats and moderate Republicans were elected to form a coalition which is working with Brewer.

Rep. Bob Robson is one of those Republicans. "I don't like Obamacare — never have," he says. "I don't like the concept. I think, if anything, it was pushed on the American people. But at the same time, that's not the issue that's before me."

The issue, says Robson, is money. Arizona would get $1.6 billion in federal aid to cover Medicaid patients if it expands enrollment. If it doesn't, the state has to come up with the money to treat existing uninsured patients.

What's remarkable is that Gov. Brewer and the coalition of Democrats and moderate Republicans managed to maneuver around the legislature's conservative leadership, which opposes Medicaid expansion.

But Tea Party conservatives like Livingston say those moderates will pay down during the 2014 elections. "That is the big war," Livingston says. "This is a battle in that war."

Conservatives vow to defeat the moderates through primary challenges next year. As for Brewer, this is her last term. Now that she's shown her strength, political threats don't mean much, anymore.