Accessibility links
Prevention Pill Cuts HIV Risk For Injecting Drug Users : Shots - Health News Needle sharing and drug use put an estimated 4,000 people at risk for contracting HIV every year. Now, the same medications that are used to treat HIV-positive individuals might also protect the uninfected before they engage in risky behavior. 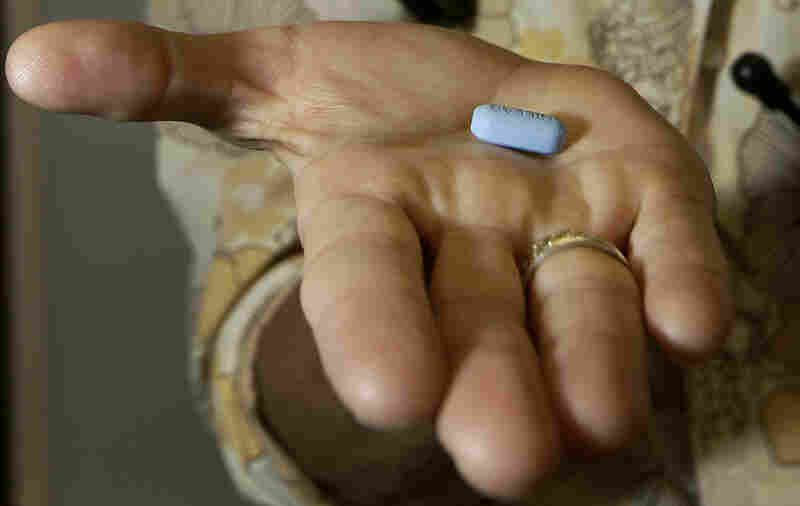 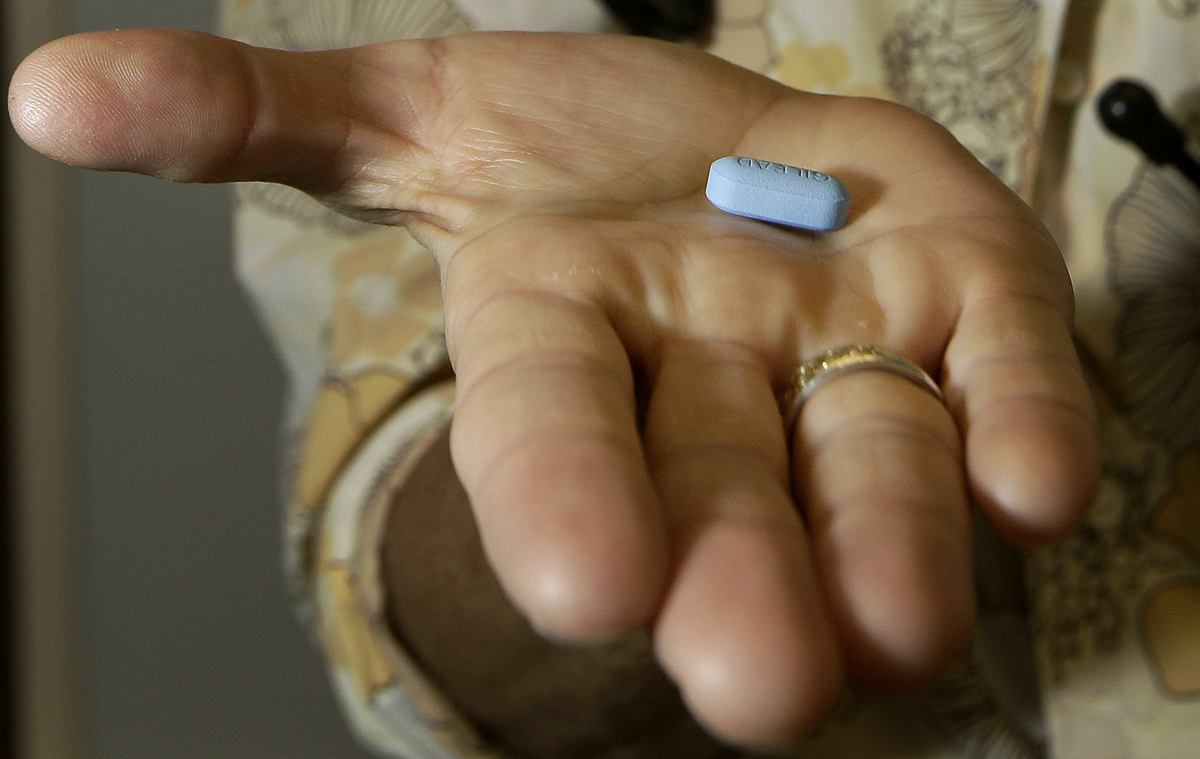 The Centers for Disease Control and Prevention says doctors should prescribe Truvada, a once-a-day pill for HIV, to help prevent infections in IV drug users.

A once-a-day pill has been proven to lower the risk of getting HIV among needle-using drug addicts, just as it does among heterosexual couples and men who have sex with men.

Among 2,400 injecting drug users in Bangkok, those assigned to take a daily dose of an antiviral drug Viread, or tenofovir generically, had half the risk of getting HIV over a four-year period as those who took a placebo pill. Among those who took tenofovir faithfully, there were 74 percent fewer infections.

Results of the long-awaited study, launched eight years ago, are the capstone of an HIV prevention strategy called PrEP, for pre-exposure prophylaxis.

The same antiviral drugs that have revolutionized the treatment of HIV since the mid-1990s have now been shown to prevent infection in all groups at risk of getting the virus. A year ago the Food and Drug Administration approved PrEP to prevent sexual transmission.

"We now know that PrEP ... can help HIV-uninfected people protect themselves from HIV regardless of the route of exposure," says Dr. Robert Grant of the University of California, San Francisco, who chaired a 2010 PrEP study involving men who have sex with men.

At the same time, the results leave many questions unanswered. How should daily antiviral medication be deployed in the real world outside a study setting for a diverse population of drug users who may not take the pills faithfully? How can it be paid for? And might it drain resources from another proven-but-controversial prevention strategy — providing drug users with clean needles?

The number of potential beneficiaries is enormous.

South African AIDS authority Dr. Salim Abdool Karim notes there are about 16 million injecting drug users around the world, and close to 20 percent of them are already infected with HIV.

The US Centers for Disease Control and Prevention says eight percent of the estimated 50,000 new HIV infections seen in this country every year are among injecting drug users — about 4,000 infections.

But in some places, such as the former Soviet republics of eastern Europe and parts of Asia, injection drug use is associated with as much as 80 percent of new HIV cases.

In a commentary that accompanies the findings in The Lancet, Karim says it an "important study," but cautions that PrEP "is not a replacement for politically sensitive needle exchange programs."

He also points out that it's not possible to know if the antiviral medicine prevents HIV infections solely from contaminated needles or from unprotected sex, because drug users "might also engage in commercial sex to get money for drugs."

Over the course of the study, injection drug use and needle sharing dropped sharply, perhaps because all participants got counseling about the riskiness of these behaviors. But since that was true for people who got tenofovir and placebo, the drug worked to lower infection risk.

Grant, the San Francisco AIDS researcher, notes that the study is the longest trial of PrEP so far, so the fact that no more serious side effects were seen among tenofovir-users shows that the drug is safe for as long as seven years. Some have worried about the potential for kidney damage and other ill effects.

Reports of nausea were higher among those on tenofovir, but only for the first two months. There were no signs that taking the drug led to the emergence of drug-resistant viruses.

The CDC, which helped fund the Thai study, says PrEP for injecting drug users "could contribute to the reduction of HIV incidence in the United States."

In interim guidelines published at noon Thursday, the CDC says doctors should use a drug called Truvada, which contains tenofovir plus an antiviral called emtricitabine, to prevent HIV in drug users. Truvada contains the same dose of tenofovir used in the Thai study, and it's the drug already approved for PrEP among those at risk for sexual transmission.

A CDC spokeswoman says the agency doesn't know how much the drug is being used for PrEP since the FDA approved it for this indication last summer, although anecdotal reports suggests the pickup has been slow.

A spokeswoman for Gilead Sciences, which makes Truvada, says the company provides the drug free of charge for US residents without insurance who meet income guidelines. But it's not clear how the drug would be made accessible in parts of the world where injection drug use accounts for most HIV infections – and government funding for HIV prevention is scarce.