Accessibility links
When Sibling Fights Go Beyond Harmless Kid Stuff : Shots - Health News Children who are the target of physical aggression or verbal abuse from siblings are more depressed and anxious than children who aren't victimized. Parents tend to consider sibling conflict normal, researchers say, but they should teach children how to fight fair to reduce psychological distress. 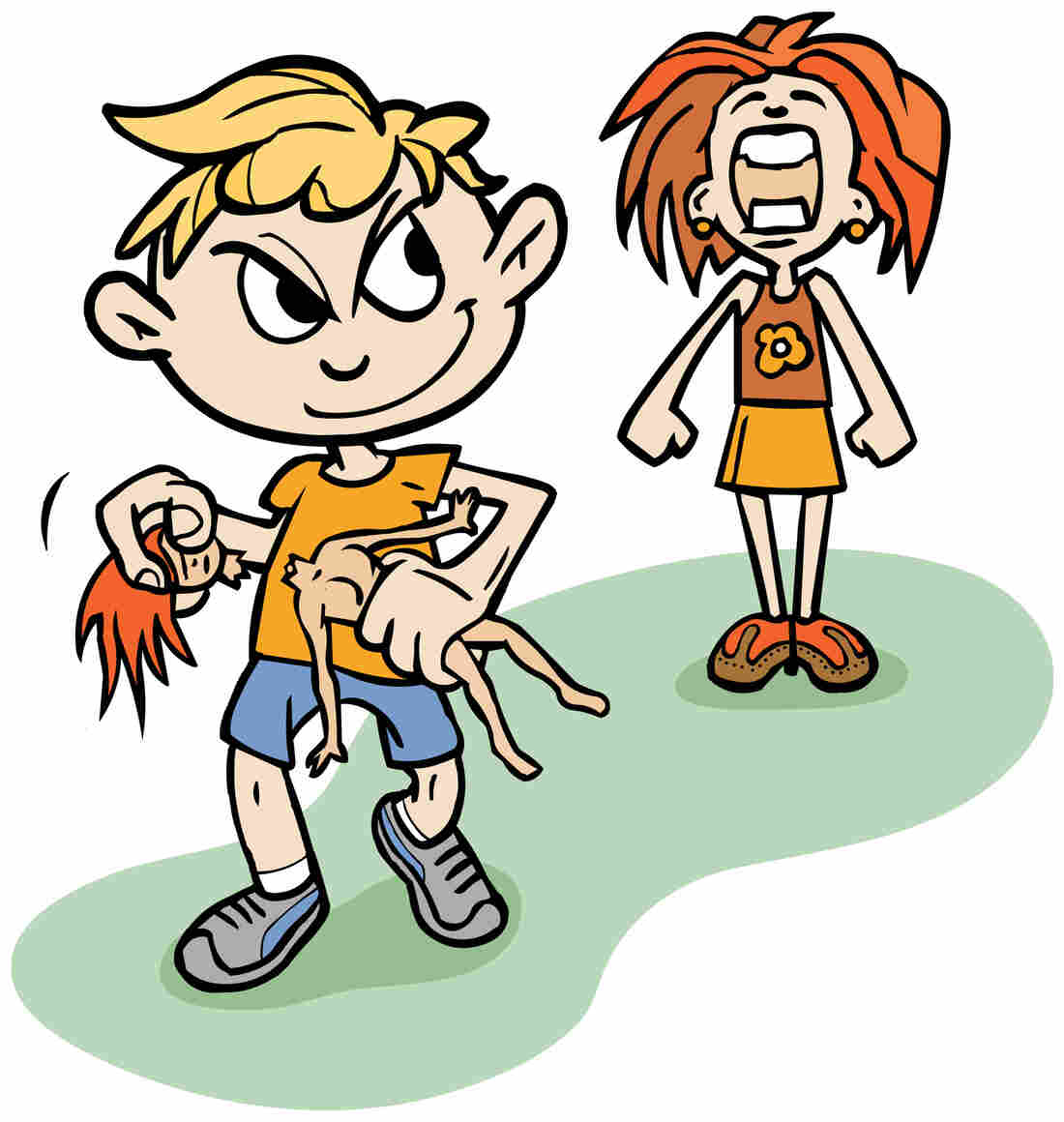 Beheading Barbie is the kind of aggression that can cause sibling distress. iStockphoto.com hide caption

I'll never forget the time my big brother sank his fork in the back of my hand after I snitched food off his plate.

But all siblings fight, right? So I was more than a little skeptical of a study saying that sibling aggression can cause serious mental health problems like depression and anxiety.

I called up Corinna Jenkins Tucker, an associate professor of family studies at the University of New Hampshire and lead author of the study, to find out why the fork attack didn't cause lasting psychological damage, as far as I know.

"Siblings are going to fight," Tucker agreed. "What we looked at was more destructive forms of conflict."

Parents tend to write off aggression among siblings as just typical kid stuff, when they wouldn't accept that level of hostility from a child's schoolmate or friend.

Tucker and her colleagues wanted to measure the psychological impact of that sort of hazing among siblings. They analyzed interviews conducted with 3,599 children from infancy to age 17, with parents responding for the children under 10.

Children and teens who had been the victim of sibling aggression in the past year were much more likely to be anxious, depressed or angry. That was true whether the hostility was mild or severe. Meanness and other psychological conflict had as much negative impact as physical assault with a weapon or that caused injury. And the psychological harm was as profound as it was for children who were victimized by peers outside the family.

Big Sibling's Big Influence: Some Behaviors Run In The Family

The researchers defined aggression as deliberately breaking toys or other possessions; making a child feel sad or scared by saying mean things or saying they didn't want him or her around; and physical aggression, with or without a weapon or injury. The results were published in the journal Pediatrics.

Parents should keep their antennae up and intervene if siblings aren't working things out, Tucker says. Fighting fair is teachable.

That means parents modeling good behavior, and teaching their offspring negotiating, reasoning, seeing another's point of view, and coming up with a mutually acceptable solution. (Here's one example of how parents can help children resolve conflicts.)

And the fork? That counts as aggression, right? Tucker laughed out loud when I asked her: "That's for you to answer."