Accessibility links
Patients Lead The Way As Medicine Grapples With Apps : Shots - Health News Smartphone apps can help count calories or detect a heart attack. People are embracing them to manage many aspects of their health. But medical apps are largely unregulated now, so there's no easy way to be sure which ones are trustworthy and which ones aren't. 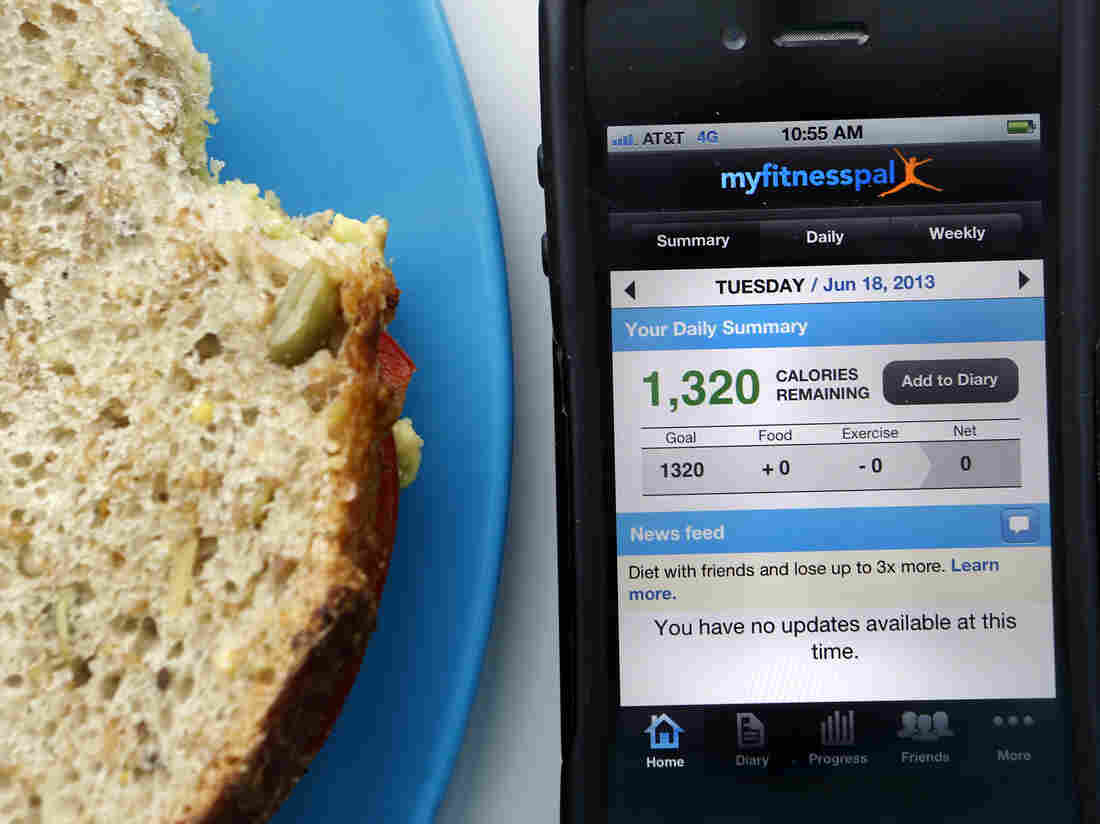 How many calories in that bite? My Fitness Pal and other fitness and nutrition apps can help find the answer. Heather Rousseau/NPR hide caption 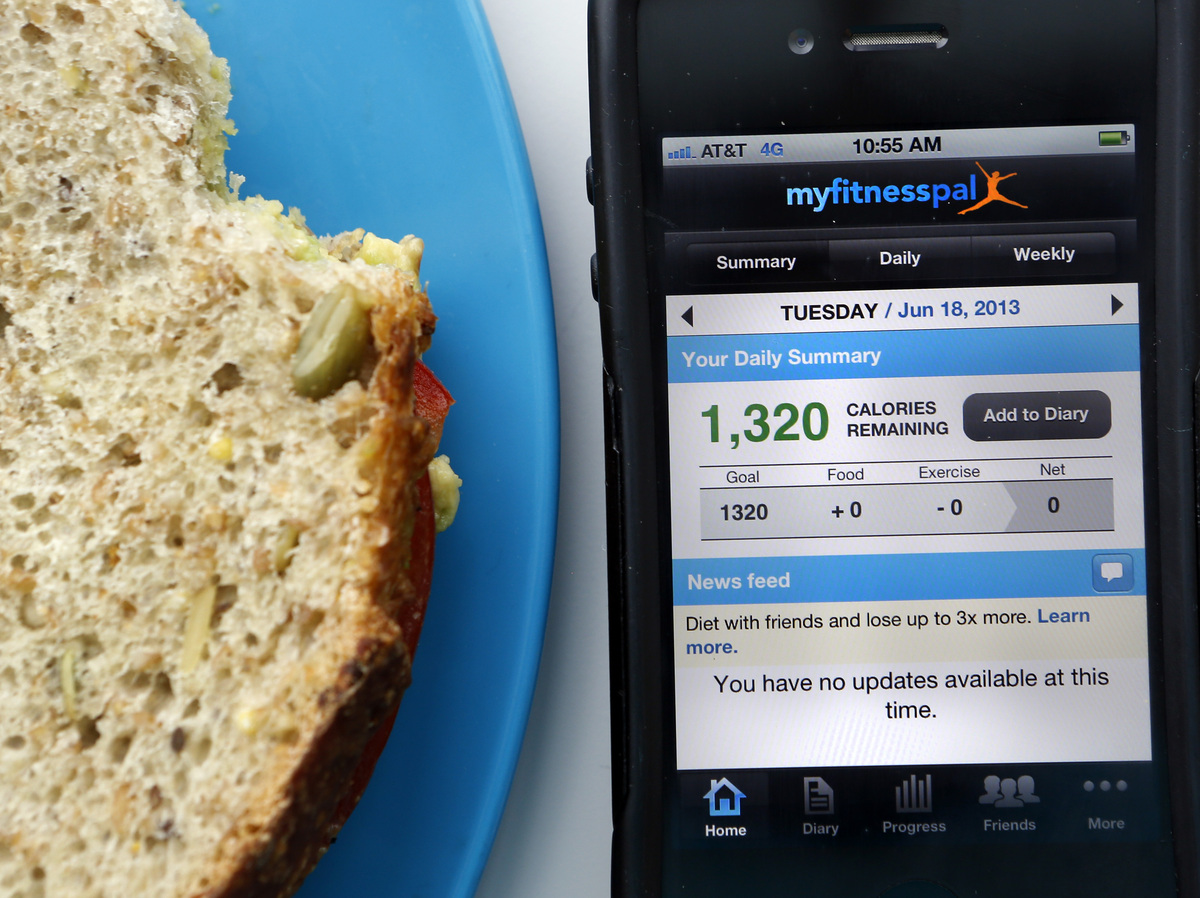 How many calories in that bite? My Fitness Pal and other fitness and nutrition apps can help find the answer.

Christine Porter is hooked on the MyFitnessPal app. In October, after deciding to lose 50 pounds, Porter started typing in everything she eats, drinks and any exercise she gets.

"This is my main page here," says Porter. "It's telling me I have about 1,200 calories remaining for the day. When I want to record something I just click the 'add to diary' button. I'm on it all day either through my phone or through the computer."

Health apps like MyFitnessPal are turning smartphones and tablets into exercise aids, blood pressure monitors and even devices that transmit an electrocardiogram. But the explosion of apps is way ahead of tests to determine which ones work.

Porter heard about the fitness app from Ryan Sherman, her health coach at a clinic for employees of Massachusetts General Hospital. Sherman helps peoople turn a doctor's orders into action for keeping high blood pressure or sugar levels in check.

Increasingly, says Sherman, patients with diabetes or heart problems are coming in, pulling out their phones, and saying, "Hey, have you seen this app?"

"There's a new one every day, so it's trying to keep up with that," Sherman says.

That's one reason why many doctors are suggesting, but not prescribing apps.

Doctors aren't sure which of the roughly 40,000 available apps do what they claim to do. The Food and Drug Administration divides health apps into two categories: those that help with healthful lifestyles and those that turn your phone into a medical device to, say, record blood pressure or an EKG, and then send those readings to a doctor.

The FDA is working on regulations for the mobile medical apps that can turn a mobile platform into a medical device. It does not plan to regulate diet or exercise apps. A few private companies are stepping in to do that task. Ben Chodor started Happtique, a company that reviews apps and gives those that at least perform correctly a seal of approval.

"It's the Wild West and someone needs to come in and at least help the consumers and the clinicians and the payers sort through the forty thousand-plus apps that are already out there," says Chodor.

Happtique does not say which apps work better than others or guarantee their safety.

Still, Eric Topol, a cardiologist who directs the Scripps Translational Science Institute in San Diego, says apps that monitor blood pressure or glucose rates can be more valuable than prescriptions to keep these conditions in check.

"When we use a medication, we don't know if it's going to work or not. It's much better when a person's taking their blood pressure on a frequent basis," says Topol. "The average person looks at their smartphone 150 times a day, so all of a sudden they're able to diagnose if their blood pressure's adequately controlled and what are the circumstances when it's not."

Topol has twice used an iPhone app and a heart monitor to diagnose people suspected of having heart problems while on airplanes. In one case, a woman had atrial fibrillation. In another, the man was having a heart attack. The plane was diverted so he could be treated.

But Laura Ferris, a dermatologist at the University of Pittsburgh, urges patients to use apps cautiously. "It does make sense that people who download these apps and use them really understand that they are doing so at their own risk," says Ferris.

Ferris ran a study of apps that claim to detect skin cancer based on a picture of a mole. Only one of the apps sends the picture to a dermatologist. It was right 98 percent of the time.

And many unresolved questions swirl around the data collected by medical apps, including whether the information patients collect become part of their medical record, how would this work, and what will insurance cover.

This piece is part of a collaboration with NPR, WBUR and Kaiser Health News.