Accessibility links
WHO Finds Violence Against Women Is 'Shockingly' Common : Shots - Health News The first comprehensive global study to be conducted finds that domestic violence kills many women and leaves others with long-standing physical and mental health problems, including sexually transmitted diseases and depression. 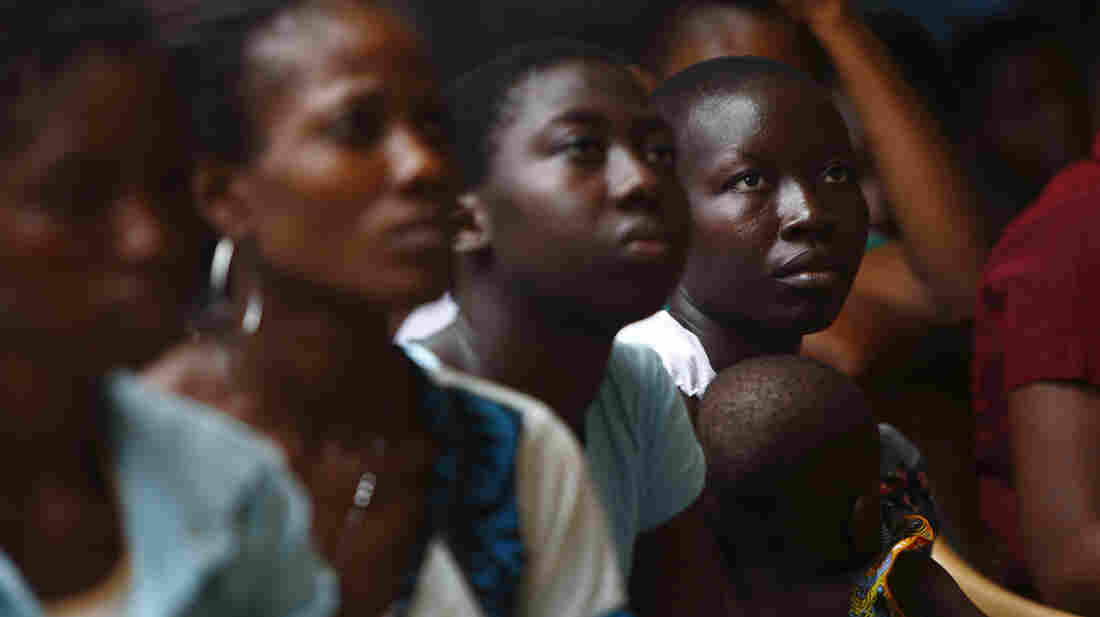 Young women listen to a talk on domestic violence and HIV prevention near Lome, Togo, in April. Abused women in sub-Saharan Africa and India are at higher risk for HIV than women who haven't experienced violence. Darrin Zammit Lupi/Reuters/Landov hide caption

Thirty-five percent of women around the world have been raped or physically abused, according to statistics the World Health Organization released Thursday. About 80 percent of the time this violence occurs in the home, at the hands of a partner or spouse.

"For me personally, this is a shockingly high figure," says Karen Devries, an epidemologist from the London School of Hygiene and Tropical Medicine. "The levels of violence are very high everywhere."

Devries and a team at the WHO analyzed data from 141 studies in 81 countries. Their findings offer the first comprehensive look at domestic violence globally and give insights into how abuse hurts women's overall health.

"The main message is that this problem affects women everywhere," Devries says. Because of the stigma associated with rape and abuse, "some of our findings may underestimate the prevalence." 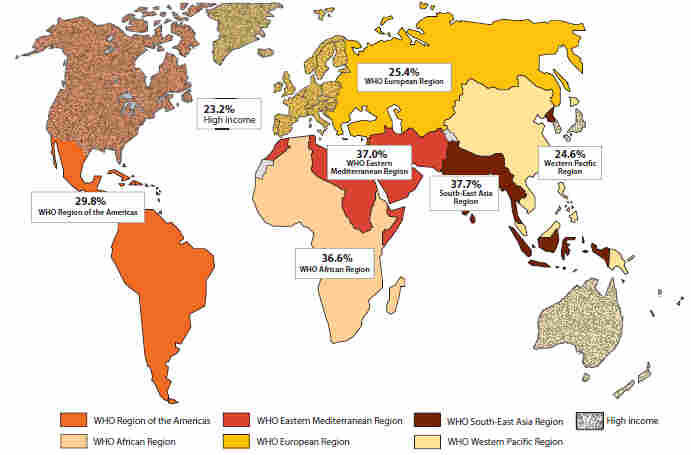 Prevalence of rape and domestic violence in each region of the world. Courtesy of the World Health Organization hide caption 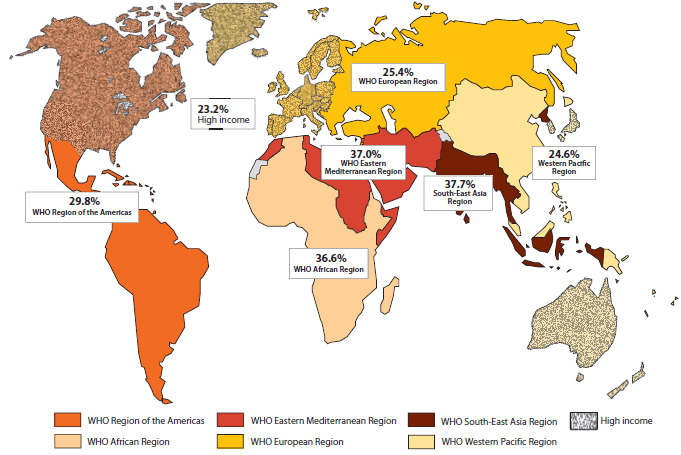 Prevalence of rape and domestic violence in each region of the world.

Domestic violence not only kills some women; it also leaves others with long-standing mental and physical health problems.

Abused women are twice as likely to report being depressed and having their own problems with alcohol. They are also 1.5 times more likely than women who haven't been abused to have a sexually transmitted disease including, sometimes, an HIV infection.

The health impacts can even spill over into the next generation, says Claudia Garcia-Moreno, a physician from the WHO. A woman who has experienced violence has a greater chance of having a low-birth-weight baby. And children who were abused, or who witnessed abuse, are more likely to end up in violent relationships themselves, research shows. "Preventing child abuse is an important strategy for reducing these forms of violence," Garcia-Moreno says.

What else can be done to stop this global trend? Educate women and give them a chance economically, Garcia-Moreno says.

A few years ago, researchers in South Africa gave women small loans to start vegetable stands, tailoring services or other retail businesses. They also educated the women about domestic violence and gender equality. After two years, abuse among the women decreased by more than half.

But Garcia-Moreno thinks the onus is on health professionals worldwide to turn the tide of domestic violence. "We want to see this issue integrated into the curriculum in the basic training for doctors and nurses," she says.

"There is no magic bullet, no vaccine or pill" for rape and abuse, Garcia-Moreno says. "But what we hear from women is that oftentimes, just having an empathetic listener who can provide some practical support and help her get access to some other services — that in itself is an important intervention."