Accessibility links
Gloomy Thinking Can Be Contagious : Shots - Health News But so, too, can cheeriness. Research on college roommates indicates that a person's psychological outlook can rub off on those close to them. 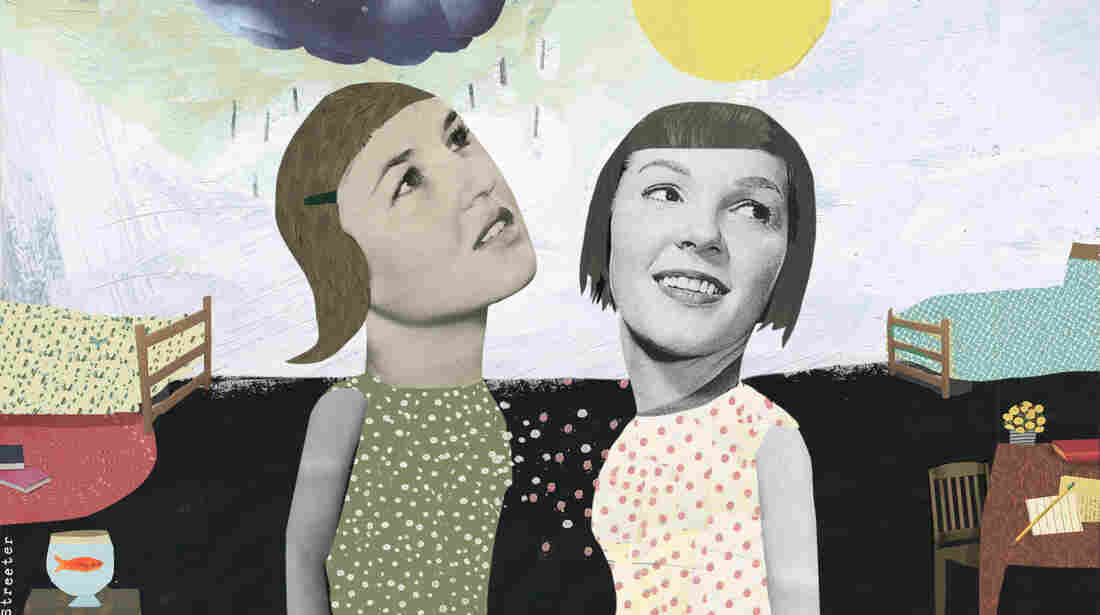 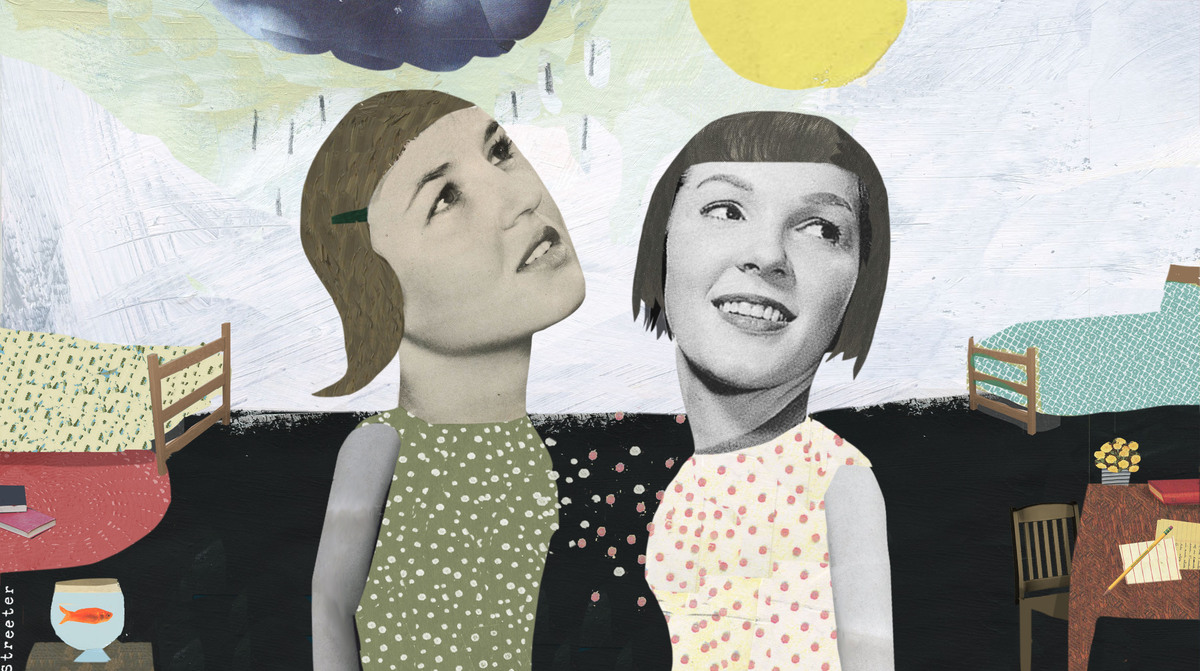 When students show up at college in the fall, they'll have to deal with new classes, new friends and a new environment. In many cases, they will also have new roommates — and an intriguing new research study suggests this can have important mental health consequences.

At the University of Notre Dame, psychologist Gerald Haeffel has recently obtained results from a natural experiment that unfolds every year at the university. In a paper published recently in the journal Clinical Psychological Science, Haeffel and co-author Jennifer Hames report that roommates can have strong effects — both positive and negative — on one another's mental health.

Like many schools, Notre Dame assigns new students their roommates. Haeffel recruited some of the students for a study and measured their psychological predispositions.

One of the things he was interested in was how different students respond to adversity. Take, for example, two hypothetical young scholars who do poorly on a classroom test: "One student fails the exam and thinks to [herself], 'I'm dumb, I'm worthless. I can't believe I failed this exam,'" Haeffel says. The same student may also engage in catastrophic thinking, imagining that because she failed the exam, she's going to fail the class or even flunk out of college.

By contrast, though the other student also tells herself it was disappointing to fail, she puts it down to a lack of preparation. She tells herself, "I'll work harder next time."

"These two reactions to the very same event can have very real implications for depression," Haeffel says. The student who sees the failure in extremely personal terms and then extrapolates from that failure to a host of other problems down the road is at significantly higher risk of depression, he says, than the student who puts the setback down to circumstances and bounces back from it.

Haeffel and Hames measured the way students in their study tended to frame such situations when they first arrived at Notre Dame. The researchers were then able to track pairs of roommates who had similar thinking styles and see whether and how their thought patterns changed, in comparison to roommate pairs who started out with very different thinking styles.

Haeffel says he was surprised to find that within just three months, the roommates with different styles began to "infect" one another.

Haeffel says that it "seems counterintuitive that you can catch someone's style of thinking like you could catch a cold or the flu." But six months after living with a roommate with a negative thinking style, some formerly cheerful students were showing signs of cognitive vulnerability known to put them at risk for depression.

Interestingly, Haeffel found that the reverse could be true as well. Some students with a gloomy disposition who got a cheerful, upbeat roommate were more likely to be cheerful and upbeat six months later. When confronted by a setback, such as a bad grade or a romantic breakup, these students began demonstrating some of the resilience of their cheerful companions.

Haeffel says the study showed that a widely held model about temperament and behavior might need revision. Researchers have long assumed, he says, that the positive and negative traits he spotted in the college students were more or less fixed after adolescence, in part because those traits seem stable in people over subsequent decades.

But instead, he says, those traits may be more like a language than like a physical characteristic such as height. By adolescence, people get very good at speaking a certain psychological language — responding to adversity in a certain, fixed way. But just as people can learn a new tongue if they're suddenly immersed in a new environment where people around them are speaking a different language, the experience of coming to college might have the same effect on the psychological makeup of young adults, Haeffel says. When gloomy people spend lots of time with someone who has a cheerful outlook, it can change their psychological "language." When cheerful people spend time around gloomy roommates, it can darken their outlook.

The point of the findings, Haeffel says, is not that you have to surround yourself with cheery people all the time — at a practical level, that's impossible. Rather, he says, it's good to know that some internal traits are malleable and, with time and effort, people can teach themselves new "languages."