Accessibility links
Fighting Dementia by Preventing Depression : Shots - Health News Alzheimer's disease and depression have a lot in common, and people with depression face a greater risk of dementia as they age. Researchers aren't sure why and are seeking clues. They are trying to find out if treating depression will then help prevent or delay dementia. 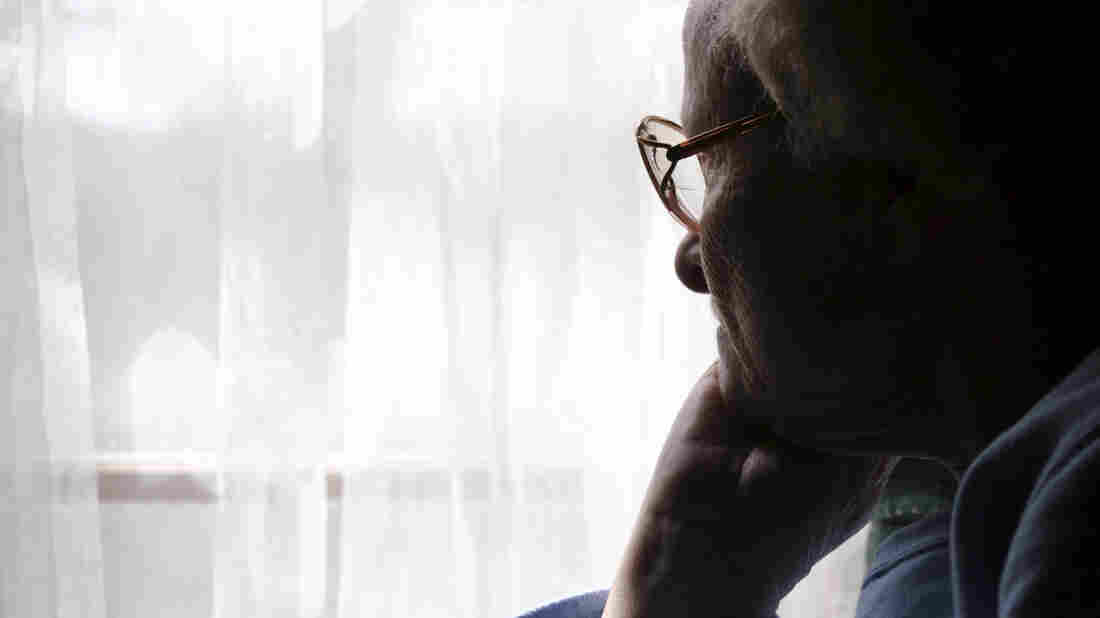 Depression is common among old people, affecting up to 25 percent. iStockphoto.com hide caption

Depression can have physical consequences. Research now suggests that when people get depressed in middle age and beyond, they're more likely to develop dementia in old age.

But the link between depression and dementia remains something of a mystery. Researchers are working to understand why that occurs and what might be done to prevent dementia.

Brain researcher Meryl Butters with the University of Pittsburgh School Of Medicine has spent years trying to answer this question. She asks, "What is it about a mood disorder that is relatively treatable, that people can recover from; what is it in the brain that may increase one's risk for dementia many years later?"

Dementia can be caused by different diseases, including Alzheimer's disease and vascular dementia, which follows a stroke or series of mini strokes. In a recent study, Butters found that the risk for both of those types of dementia nearly doubled among people who had suffered depression after the age of 50.

The thickening of blood vessel walls in atherosclerosis makes it "difficult for blood to get through to nourish the brain and give the brain all the oxygen that it needs," Butters says, and a less nourished brain might mean greater vulnerability to dementia. Even if this theory doesn't hold up, she says, there's no harm in doing for your brain what you do for your heart: maintain a normal weight, eat a healthy diet and exercise regularly.

Butters suggests another clue that may link depression to dementia. It involves the stress hormone cortisol. When people get depressed, they produce excess amounts of cortisol. Butters says that could be problematic for a part of the brain called the hippocampus.

Sleepless Nights May Put The Aging Brain At Risk Of Dementia

"It just so happens that the hippocampus has lots of cortisol receptors," Butters says. "So it may be that if you have high levels of cortisol circulating for long periods of time, they can sort of burn out, for lack of a better term, and die and then the hippocampus shrinks."

The hippocampus is responsible for learning and short-term memory. In early-stage dementia, the hippocampus is one of the first regions of the brain to show symptoms. People often forget things that just happened, like what they ate for breakfast or what they just said to someone.

One study found that women who had a long history of depression had a smaller hippocampus compared to women of the same age who didn't. But researchers have yet to prove that the brain changes seen in depression contribute to dementia later on.

Dr. Charles Reynolds, a geriatric psychiatrist at the University of Pittsburgh Medical Center, says preventing depression could be an important defense against dementia. "I think the good news is that we can help older people and their family caregivers take steps to protect themselves from becoming clinically depressed", he says. If successful, that might ultimately help delay or prevent dementia.

Reynolds recently looked at ways to help older adults prevent depression. In his study, counselors visited people in their homes, looking for problems that could lead to depression including difficulty sleeping, lack of exercise, poor nutrition and social isolation.

Each participant met with a counselor for six to eight sessions; the counselor helped people tackle these problems themselves. As a result, the grim predictions that one in four older adults would suffer major depression just didn't pan out for this group. "Over a period of two years, incidence was reduced to about 8 or 9 percent," says Dr. Reynolds. That's down by two-thirds. This was true for both black and white older adults, as well as those with low and moderate incomes.

So now the next step is for researchers to determine whether lowering rates of depression among middle aged and older people can also protect them against dementia.