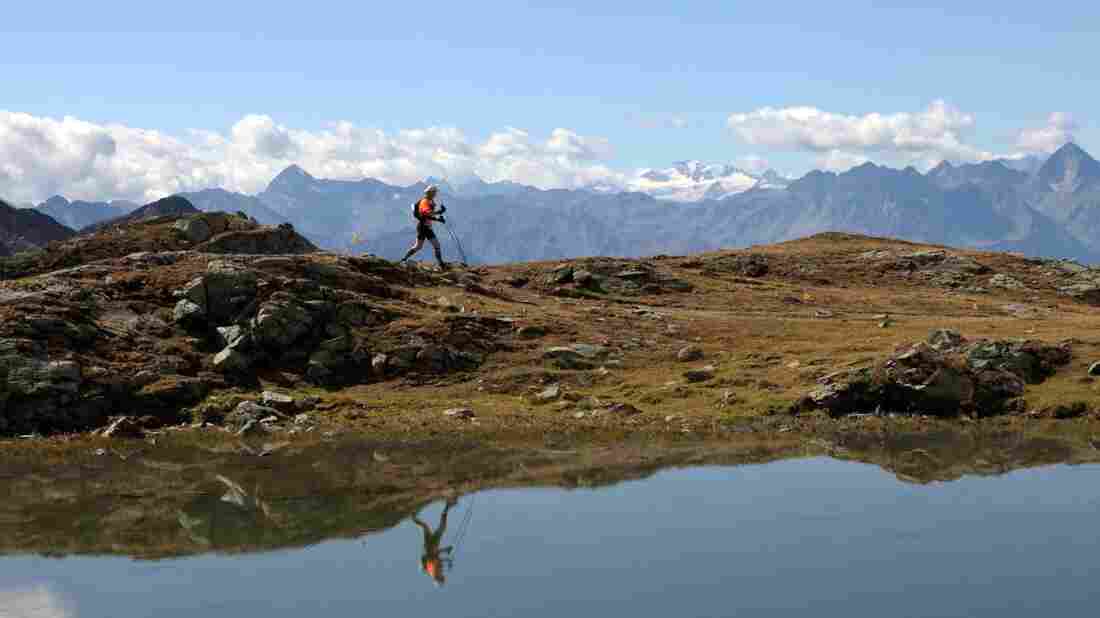 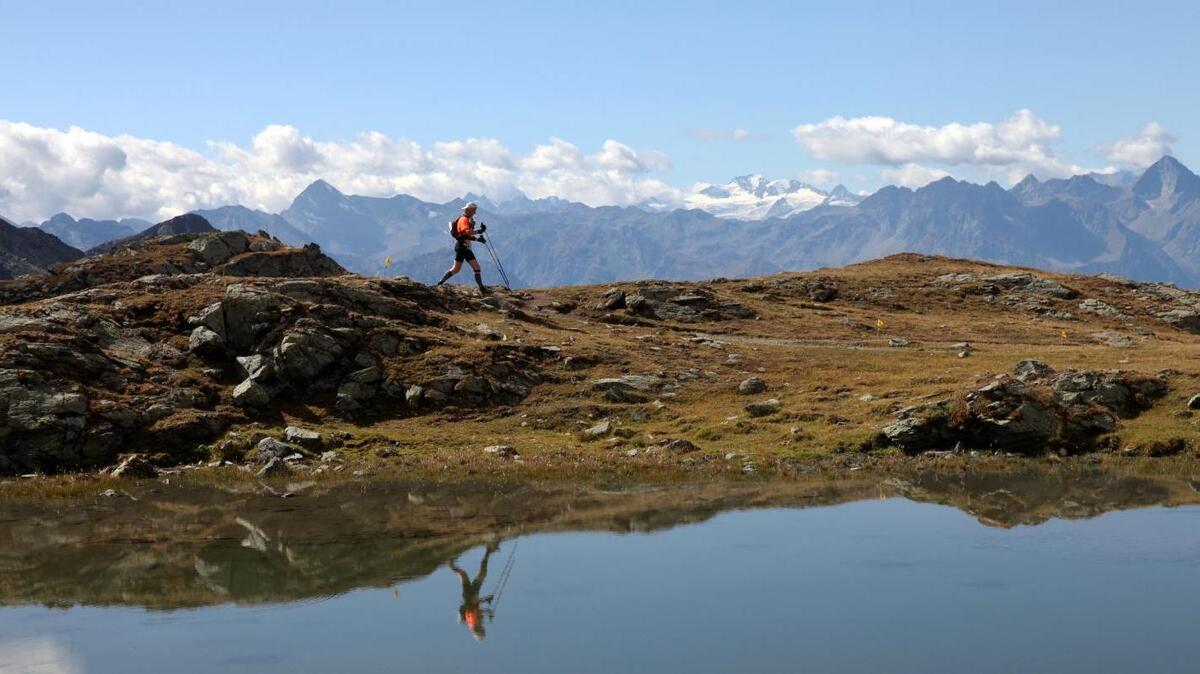 Runners test the limits of their strength in Italy's Valle D'Aosta.

The Tor des Geants covers over 200 miles and 20 mountain peaks.

In the decidedly nutty sport of ultramarathoning, the stakes keep getting higher. The courses get longer and the terrain steeper, but runners continue to push the boundaries of human endurance and sheer will.

So a team of researchers in exercise physiology led by Jonas Saugy, of the University of Lausanne in Switzerland, explored what happens when these ultra-long-distance runners, whose muscles are already fatigued, are also deprived of sleep.

To do this, they found a group of hardcore runners at the Tor des Geants, a particularly excruciating race in the Italian Alps. These volunteers were willing to be poked, prodded, and covered with electrodes in the name of science while competing.

What the researchers found was that these runners experienced significantly less overall muscle fatigue by the end of the race than a similar group at a race of only half the distance. The findings were published by PLOS One.

The Tor des Geants is unique in that the clock is continuously running. So unlike races, such as cycling's Tour de France, that are run in daily stages over predetermined distances, these runners have to figure out when to sleep and for how long.

The Tor des Geants lasts days. And the runners are often in a state of intense sleep deprivation. In 2012, the average racer finished in 107 hours, with only nine hours of sleep.

To test muscle fatigue under the Tor's extreme conditions, Saugy's team administered a battery of tests before, during and after the race. 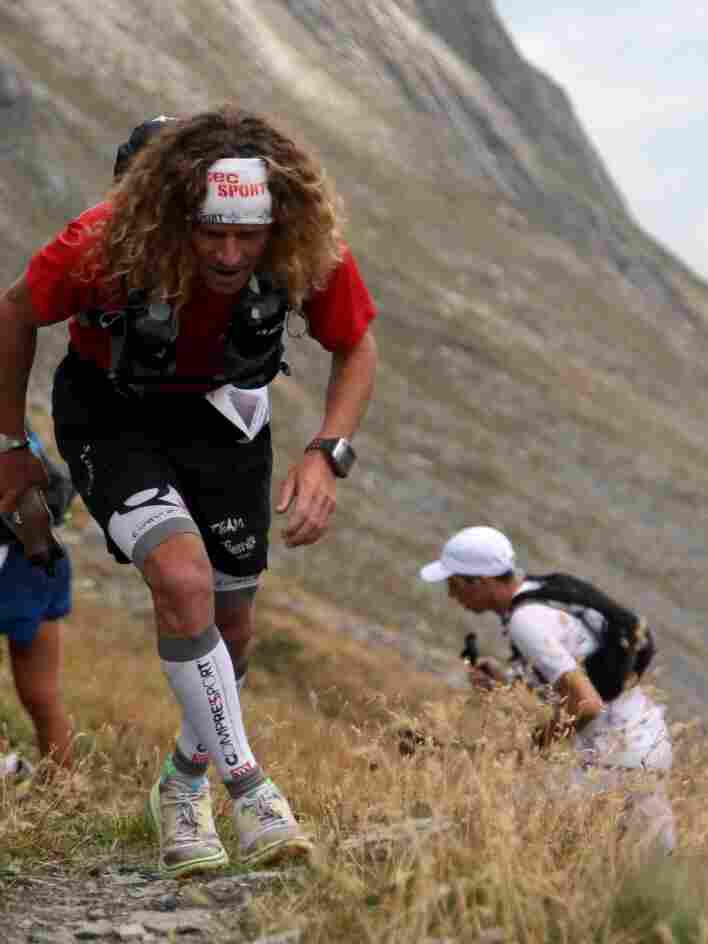 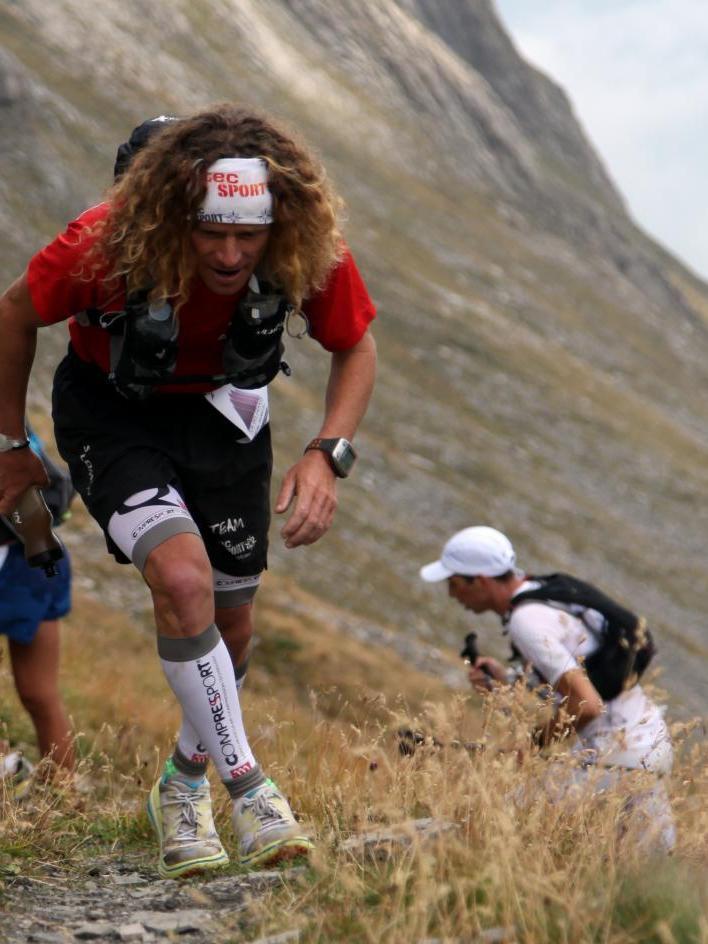 Tor runners experienced a roughly 25 percent loss in muscular strength compared with a loss of 35 percent in a shorter race over equivalently difficult terrain.

Saugy says the Tor runners' preservation of muscle strength can be explained by pacing strategy, including sleep breaks during the middle of the race.

"They try to run a maximal distance in a minimal time, which involves a great deal of sleep deprivation," he says. "In the second half of the race, the runner's speed decreases significantly, and this decrease of speed involves a decrease of intensity and therefore a preservation of muscle tissue."

The overwhelming exertion in the first half of the race also means that runners sleep a lot more in the second half, which helps to preserve their muscles.

It's been well-documented that muscle fatigue in long races reaches an eventual plateau, but these new results surprised Saugy. "I thought that the decrease of force would stay at this plateau, but I was surprised to see that we found less fatigue after this race," he says.

Shots spoke with Leadville Trail 100 veteran and running coach Scott Weber about his experience on an ultramarathoning circuit lasting days. "A regular runner should plan to cover 55 percent of the distance in half of their realistic goal time, and 45 percent in the second half," he says.

At one point in his career, Weber completed a quadruple solo crossing of Badwater, one of ultrarunning's most notorious gauntlets. "Usually after 20 hours of running I would get so sleepy that I couldn't go on," he says. "So, I would lay down and sleep with the idea that I could sleep as long as I wanted, but the second I opened by eyes I would immediately start moving."

And how much shut-eye did this mean for Weber? "Generally I would sleep extremely soundly for 15 to 30 minutes," he says.

But analyzing the body's response to these challenges only tells you so much about these extreme runners. "Ultramarathoning is an expression of the soul of the runner, their tenacity, their will to go beyond their perceived limits," Weber says. "It's more important than the physiology. It's about what's inside, and you see that at the finish line."