Accessibility links
Curing Drug-Resistant TB In Kids Takes Creativity : Shots - Health News One of the deadliest infectious diseases in the world, tuberculosis is especially hard to diagnose and cure in children. Doctors in Tajikistan are altering treatments used for adults to cure kids with fewer side effects. 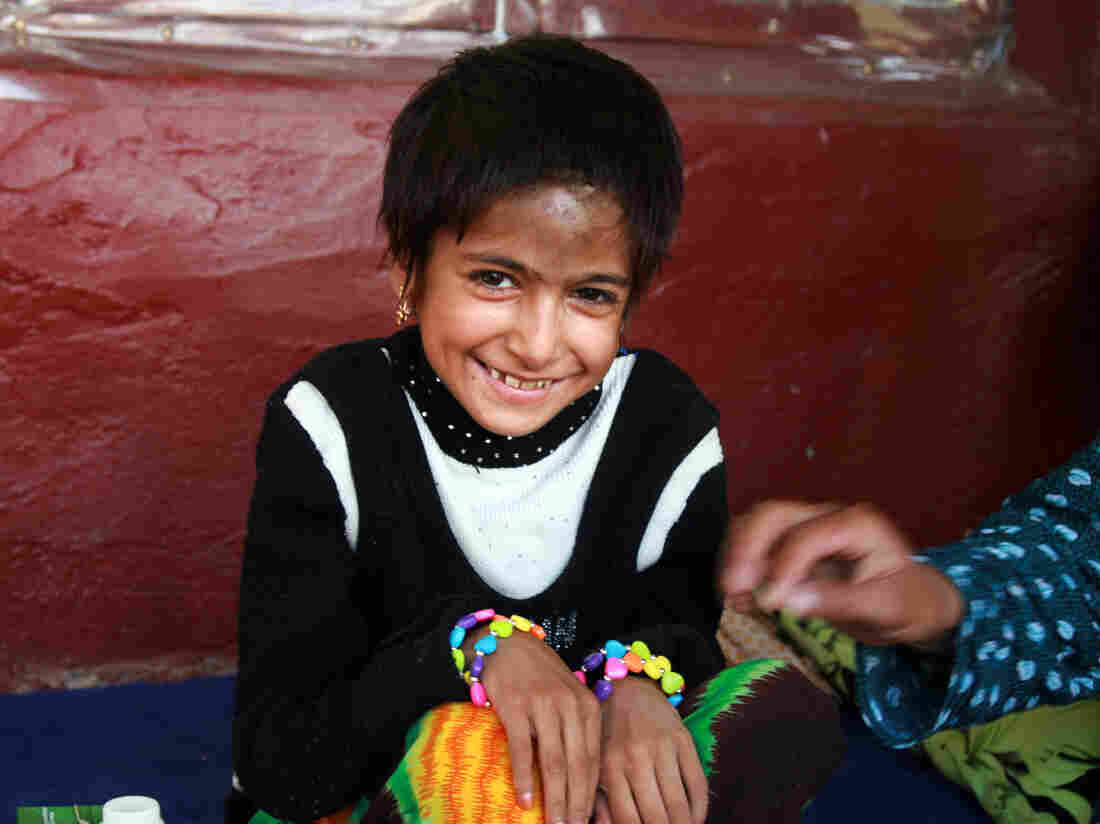 Rukshona Saidova, 12, lives with both HIV and tuberculosis. She can't walk right now because the diseases have atrophied muscles in her legs. Jason Beaubien/NPR hide caption 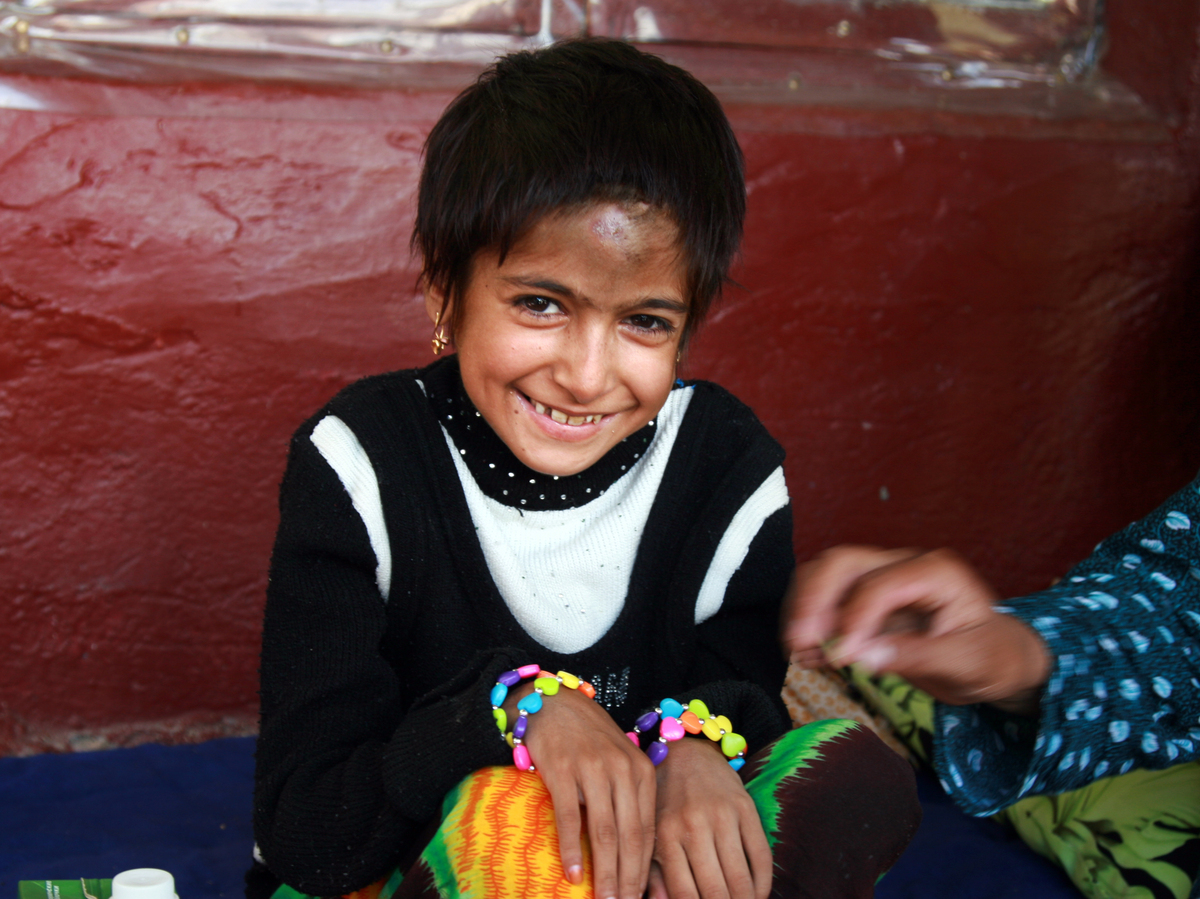 Rukshona Saidova, 12, lives with both HIV and tuberculosis. She can't walk right now because the diseases have atrophied muscles in her legs.

The world is struggling to cope with a growing epidemic of drug-resistant tuberculosis. Treatment is even more complicated for children.

TB drugs aren't usually designed for kids, says Dr. Christoph Hoehn the acting country director for Doctors Without Borders in Tajikistan. That means they aren't packaged in smaller doses, and may not even have been tested for child-specific effectiveness or side effects. "Almost all the drugs we want to use do not exist in child-friendly formulations," he says.

Hoehn and his colleagues have been running a pilot project in Tajikistan since 2011 to treat children with drug-resistant TB. Team members often find themselves mixing the powder into a suspension or syrup.

But curing a regular TB infection requires about six months of treatment, with kids taking at least four medications a day. For drug-resistant TB, the regimen lasts longer — two to three years — and kids often need daily injections of antibiotics. 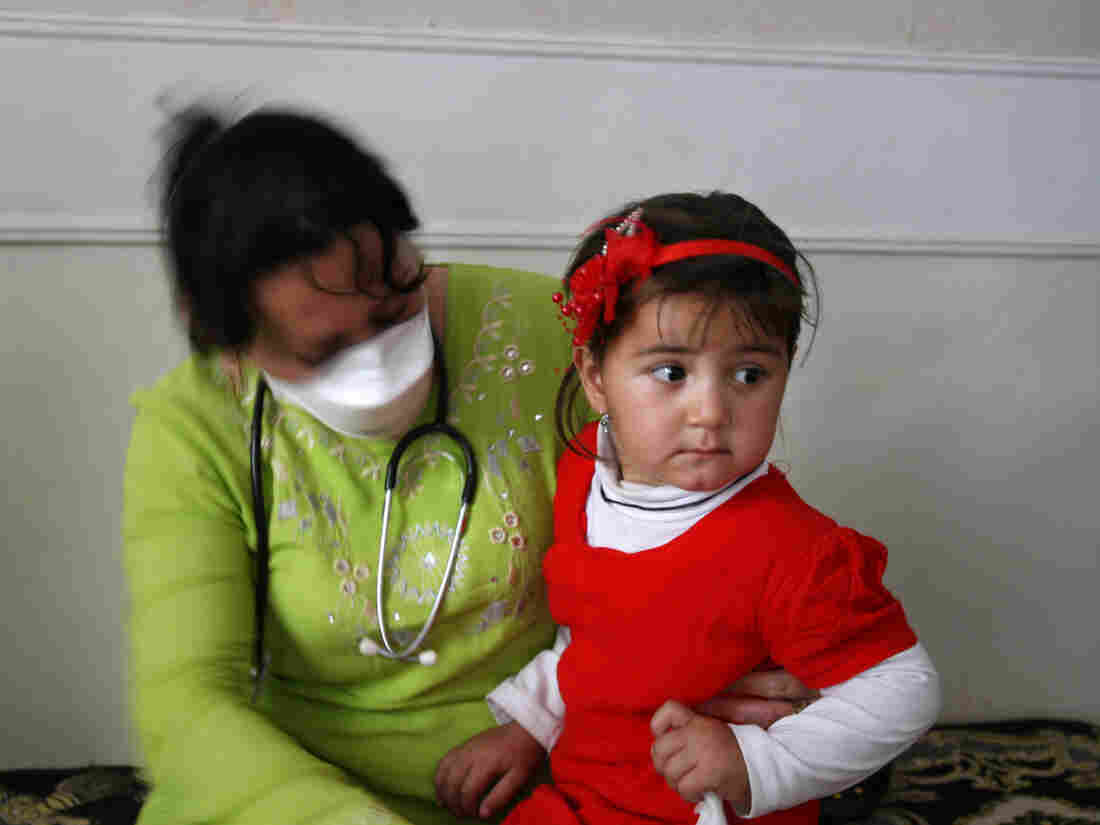 Ruqiya Hasanova,4, had a severe allergic reaction to one of her tuberculosis medicines. So doctors in Tajikistan had to special order drugs for her from Europe. Jason Beaubian/NPR hide caption 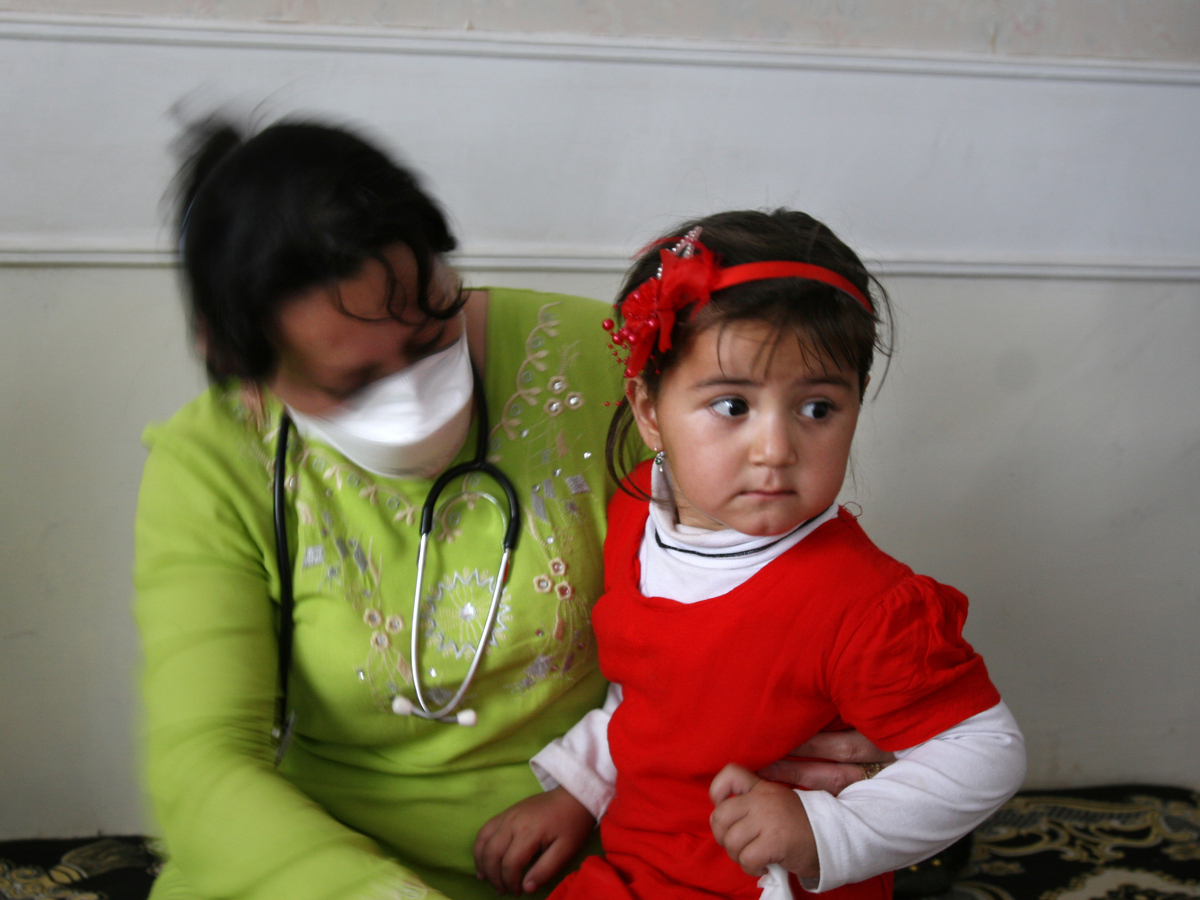 Ruqiya Hasanova,4, had a severe allergic reaction to one of her tuberculosis medicines. So doctors in Tajikistan had to special order drugs for her from Europe.

"We wouldn't do that in the West," Hoehn says. "Children would get some central intravenous catheter, and [the daily doses] would be much less painful. But we cannot do that here. We don't have the means, so it must be done in"to the muscle, the gluteus muscle."

Soon after the little girl arrived at a government-run tuberculosis hospital, she started developing a full body rash. The doctors suspected measles.

Eventually a nurse from Doctors Without Borders determined that Ruqiya was having a severe allergic reaction to rifampicin, one of the primary antibiotics to fight TB.

They stopped Ruqiya's anti-TB regimen, and the rash immediately went away. In Tajikistan, rifampicin comes only in a pill combined with another TB medication. So she couldn't take either drug. And just like that, two of the main drugs in the meager TB arsenal became unavailable to Ruqiya. In the end, Doctors Without Borders had to special-order different meds for her from Europe.

But now it's unclear if even these are working.

Earlier this spring Ruqiya's cough, fever and night sweats returned. Andy Martin, a nurse with Doctors Without Borders, says he's now worried that Ruqiya may have drug-resistant TB. Nailing that down isn't easy, but is crucial. If her infection is drug-resistant, she's on the wrong drugs.

Children tend to have fewer TB bacteria in their lungs than adults. And it's hard to get kids to cough up mucus from deep inside their lungs, where the TB bacteria live.

"If we can get some of the TB bacteria, we'll be able to tell if she's drug resistant or not," Martin says.

After about 20 minutes of trying to get Ruqiya to cough up the mucus, Martin decides that they need to insert a catheter into the little girl's nose to get the sample. Ruqiya screams and fights against the nurses as they slide the catheter into her nostril.

It was very hard for me. I couldn't get up and walk. I felt like my bones were boiling in water.

The nasal catheter procedure isn't extremely painful, Martin says, but it's scary for children. "I think all the young children will cry during this procedure," he says. "It is very difficult, but you weigh this procedure against the progression of the disease and [the futility of treating] children with the wrong regimen."

This sample of mucus from the lungs should allow Martin to tell whether Ruqiya needs to be switched to an entirely new regimen of far more toxic TB drugs. Left untreated, an active TB infection such as Ruqiya's can destroy her lungs, spread throughout her body and eventually kill her.

But the treatment itself also can have intense side effects, including nausea, joint pain, headaches and insomnia. Another common side-effect is hearing loss.

Eighteen-year-old Rosigul Shaimurdova has been battling drug-resistant TB for more than two years. Her current medication has left her permanently deaf.

Drug-resistant TB forces patients to make awful choices, Terry Porsild, from Doctors Without Borders, says. " 'Would you rather have hearing loss, or would you rather die?' To put it very bluntly." 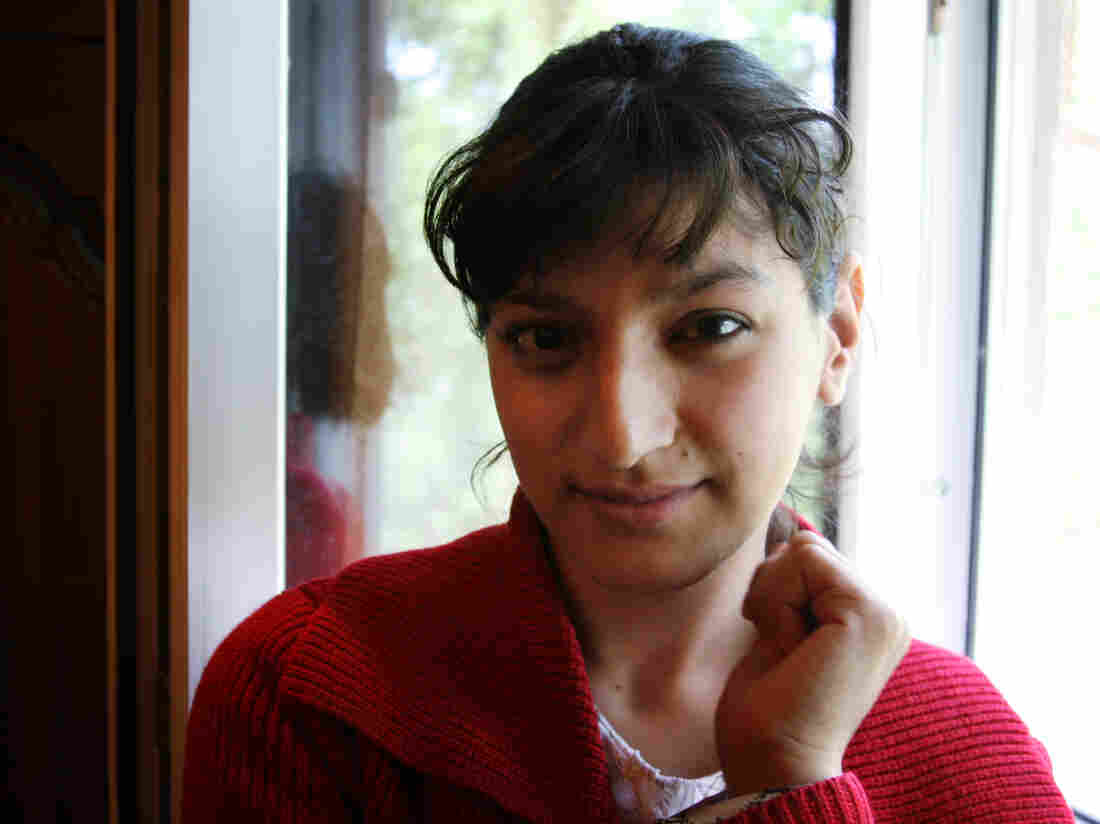 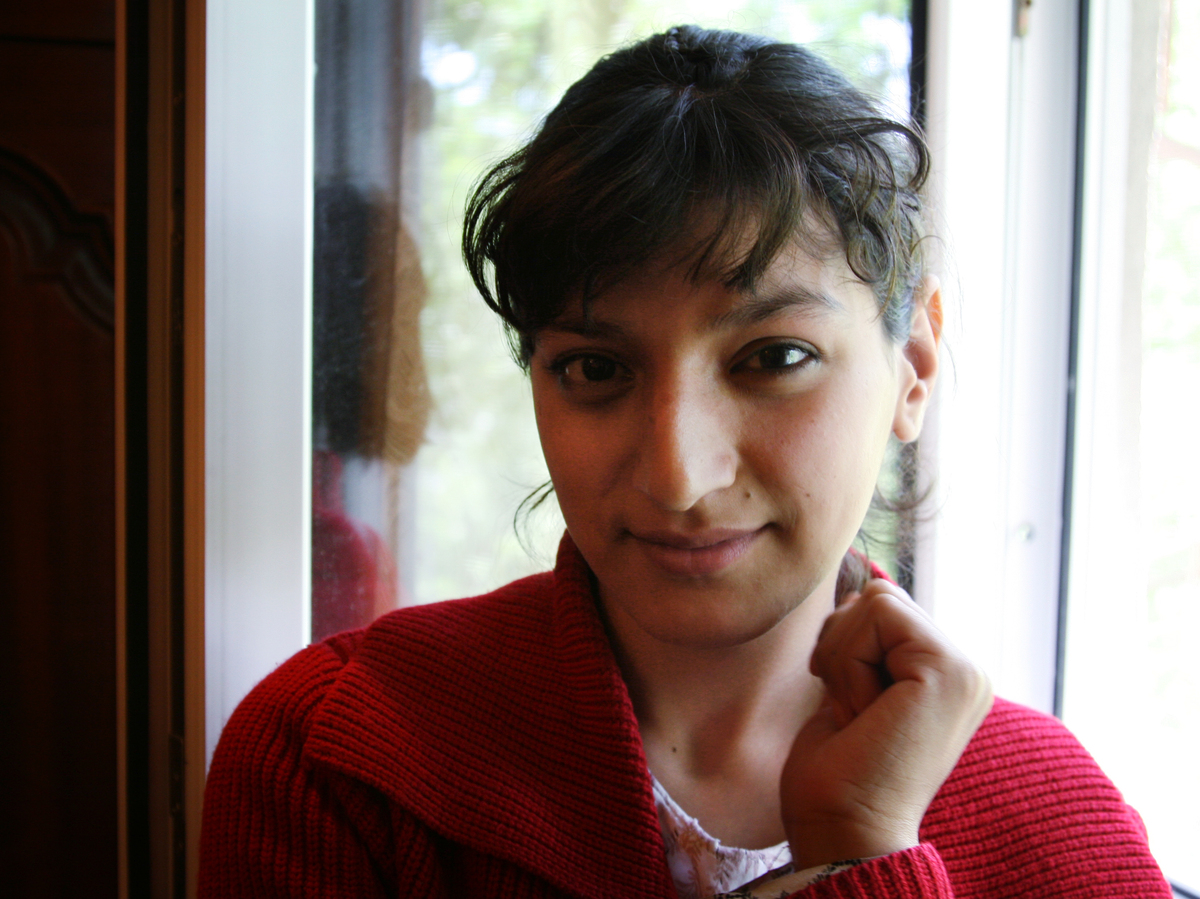 Shaimurdova lives with her mother and more than a dozen extended family members in a small flat in a mildewed, Soviet-era apartment block.

TB has taken over her life. She dropped out of school. She doesn't sleep at night and is irritable during the day, her sister says. As Shaimurdova's health has fluctuated, she's been in and out of the hospital.

During her most recent stay, Shaimurdova says that she had pain throughout her body, and the disease sapped all her strength.

"It was very hard for me," she says. "I couldn't get up and walk. I felt like my bones were boiling in water."

Shaimurdova is home now. She takes 14 pills a day, plus one injection to combat TB. Her condition appears to be improving. Her doctors say that she'll never regain her hearing, but they expect she'll be able to beat the TB infection.