Accessibility links
Federal Rule Extends Subsidies For College Students : Shots - Health News Although they may not have realized it, students enrolled at some of the country's top colleges lucked out last week when federal guidelines cleared up a situation that would have made them ineligible for subsidized health coverage. 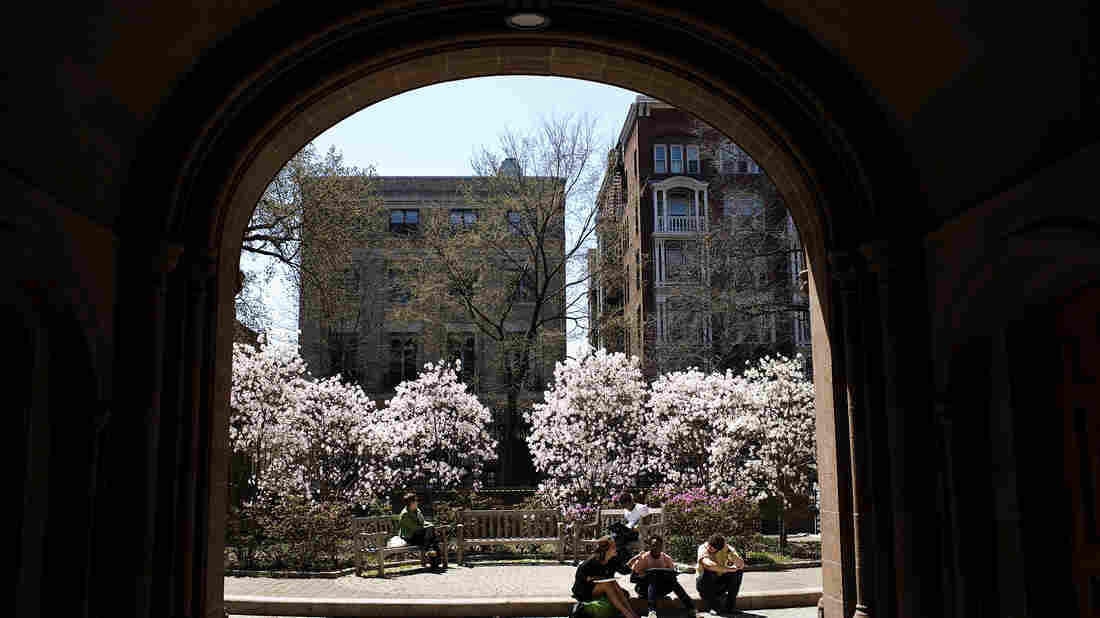 Students at Yale University and several other schools that are self-insured will qualify for subsidies under the federal health law after all. Christopher Capozziello/Getty Images hide caption 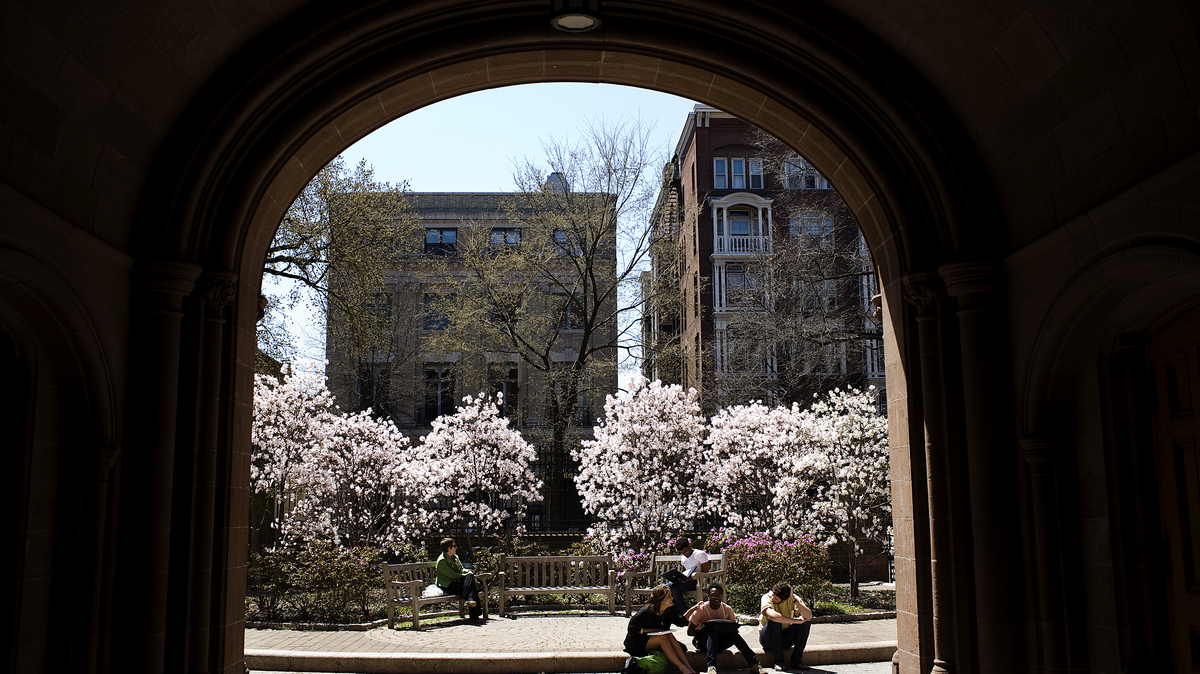 Students at Yale University and several other schools that are self-insured will qualify for subsidies under the federal health law after all.

Beginning in 2014, most people, including students, will have to have health insurance, whether or not they are claimed as a dependent on their parents' tax returns.

The federal health law says if they don't, they or their parents will face penalties.

While expansion of coverage under the health law has helped about 3 million young people get insurance through their parents' plans, many remain uninsured or have coverage through student health plans.

But that's not an option for some students, who might look to student health plans or the online health insurance marketplaces for coverage next year.

The question has been: are those students eligible for subsidies to buy insurance on the state online insurance marketplaces next year instead of signing up for a student plan?

Although they may not have realized it, students enrolled at some of the country's top colleges lucked out last week when federal guidelines cleared up a situation that would have made them ineligible for subsidized health coverage.

The affected students are enrolled at colleges that self-fund their student health plans. In other words, the schools pay the health care claims directly rather than buying an insurance policy for that purpose.

There are at least 40 such schools, including Harvard, Yale and the University of California branches in Berkeley and Los Angeles, according to Stephen Beckley, a partner at Hodgkins Beckley Consulting, which specializes in health plans on campuses.

But such plans are in the minority. Most colleges purchase plans to cover students and those are considered to be individual insurance under the Affordable Care Act, just as if students had bought insurance their own.

Students offered such coverage next year will be able buy a plan on the health insurance marketplaces, also called exchanges, if they choose to and be eligible for subsidies to make coverage more affordable if their income is between 100 and 400 percent of the federal poverty level ($11,490 to $45,960 for an individual in 2013).

Until the Department of Health and Human Services and the Treasury Department issued clarifying guidance last week, the situation for students whose colleges self-fund their student health plans was murky because they are not considered individual plans under the law.

Instead, those plans are designated as so-called minimum essential coverage, which means they satisfy the requirement that people have health insurance or face a penalty. But the rule originally proposed by HHS left up in the air whether students with access to such coverage would be eligible for subsidies on the exchanges if they wanted to buy a plan there.

Last week's guidance cleared up lingering doubts. The Treasury Department said that merely having access to a student health plan at a self-funded school wouldn't make a student ineligible for tax credits on the exchanges. As long as they don't enroll in the student health plan, students may still qualify for subsidized coverage on an exchange.