Accessibility links
One Man's Quest To Make Medical Technology Affordable To All : Shots - Health News David Green says capitalism practiced with empathy is the right way to make health care available to the masses. The social entrepreneur is working on medical devices and services that can make a difference in the developing world. 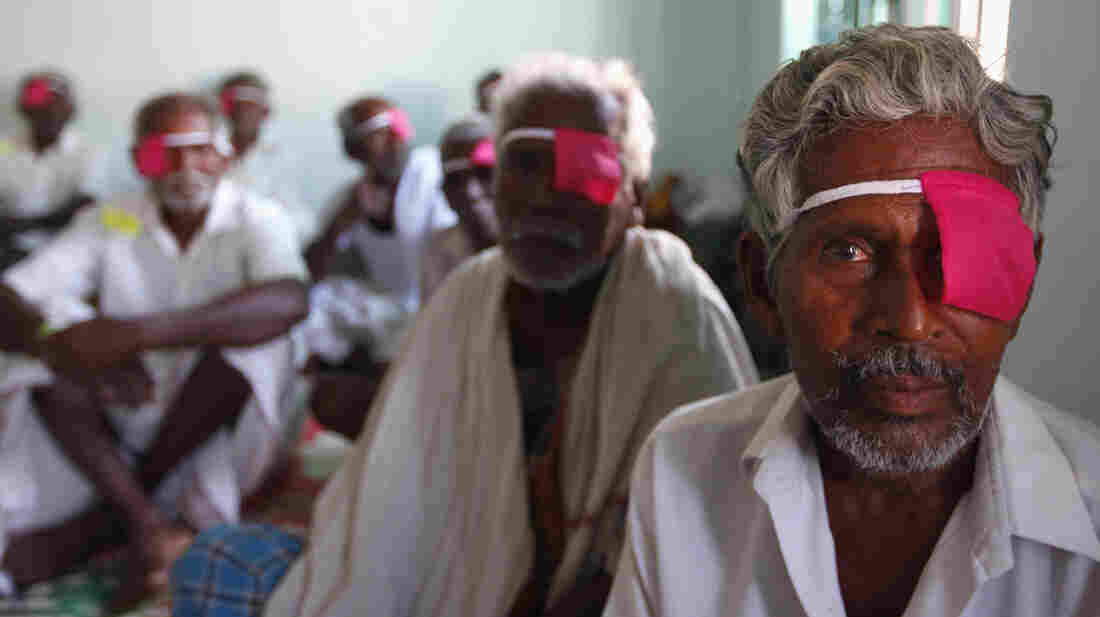 David Green is a man on a mission to drive down the cost of medical devices and health services.

His tactic: Use market forces and slightly tweaked business strategies to make health care accessible to even the poorest people. And he's had some amazing success.

I caught up with Green (no relation to NPR's David Greene) at a company he is launching in Chicago that's taking on the high cost of hearing aids. He's demonstrating how to program his company's new hearing device on a cellphone.

"So I'm putting the device on my ear, and I'm turning on my Bluetooth enabled phone," he says. "I click personalize on the phone and I start the hearing test. And right now I'm hearing tones and I'm clicking a box."

It must be the smallest Bluetooth earpiece available — about the size of your thumbnail. He has helped create Sound World Solutions to market a new high-quality hearing device developed by his partner, Stavros Basseas.

My competitive juices get flowing when I start to think about a big, $4 billion medical device company and how I'm going to beat them.

The device, which we reported on yesterday, will be sold in the U.S. But the main market will be in developing countries, where it will sell for a couple hundred dollars — a fraction of the cost of high-end hearing aids. One reason it's so cheap is that it's based on off-the-self Bluetooth components.

Green says his strategy is to minimize the cost of technology, production and distribution so he can push prices to the lowest possible level and force other companies to compete.

"My competitive juices get flowing when I start to think about a big, $4 billion medical device company and how I'm going to beat them," Green says. "How do we make sight and hearing or even life itself affordable to poor people?"

That might sound like hopeless idealism, but Green has helped create a number of companies that do just that. The most notable may be a company named Aurolab in India that manufactures intraocular lenses. These lenses are implanted in the eyes of cataract patients to correct their vision.

At an operating theater at Aravind Eyecare in Madurai, India, on a reporting trip two summers ago, eye surgeon Hari Pria told me about one of the cases. "This is called the phacoemulsification procedure," Pria says, describing the use of ultrasound to break up the old lens and remove it. "This is considered the gold-standard of cataract surgery across the world."

Aravind does more than 300,000 cataract surgeries a year. And through Aurolab, Green helped drive down the price of the lenses from several hundred dollars apiece to $2 now. Aurolab's lenses have helped millions of people regain their sight.

Green has also set up eye-care programs in countries from Nepal to Kenya, created less expensive testing for people with diabetes, and helped set up social investing funds.

He eschews charity and turns to market forces and business strategies in his enterprises. He sets up for-profit companies, or nonprofits that run operating surpluses, so the firms have the ability to invest and grow. 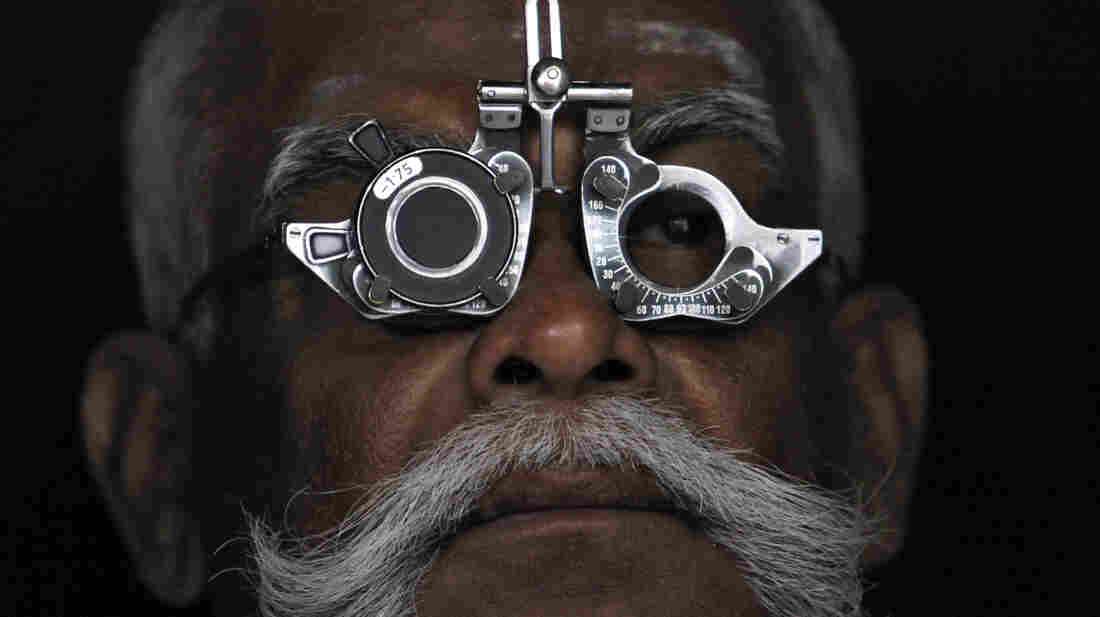 A man gets an eye exam at an Aravind Eye Care clinic in Madurai, India. Reinhard Krause/Reuters/Landov hide caption

"Yes you have to have an economic model that ensures you can be profitable and sustainable," he says, "but how do you channel that sustainability to serving others where you can be in empathy with their predicament, with their suffering? And in this case we try and address suffering in a very direct and pragmatic way, with restoration of sight if somebody is blind, or in the case of hearing, [by] helping people who can't hear very well hear again."

So what's Green's payoff? As a more traditional entrepreneur in the medical sphere he could be making millions. He says he's happy making between $100,000 and $200,000 a year. He says most of his rewards can't be put in a bank account.

"When I think of Aurolab, I think they have helped something like 18 million people see to date," he says. "And so that's what I have. And of course that's something I really can't put in my pocket, but maybe from a karmic point of view, that's money in the bank. I don't know. I hope so."