Accessibility links
Who's Watching When You Look For Health Information Online? : Shots - Health News More than half of health-related websites checked by a health policy researcher used trackers that could provide data about visitors to third parties. Some also shared search terms that could be linked to a visitor. 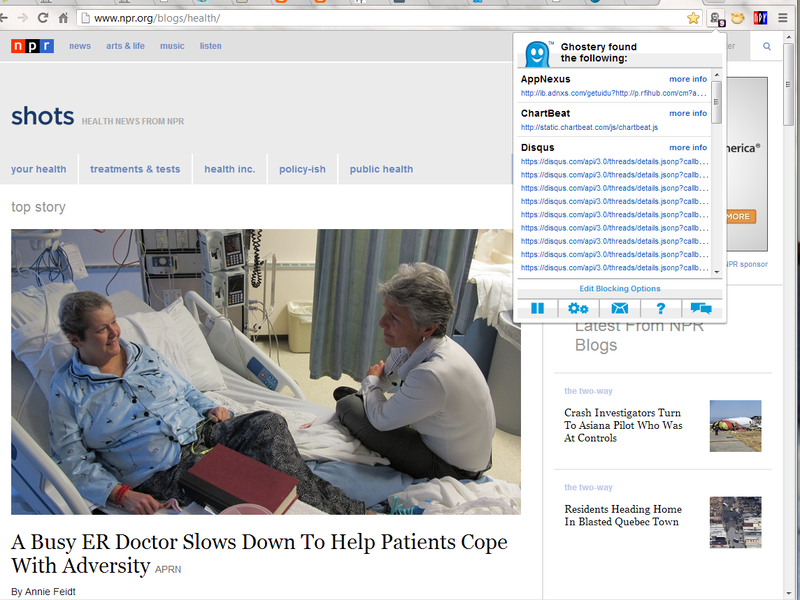 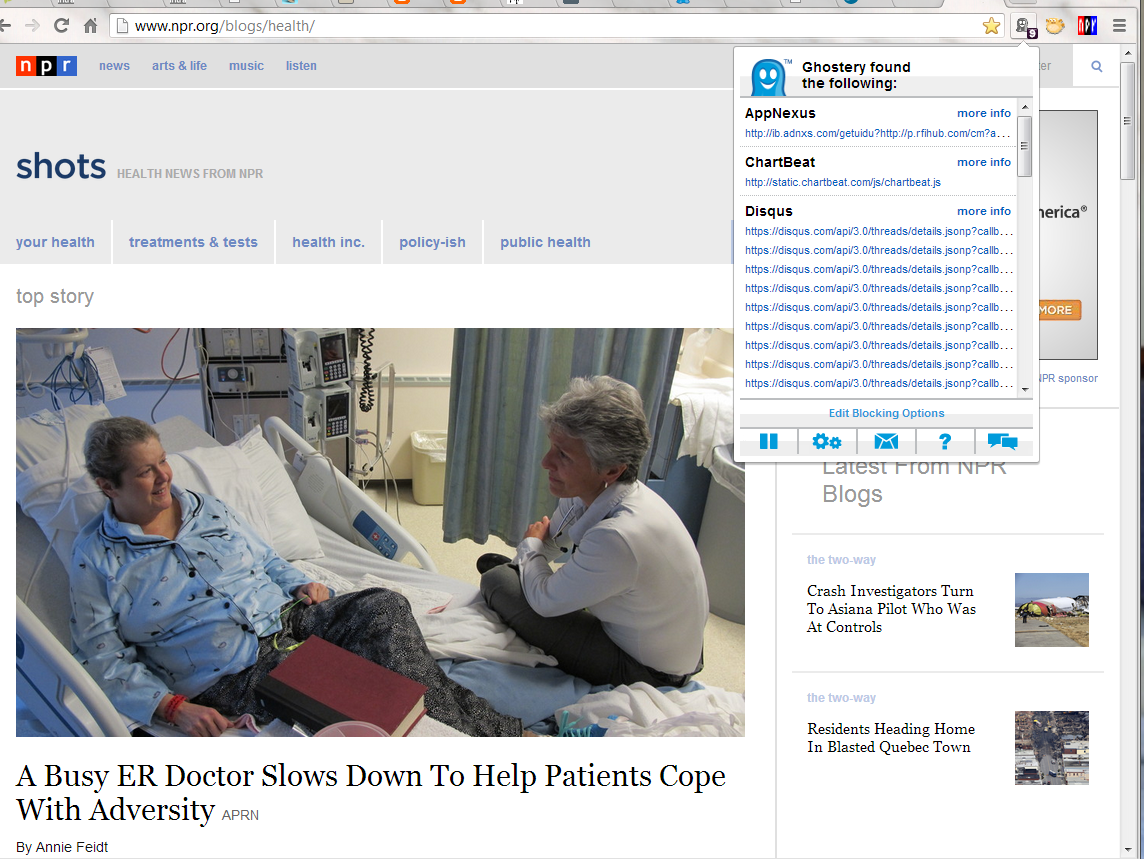 When it comes to sensitive health information, government-run websites appear to do a better job protecting your privacy than many news and commercial sites.

A brief survey published online by JAMA Internal Medicine looked at how 20 health-related websites track visitors. They ranged from the sites of the National Institutes of Health to the health news section of The New York Times online.

Thirteen of the sites had at least one potentially worrisome tracker, according to the analysis performed by Dr. Marco Huesch, an assistant professor of health policy at the University of Southern California.

He also found evidence that health search terms he tried — herpes, cancer and depression — were shared by seven sites with outside companies.

The federally run sites and those affiliated with medical journals generally raised fewer flags than media sites. "It's wonderful to have consumers taking charge of their health," Huesch tells Shots. "But to see how common the third-party harvesting tools was left me disappointed."

Huesch says he's concerned that these tracking and sharing capabilities could erode consumers' trust in sources of online health information. Eventually, they might decide it's too risky to look for help on the Web. He cites confidentiality worries in the early days of AIDS that kept many people from getting tested and treated.

"Let's be very honest, I think this is a massive regulation failure," he says. The federal government, including the Federal Trade Commission, hasn't been aggressive enough in safeguarding privacy, he says. "We should be a little more mature in how we regulate these information markets."

He's pushing for better controls, not a blackout. "I'm not down on data," he says. "I want it treated with respect." Information could be used for good, he says, such as tailoring vaccination campaigns to reach people who are most likely to benefit.

For more information on how the technology and market for your online information work, see the archive of coverage on the topic by The Wall Street Journal. Huesch says the newspaper's stories inspired him to investigate the health sites.

If you're interested, you can do some research yourself. Try Ghostery, one tool Huesch used to find trackers. It's free. I aimed it at Shots and found nine items, most are related to social media, commenting or internal analysis. One called Rocket Fuel is a third-party tracker that Huesch flagged.