Accessibility links
Michael Mastromarino Dies At 49 : Shots - Health News The former dental surgeon went to prison for a long-running scheme to obtain human bodies and then harvest their tissue for sale. He admitted guilt in 2008 and was sentenced to up to 58 years in prison. He died Sunday of cancer. 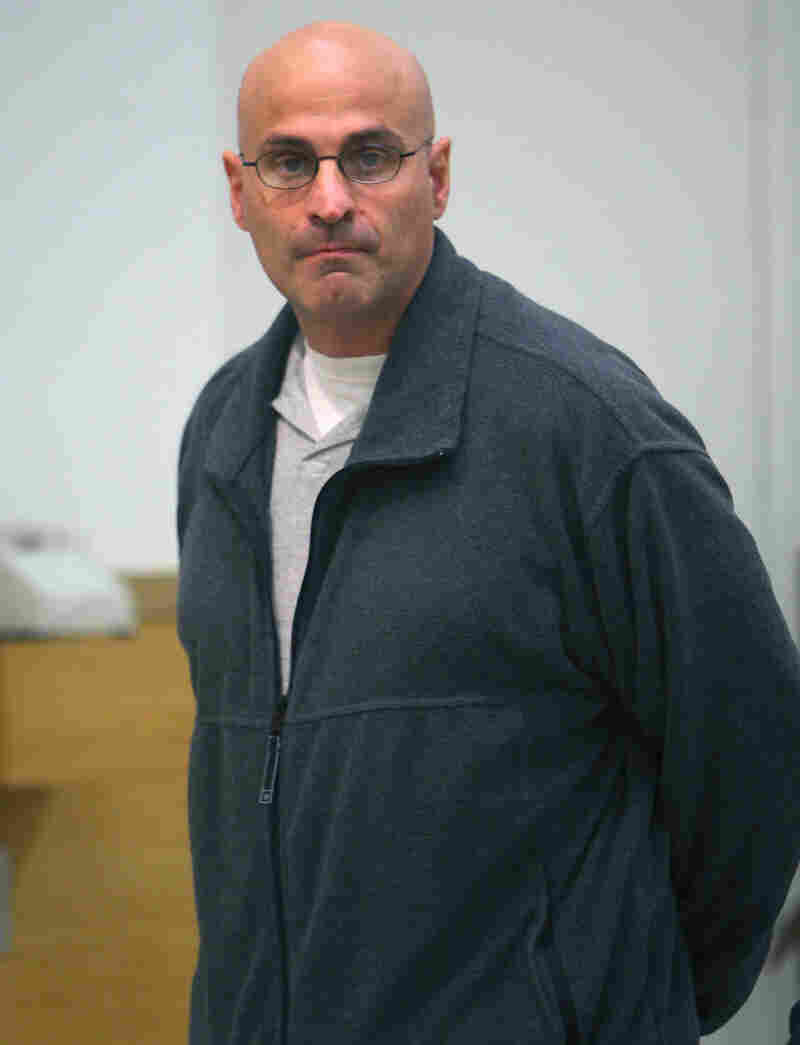 Dr. Michael Mastromarino died Sunday after battling liver and bone cancer. He was 49.

Mastromarino pleaded guilty to "body stealing." In 2008, he was sentenced to up to 58 years in prison.

But he continued to insist that he'd been misunderstood. He spoke to NPR, working with the International Consortium of Investigative Journalists, last year from a prison near Buffalo, N.Y.

As soon as we'd clipped on his microphone and before we could even test the recording level, the tall, bald man in a green prison jumpsuit was defending himself. "This case was completely blown out of proportion," he said. "They made me out to be, like I was doing something completely outrageous."

But what Mastromarino did was outrageous. He was a dental surgeon who gave up his license after he got addicted to drugs. Then he got a license to sell human tissue, and profited in an industry that provides important medical products.

Tissue includes anything that's not an organ — including tendons, ligaments, skin, bones, heart valves and corneas. Tissue is recovered, sterilized and turned into medical products.

A tendon from a cadaver can be used to repair a torn knee ligament. Veins are used in heart bypass operations. Bone can be crushed into powder and used to help mend a broken leg or build up the jaw around a dental implant.

NPR's 2012 series on human tissue donation looked at this global industry. It's poorly understood — especially when compared to organ donation — and lightly regulated, which makes it ripe for exploitation by the rare dishonest broker like Mastromarino.

The tissue comes from bodies that are donated. But Mastromarino didn't get a family's permission. Instead, he set up a network of undertakers and paid them up to $1,000 for each corpse. Then he removed the tissue and faked paperwork that showed he had obtained consent.

In some cases, he took tissue that should have been rejected — from people who'd died of AIDS or cancer — then made up documents to show a more benign cause of death. The family of British journalist Alistair Cooke was shocked to find out Mastromarino had obtained the body of the host of the PBS series Masterpiece Theatre. Cooke died of cancer in 2004.

Mastromarino told NPR it was a very lucrative business. "And no one talks about, you know, the gorilla in the room," he said. "And the gorilla is how much money everybody's making. I'm just being honest." 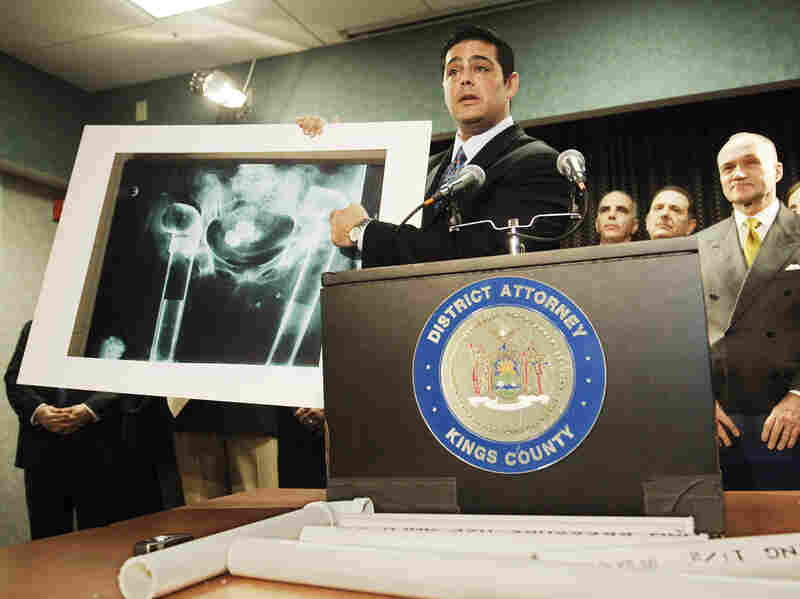 Assistant District Attorney Josh Hanshaft holds an X-ray of the pelvic area of a deceased person with PVC pipe inserted where bones should have been. The image was shown during a New York announcement of indictments of four individuals, including Michael Mastromarino, in 2006. Louis Lanzano/AP hide caption 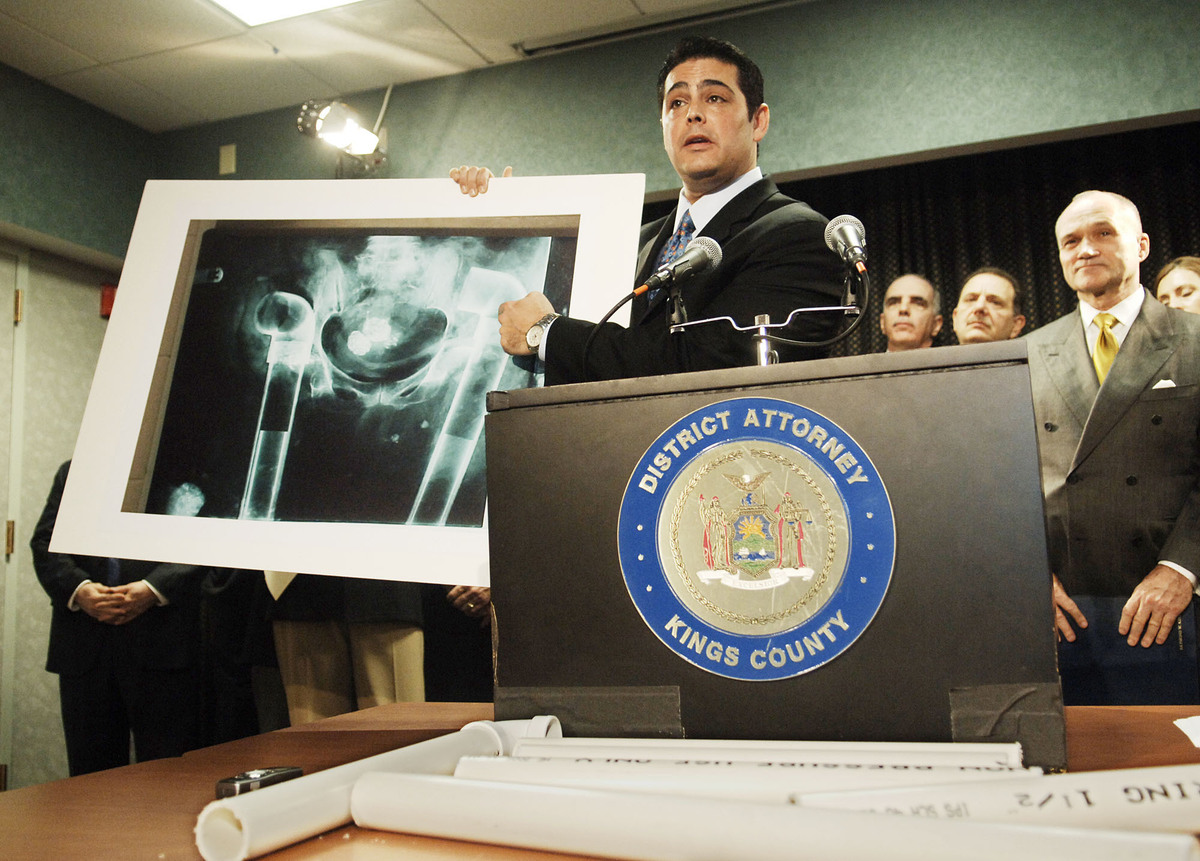 Assistant District Attorney Josh Hanshaft holds an X-ray of the pelvic area of a deceased person with PVC pipe inserted where bones should have been. The image was shown during a New York announcement of indictments of four individuals, including Michael Mastromarino, in 2006.

And on that score, Mastromarino was correct. He was part of a growing, industry that makes at least $1 billion a year. As NPR wrote last year in our series:

You can't sell body parts, the law is clear about that. But you can take what's considered a reasonable fee for your work. Unlike organ donation, where a heart or kidney goes straight from a donor to a recipient, tissue goes through many steps. Is tissue taken from the body at the hospital, a funeral home or morgue? There's a facility fee. Is the body moved? There's a transportation fee. A procurement team takes the body parts. That's another fee. Then companies take the parts and turn them into scores of medical products. As Mastromarino says, there are more and more fees.

Prosecutors said Mastromarino's scheme went on for four years before he was caught. He and his wife agreed to pay back $4.6 million. But until then, he'd lived large. At his New Jersey mansion, he installed heaters under his driveway so he didn't have to shovel the snow. His wife, who divorced him after he admitted his guilt, once said he made a million dollars a year. Mastromarino boasted to NPR it was much more.

Mastromarino died Sunday at a hospital in New York. His attorney, Mario Gallucci, told reporters that Mastromarino had been diagnosed in October with a metastatic liver cancer that had spread to his brain and bones.