Accessibility links
GOP Says, Why Not Delay That Health Care Law, Like, Forever? : Shots - Health News The Obama administration's decision to delay an employer insurance requirement in the Affordable Care Act seems like a good idea to Republicans. So good, in fact, that GOP senators and congressmen are saying that the entire health care overhaul should be reconsidered. 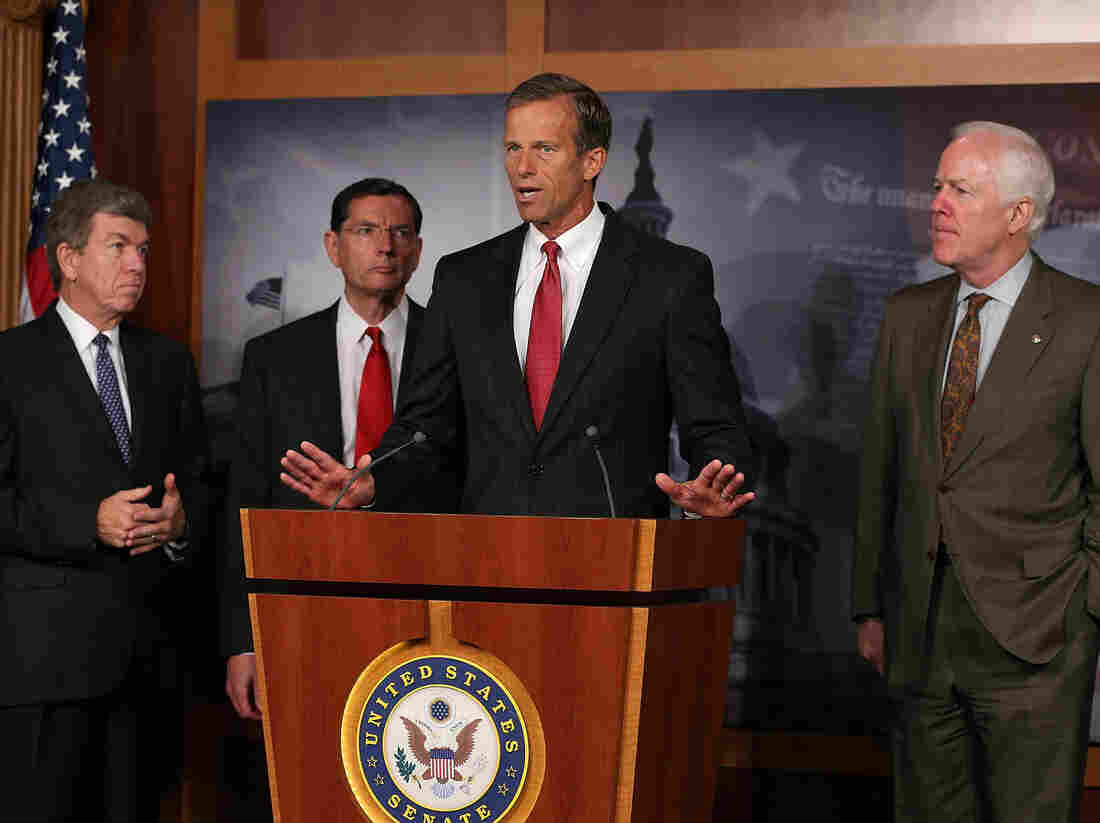 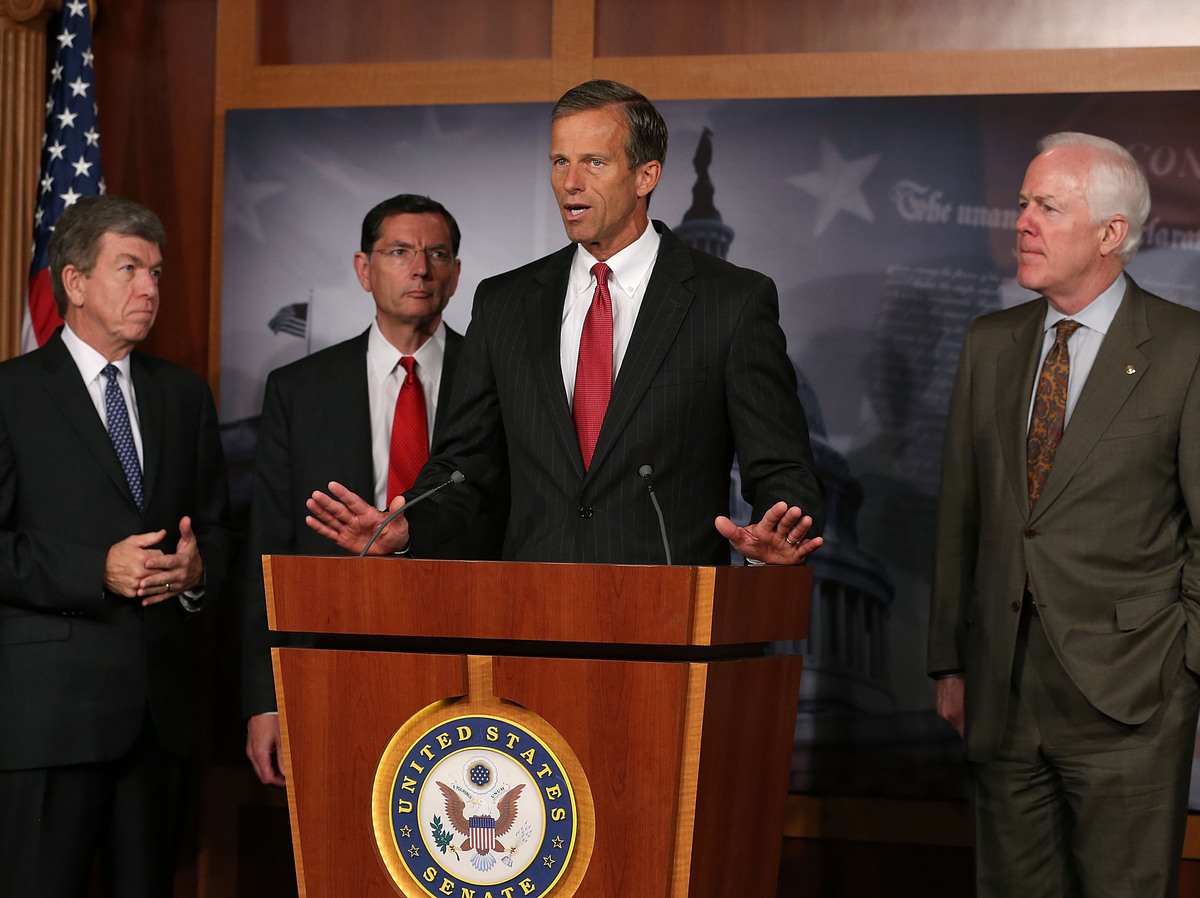 Sensing that recent delays in key portions of the Affordable Care Act have caught the Obama administration at a weak point in its rollout of the law, Republicans in Congress are doubling down on their efforts to cripple the measure, at least in the eyes of the public if not in fact.

"Rather than a partial delay for some, America needs a permanent delay for all," said Sen. John Thune, R-S.D., at a news conference Wednesday on Capitol Hill. Thune got 45 other GOP senators to sign onto a letter to the president urging him to shelve the law entirely.

"It's becoming ever more clear that the Affordable Care Act, ObamaCare, fails to accomplish its intended purposes," said Sen. Jerry Moran, R-Kan., at the press conference.

Moran said hat he would be offering amendments to try to block key aspects of the law during Thursday's Committee on Appropriations markup on funding for the Department of Health and Human Services. His amendments include one that would bar funding to enforce the individual mandate, requiring people to get health insurance or pay a fine.

Across the Capitol, where GOP leaders have already vowed to hold a vote to delay that very individual mandate, the House Ways and Means health subcommittee held a hearing, allegedly to explore what it called the administration's "strangely timed announcement" that it was delaying the employer mandate.

That announcement came on a Tuesday evening, via a blog post, two days before the July 4 holiday.

"You have to wonder, if ObamaCare isn't ready for businesses, is it ready for my family?" asked subcommittee Chairman Kevin Brady, R-Texas, at the hearing. "Clearly the rollout of ObamaCare is in disarray and experts are questioning whether the White House is competent enough to administer its own massive health care law."

Democrats, however, said Republicans were overreacting.

"We don't know exactly what the landscape will look like in January, but it's entirely possible this decision will help consumers," said Rep. Jim McDermott, D-Wash, at the subcommittee hearing. "Employees who remain uncovered will be able to find assistance through tax credits and other subsidies in the federal 'marketplace' or their state exchange. The delay will also give businesses time to adjust and for the community to work with Treasury to figure out the most efficient and effective way to comply with the law."

And witness Timothy Jost, a professor at the Washington and Lee University School of Law and a longtime backer of the Affordable Care Act, accused the panel's Republicans of trying to sabotage the measure.

"If you actually care whether ACA implementation will help your constituents, take action immediately to appropriate the money needed to get the job done," he said. "If you're not willing to help with the job of ACA implementation, you have no standing to complain of delays."

At least some panel Republicans, however, clearly had bigger issues on their minds.

"We see this as not some political issue, about having the bill fail," said Devin Nunes, R-Calif. "We see this as something that definitely leans toward socialism."