Listen to midwife Emily Slocum describe delivering babies in the dark, with no running water.

Listen
How Midwives Have Become Critical In War Zones

How Midwives Have Become Critical In War Zones 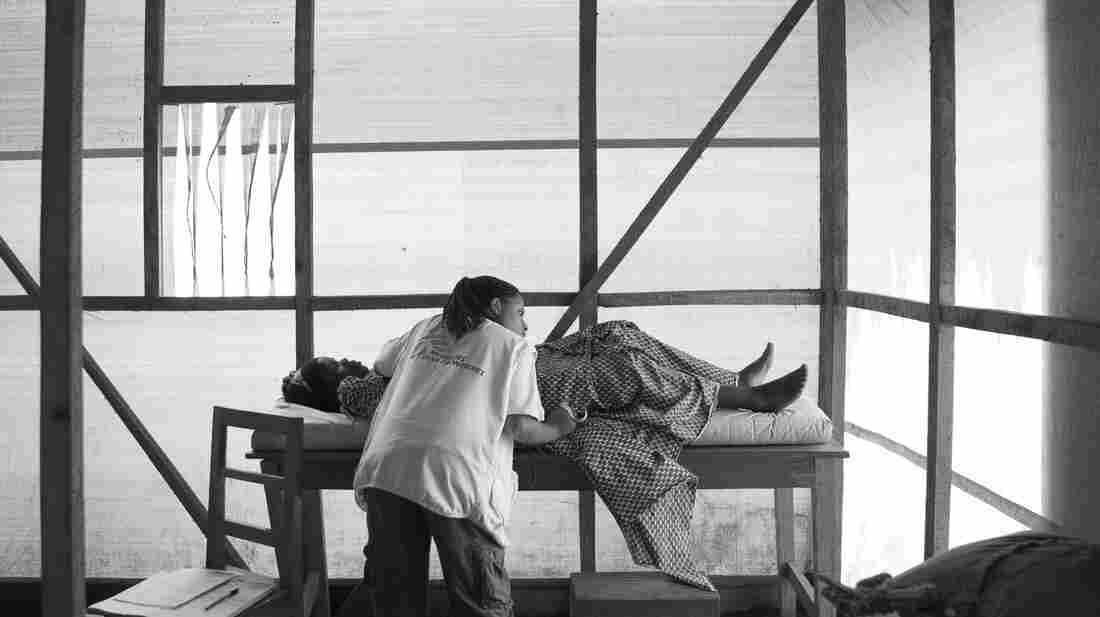 A Doctors Without Borders midwife conducts a prenatal consultation with a patient at Bukombo, a camp for displaced people, in the Democratic Republic of Congo in 2011. Martina Bacigalupo/MSF hide caption 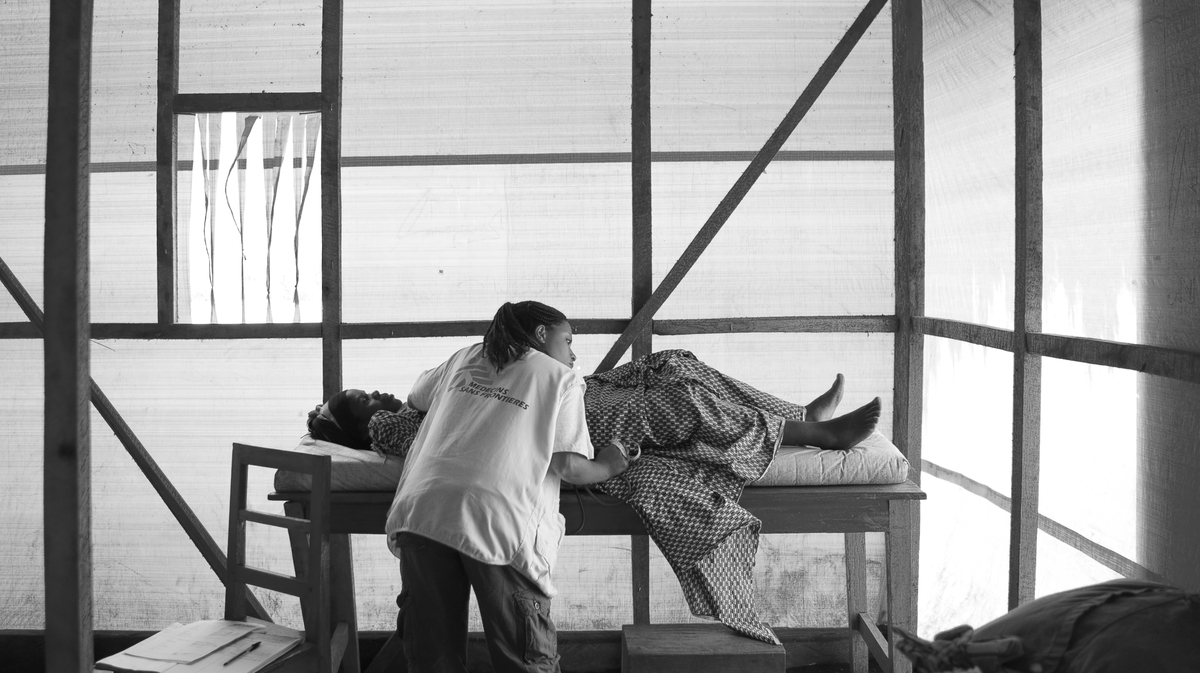 A Doctors Without Borders midwife conducts a prenatal consultation with a patient at Bukombo, a camp for displaced people, in the Democratic Republic of Congo in 2011.

In a conflict zone, getting the basics — food, water, shelter — is a constant challenge. And it likely involves being on the move.

Now imagine pregnancy. There might not be a functioning medical facility for miles. And the environment makes the woman and her baby more susceptible to complications.

Aid groups are increasingly relying on conflict midwives to help women in these situations. In dangerous and unstable regions, midwives' jobs are more than delivering babies: They often have to help women who have experienced sexual violence and have reproductive health issues.

Take Emily Slocum, a midwife with Doctors Without Borders who worked with women affected by the violent conflict in the Democratic Republic of Congo. Some women traveled days to reach her.

The Congo war lasted from 1998 to 2004, but as NPR's John Burnett has reported, ongoing conflict continues to disrupt daily life. The country has millions of displaced people.

Slocum worked at a hospital in South Kivu, where the conflict still lingers, from November 2011 to May 2012. She tells Shots that one of the challenges was keeping underweight newborns warm. Without an incubator, the best practice is to have the mother hold the baby to her skin to keep its body temperature up, she says. She had to teach nurses and mothers to do that when she arrived.

"The baby was immediately sort of taken away and assessed by the nurse and sometimes not given back to the mom immediately," she says. In Syria, an MSF midwife encountered a similar problem, and to improvise, she heated IV fluid bags in the microwave to make small hot water bottles to warm the newborns.

Breastfeeding is also critical in situations where potable water and food access is limited and general hygiene is poor, the Inter-agency Working Group on Reproductive Health says.

Listen to midwife Emily Slocum describe delivering babies in the dark, with no running water.

Crises put people at higher risk for sexual violence, too. In the Congo, women had very limited access to health care at all — never mind contraceptives, Slocum says. But even for a population that's constantly fleeing violence, Slocum could provide longterm solutions with particular birth control methods, such as implants that can last up to five years.

"Some of the women said, 'I'm going to be fleeing in the bush at a moment's notice and so if you can give me something that will help me for three months, a year, three years, then I feel more protected,' " Slocum says.

She felt particularly adept at handling them because of her training as a midwife. Though immediate medical needs often trumped longer-term emotional support, Slocum tried to encourage more tenderness with patients who had traveled for days "over land and water" to get to the hospital to give birth.

Reproductive health specialist Janet Meyers tells Shots there is a global shortage of trained midwives, "particularly in conflict settings." She works on health policy for International Medical Corps, which is trying to tackle that shortage.

"In addition to bringing in the foreign midwives, nurses, doctors ... we look at in-service training, continuing medical education as a way to address midwifery needs in the country," Meyers says.

In South Sudan, for example, International Medical Corps has established two midwifery schools to train people from around the country. 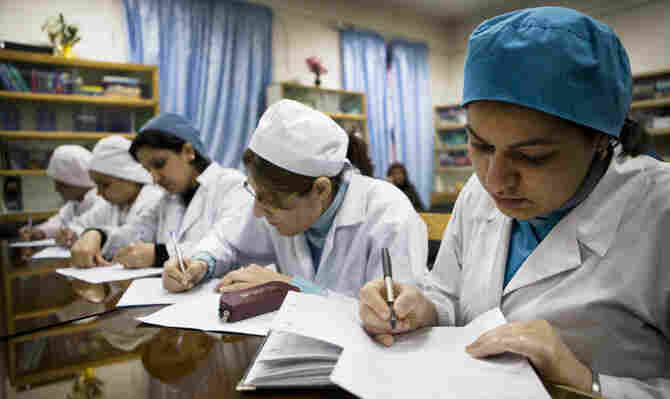 It's a more sustainable approach, but one that works when the country is no longer in crisis mode. For emergency responses, there are international reproductive health standards — everything from prioritizing HIV prevention to which medical tools are essential for a midwife to have from the start.

The tailored action comes later, Meyers says, along with greater knowledge of the local community. Addressing obscured issues like gender-based violence or access to contraceptives is a process, Meyers says.

"One of the best entry points is to talk to [communities] about maternal death and disability. Nobody wants that to happen in their community," she says. "Then, as you build their trust and confidence, you can start talking about some of the other issues that are not readily apparent to you."

Syria is one country still very much in disaster mode — and about 200,000 women there will likely be pregnant this year, the United Nations Population Fund says.

The country's health care system "had once functioned to a high standard," according to a Doctors Without Borders report from March. But amid the violence, health facilities have been targeted, and medical care is hard to come by.

The deliveries aren't easy, either. The relief organization has seen an "abnormally high number of miscarriages and premature births" in Syria, the report says, "due to the stress generated by the conflict."