Accessibility links
Tiny Rat Cocktail Parties Shed Light On Why Smokers Drink : Shots - Health News Smoking and drinking go together like, well, smoking and drinking. A study with rats sheds light on the brain chemistry behind why smokers seem to be more likely to drink, and sometimes to drink to excess. 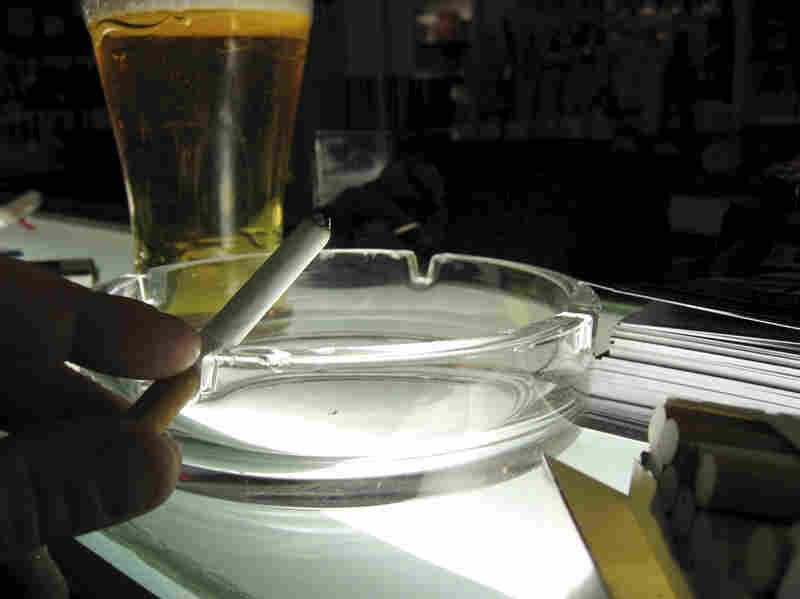 If you were a lab rat, you might already be thinking that you want another drink. iStockphoto.com hide caption 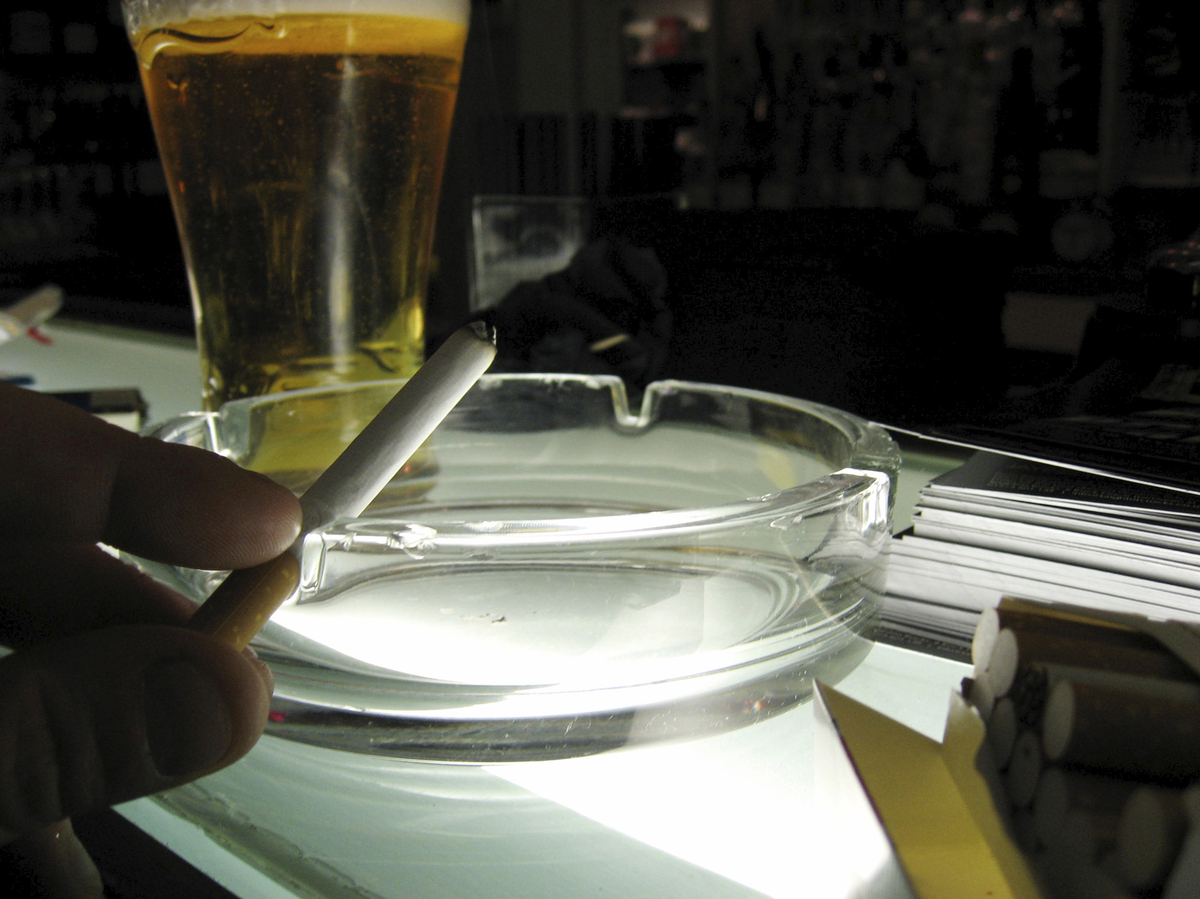 If you were a lab rat, you might already be thinking that you want another drink.

Scientists have spent the last five years serving up rodent-sized alcoholic drinks to hundreds of little black and white rats, after a nice hit of nicotine.

These miniature cocktail parties have provided a clearer view on why nicotine and alcohol are so often used, and abused, together.

"It's pretty well understood by most people that those who smoke are more likely to drink," John Dani, a professor of neuroscience at the Baylor College of Medicine, told Shots. "And these people are ten times more likely to abuse alcohol."

Dani's study, recently published in the journal Neuron, sought to find the underlying cause for the cigarette-and-a-drink nexus.

The brain's interaction with drugs is a bit complicated, but Dani's method was simple. He gave rats some nicotine, waited a bit, and then let them drink alcohol.

Dani wanted to know how dopamine, a chemical that helps regulate the reward and pleasure seeking system in the brain, would respond to the one-two punch.

Alcohol consumption increases the amount of dopamine in the brain. Nicotine use does, too. That dopamine release after smoking or drinking encourages people to drink or smoke again.

So Dani expected the rat brains to release a lot of dopamine after consuming both. But the opposite occurred—the rats' dopamine levels after nicotine and alcohol use were really low.

Dani, thinking the results must be a mistake, kept trying to achieve a high dopamine level in his rats, but it never rose. It was as if the rats never got that nice familiar alcohol-induced buzz.

"We did that experiment so many times before we finally went, 'Wow. This is real and now we've got to figure it out.' " Dani says.

The scientists then started measuring how much the rats were drinking, and that's when the pieces fit together. The nicotine-addicted rats ended up knocking back a lot of alcohol, just like humans who smoke.

They found that nicotine use blunts the release of dopamine that normally occurs when alcohol is consumed alone. So smokers may not feel the effects of alcohol as soon or as much as non-smokers, and thus may be prone to drink more.

"It's consistent with what occurs in the brains of risk takers, people who love dangerous, risky activities," Dani said. "Their brains send out a smaller dopamine signal, and so they seek out more and more dangerous activities."

These findings someday may help make treatment for alcohol and nicotine addiction more effective, says Paul Kenny, a professor of neuroscience at the Scripps Research Institute who was not involved in the study.

"There is a tremendous link to biology in this," Kenny told Shots. "Smoking can really influence the neurochemical interactions in the brain."

Dani says his rat cocktail parties are far from over. Next he's looking at whether nicotine makes adolescent rats more likely to drink as adults.

No word yet on whether the rats get teeny tiny hangovers.