Accessibility links
Unusual Tick-Borne Virus Lurks In Missouri's Woods : Shots - Health News Last year, virologists traced the mysterious illness of two Missouri farmers to a virus never seen before. Now, scientists have found the so-called Heartland virus in ticks. The discovery means the U.S. has another tick-borne illness on its hands — and "another reason to avoid getting bit." 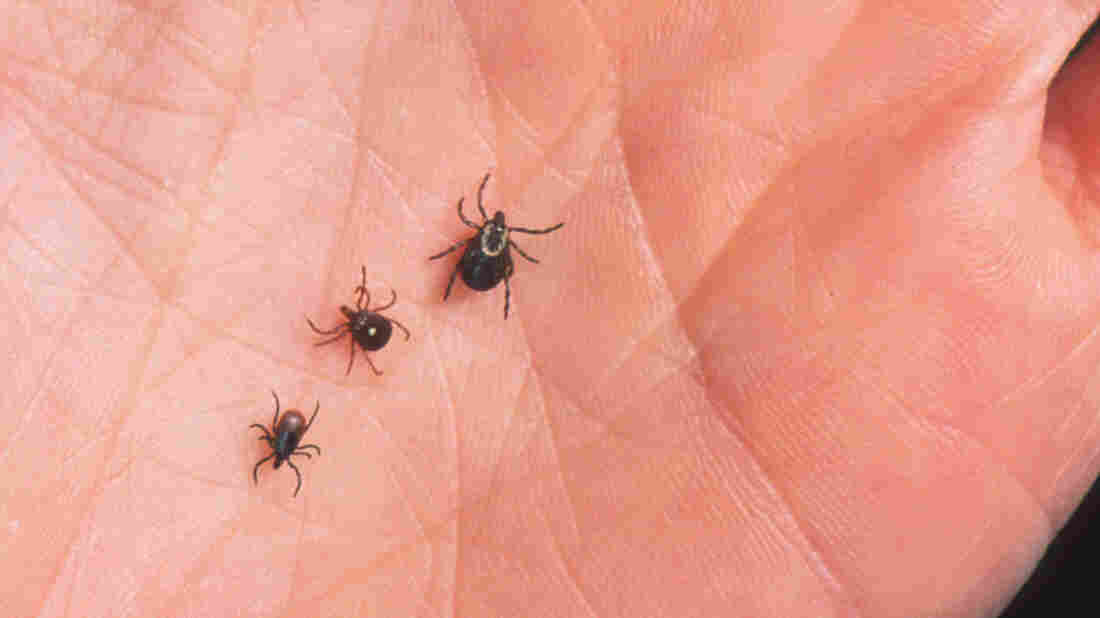 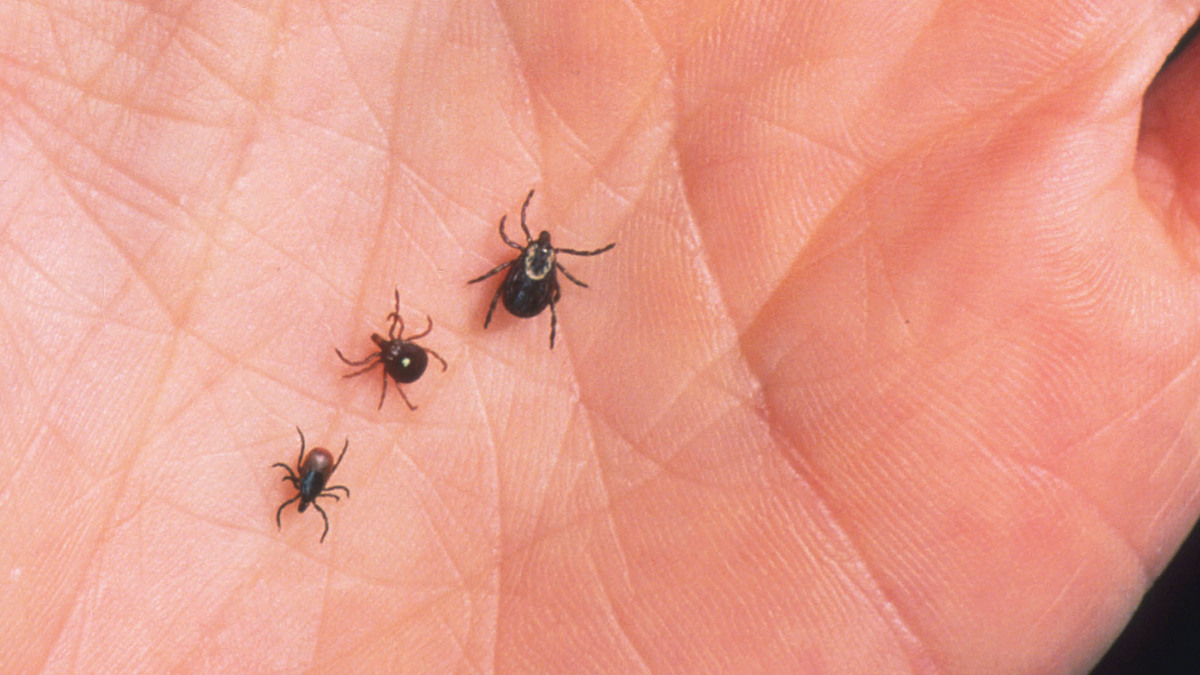 Last year, scientists got the chance to solve a medical mystery — well, at least half of it. This week the final puzzle pieces fell into place, as investigators tracked the newly identified virus to an eight-legged bug.

The mystery actually began with two Missouri farmers who came down with a strange illness in 2009. They had high fevers, diarrhea and nausea. Their platelet counts dropped dramatically, though they didn't experience any abnormal bleeding.

Doctors thought it was a bacterial infection. But antibiotics didn't help. So a quick-thinking physician at Heartland Regional Medical Center in St. Joseph, Mo., sent the men's blood to the Centers for Disease Control and Prevention. 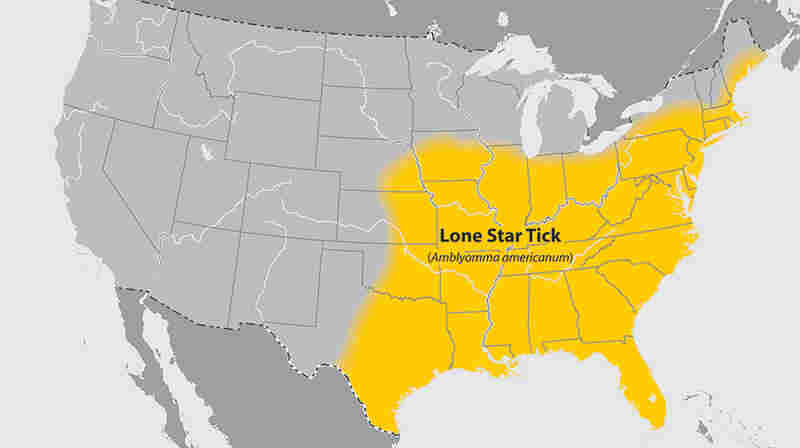 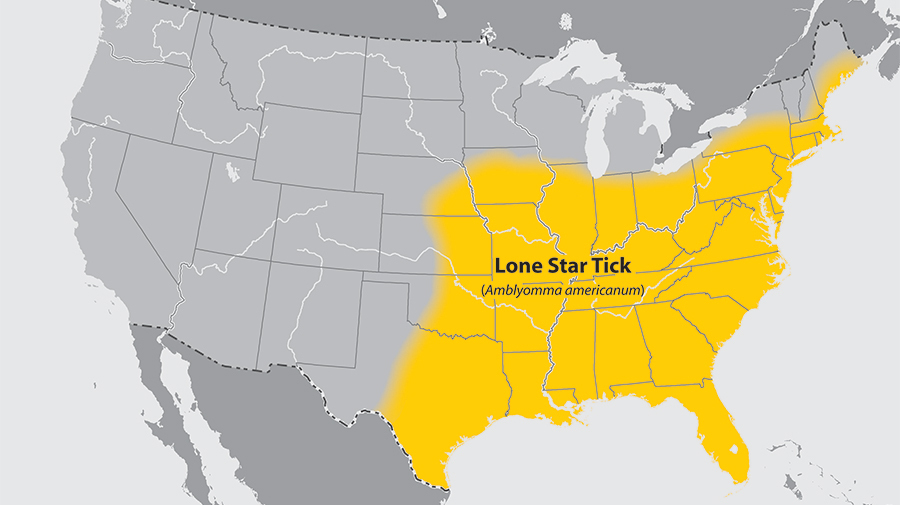 The lone star tick lives primarily in the Southeast U.S. but also thrives along the New England coast.

When virologists looked at the samples under the microscope, they discovered a virus that no one had ever seen before. They named it the Heartland virus, in honor of its origin and the Midwest.

Both farmers eventually recovered from the illness. But a piece of the puzzle was still missing. How did the men catch the virus? Where did it come from?

Now entomologists at the CDC have filled in the blanks. The bug specialists have identified the Heartland virus in ticks at a farm and in a park in northwest Missouri, near where the two farmers live.

"It's the first time anyone has found it in the wild, in the environment," says the study's lead author, Harry Savage. "It means the virus is yet another tick-borne disease in the U.S. — and another reason to prevent getting bit."

Both farmers had been bitten by ticks before getting sick. So Savage and his colleagues hunted for the virus in 12 locations around St. Joseph and the Missouri River. They collected more than 50,000 ticks during the summer of 2012, and even picked the bloodsuckers off horses and dogs on the patients' farms.

The virus showed up in only one species: the lone star tick. And it wasn't in the adult ticks — just the young ones, called nymphs.

The adult lone star tick has a characteristic white dot on its back. Scientists found the Heartland virus only in the young nymphs, not the adults. CDC hide caption

Near the home of one of the farmers, 1 in 500 nymphs had the virus, Savage tells Shots. "If we were looking for Lyme in Connecticut, there would be more ticks infected," he says, "but for a virus, [1 in 500] is a substantial number."

Savage and his team published their findings this week in the American Journal of Tropical Medicine and Hygiene.

The lone star tick — which is named after the white spot on its back, not Texas — doesn't carry the bacteria that causes Lyme disease. But it has been linked to a similar illness, called Southern tick-associated rash illness. And its bite can leave a rash that looks like the one caused by the Lyme-carrying deer tick.

No other cases of the Heartland virus have been reported since its discovery last year. And Savage thinks the risk of infection is still low.

"That's just speculative," he says. "With viruses, there are often a lot of people who are asymptomatic."

And, since the virus is new, health workers have probably missed it, he says. "In Missouri, doctors will think you have bacterial infection, give you antibiotics and send you home."

Savage and his team are just starting to look for the virus in other parts of the U.S. The lone star tick has a broad distribution in the U.S., occupying much of the Southeast. The tick's range has even been expanding over the past few decades, and it now thrives as far north as Maine.