Accessibility links
More Moms Are Breast-Feeding, But Many Babies Still Miss Out : Shots - Health News Mothers are breast-feeding longer, according to a new federal report. But many moms don't get help learning how to breast-feed, and hospitals sabotage their efforts by giving healthy babies formula and giving parents free formula samples. 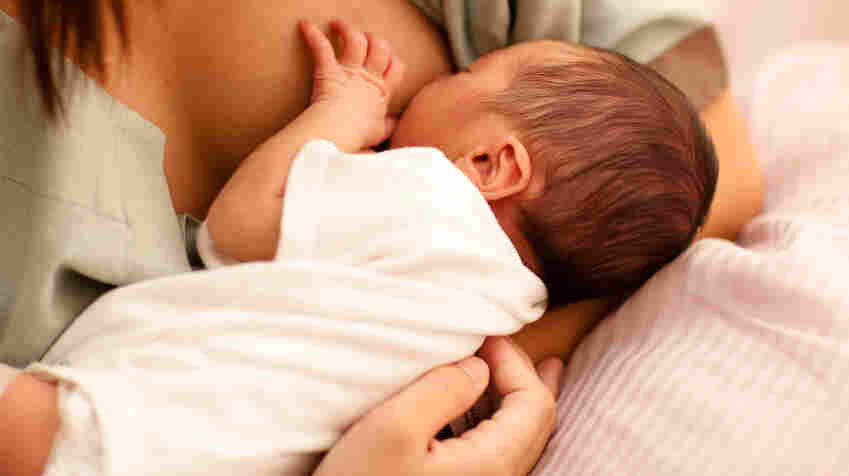 More than three quarters of new babies get at least a start at breast-feeding, according to the CDC. iStockphoto.com hide caption

Almost 50 percent of babies are still being breast-fed at least sometime at 6 months of age, according to the Centers for Disease Control and Prevention. That's up from 35 percent in 2000.

Breast-fed babies are less likely to have ear infections and diarrhea as infants, and less likely to be obese and have diabetes as adults. But public health officials haven't always been successful at getting that message out. For instance, many parents don't realize that breast milk remains better for babies than formula, according to a 2011 surgeon general's report. 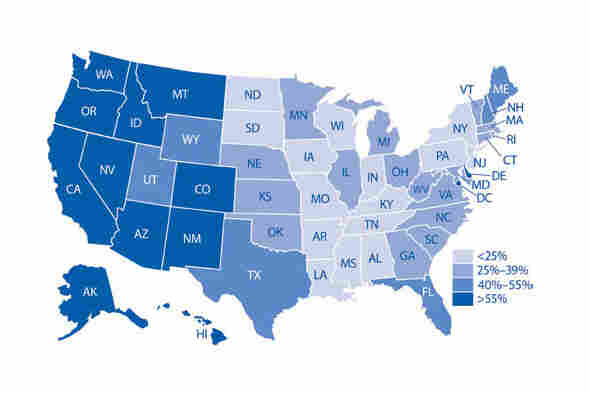 Hospitals are most apt to let babies "room in" with mothers in Western states. Centers for Disease Control and Prevention hide caption 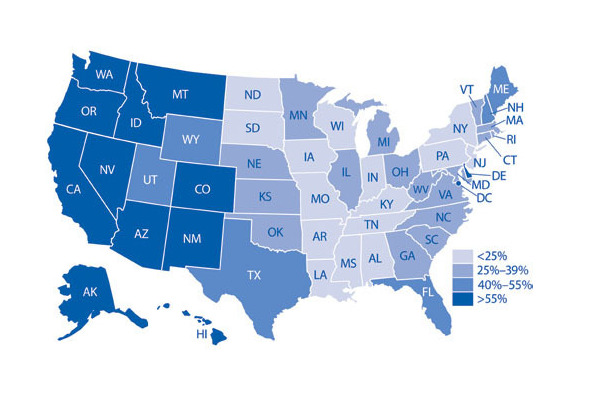 Hospitals are most apt to let babies "room in" with mothers in Western states.

The American Academy of Pediatrics recommends that mothers breast-feed for 12 months, and the World Health Organization recommends breast-feeding for up to two years.

The CDC's Breastfeeding Report Card released Wednesday says that hospitals should do two key things to help new mothers breast-feed: Let babies "room in" with mothers and make sure mothers have skin-to-skin contact with newborns.

Babies who are held against their mother's skin stay warmer and are better able to latch on and nurse. The number of hospitals where newborns were skin-to-skin with the mother rose from 41 percent in 2007 to 54 percent in 2011.

The number of hospitals reporting that babies "room in" at least 23 hours a day rose from 30 percent in 2007 to 37 percent in 2011, the report says. But that still means that two-thirds of babies are kept in a nursery or otherwise far from Mom.