Accessibility links
Want To Be A Morning Person? Take A Few Tips From Campers : Shots - Health News A week out in nature — away from electrical lights — quickly resets the body's internal clock, scientists say. And it helps night owls who have problems waking up be more alert in the morning. The findings suggest some easy ways to help everyone hop out of bed with more energy. 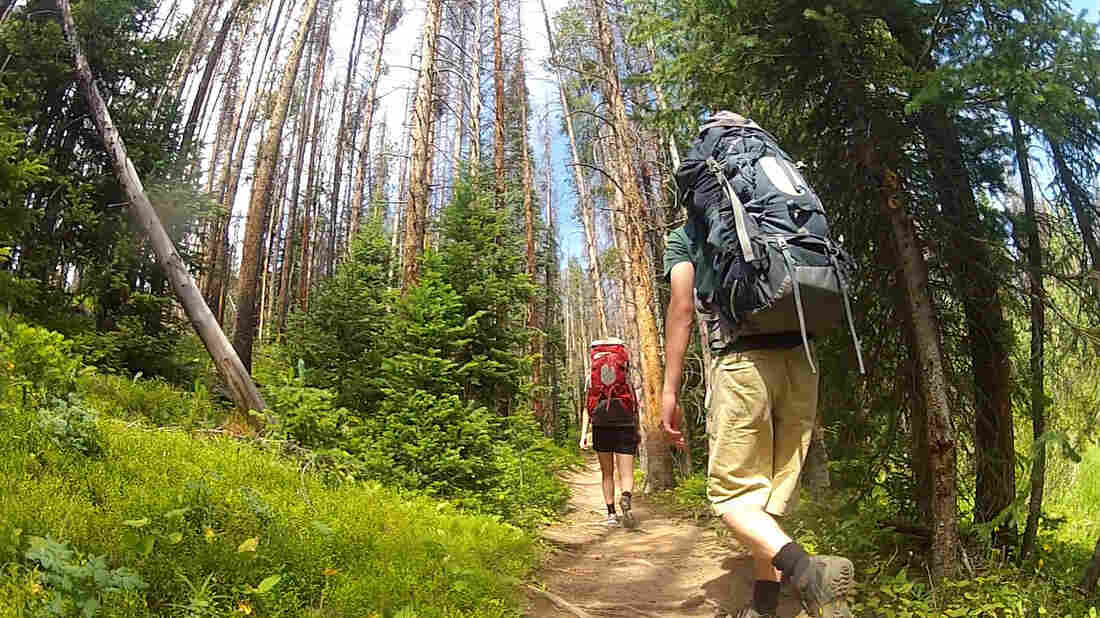 All in the name of science: Volunteers hike in Colorado during their one-week hiatus from electrical lighting. Courtesy of Kenneth Wright hide caption 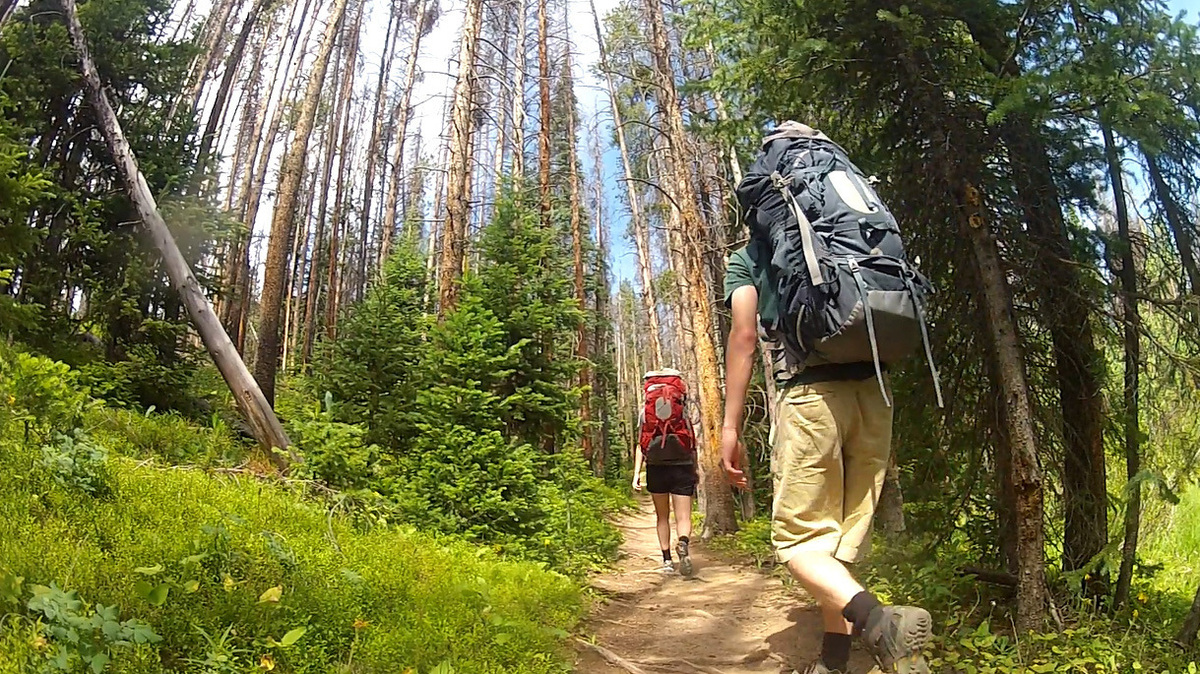 All in the name of science: Volunteers hike in Colorado during their one-week hiatus from electrical lighting.

In the first episode of Downton Abbey, the Countess of Grantham, played by Maggie Smith, complains about the newfangled electrical chandelier installed in her family's 1915 estate. "Oh, dear, such a glare," she says, shielding her eyes with a fan.

The countess may have a point.

Too much artificial light at the wrong time can change sleep patterns and make us groggy in the mornings, scientists report Thursday in the journal Current Biology.

They found that a week of camping — completely away from all electrical lights and computers — quickly synchronizes the body's internal clock to the sun. And it helps night owls who have problems getting up rise earlier and be more energetic in the morning.

The study is small. Just eight people took time off from their busy schedules to camp in Colorado's dazzling Eagle Nest Wilderness (all in the name of science, of course).

But the findings support those from previous studies and offer some easy tips to help us all become morning people. 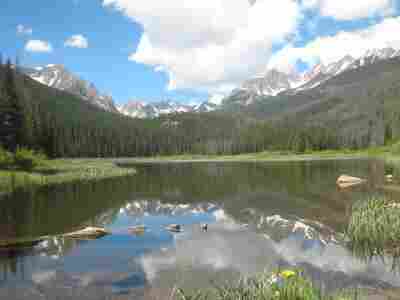 Who needs computers and iPhones when you can wake up to this scene in Colorado's Eagle Nest Wilderness? Courtesy of Kenneth Wright hide caption 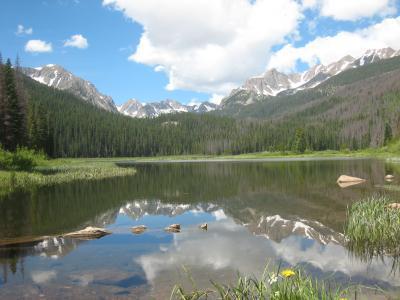 Who needs computers and iPhones when you can wake up to this scene in Colorado's Eagle Nest Wilderness?

"If you consider people who are very late night owls, they stay up late and have a greater difficulty of being alert in the morning," says sleep biologist Kenneth Wright, who led the study. "After camping, we found that their clocks were shifted — and they looked more similar to the early risers."

Everyone has a clock inside their brain that tells the body when to sleep. But unlike a wristwatch, the circadian clock is flexible. It can slow down or speed up depending on how much light is around. That includes rays from computers and phones.

"We already knew that electrical lighting, especially at night, can push the time of your clock later, and that leads to later bedtimes," Wright told Shots.

But, he wondered, what about sitting under artificial bulbs all day in the office? Could that alter sleep patterns, too?

To figure that out, Wright and his team at the University of Colorado, Boulder, gave eight volunteers wristbands that measured their light exposure and sleep times.

For the first week, the participants went about their normal activities, going to work or school. "Then we took them all on a camping trip," Wright says. "They slept in tents, and they received only natural sunlight and campfires."

In the wilderness, the subjects got the same amount of sleep as back in civilization. But their internal clocks jumped ahead two hours, on average, Wright says. So they went to bed earlier and woke up just after the chemicals in their brain told them it was time to rise and shine. (Before the camping trip, people were actually waking up before their brains told them to.)

"Individuals who had the latest bedtimes back at home had the larger shift in their internal clocks after camping," Wright says. Essentially, everyone became a morning person.

Two factors contributed to the change. Everyone got exposed to about four times as many photons while camping than they did in town (because sunshine is much brighter than indoor lighting). And the timing of the light was different. In the wilderness, people were exposed to more light early in the day and less after sunset.

Those findings offer city dwellers a few strategies to help them rise and shine earlier — no tent or bug spray needed.

"We can achieve earlier bedtimes by having people be outside more, especially in the morning," Wright says. "You could start your day with a morning walk. Raise the shades in the house. Or if you read the newspaper, do it outside."

"On the flip side," he says, "reduce exposure to light at night by dimming the lights or computers. This is especially important within the hour prior before bedtime."

Sleep doctor Katherine Sharkey at Brown University says that's exactly how she treats one type of sleep disorder. "We use bright light in morning to advance circadian rhythms," she tells Shots.

Sharkey wasn't involved in the current study, but she calls it "clever." And she says the take-home message is important.

"When we flick on those light switches, there's a biological effect, beside just letting us watch TV or read," Sharkey says. "The light does things to our body's clock — not necessarily bad, but just different."