Accessibility links
What Outbreak? Students Tune Out Tweeted Health Warnings : Shots - Health News When an outbreak of pneumonia sickened 83 Georgia Tech students last fall, campus officials blanketed the campus with information about how to stop the infection's spread. Despite the barrage of information, many students surveyed a month later said they never got the word. 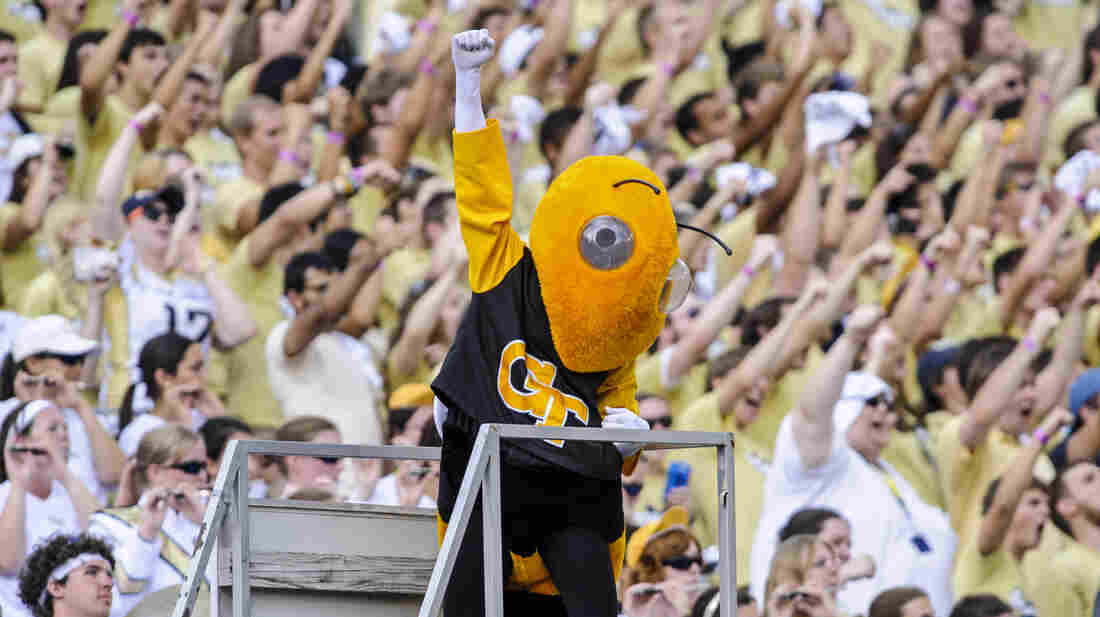 Buzz, Georgia Tech's mascot, wasn't the only bug in the students' midst last fall. An outbreak of bacterial pneumonia sickened at least 83 in what the CDC called the largest known outbreak at a university in 35 years. Collegiate Images/Getty Images hide caption 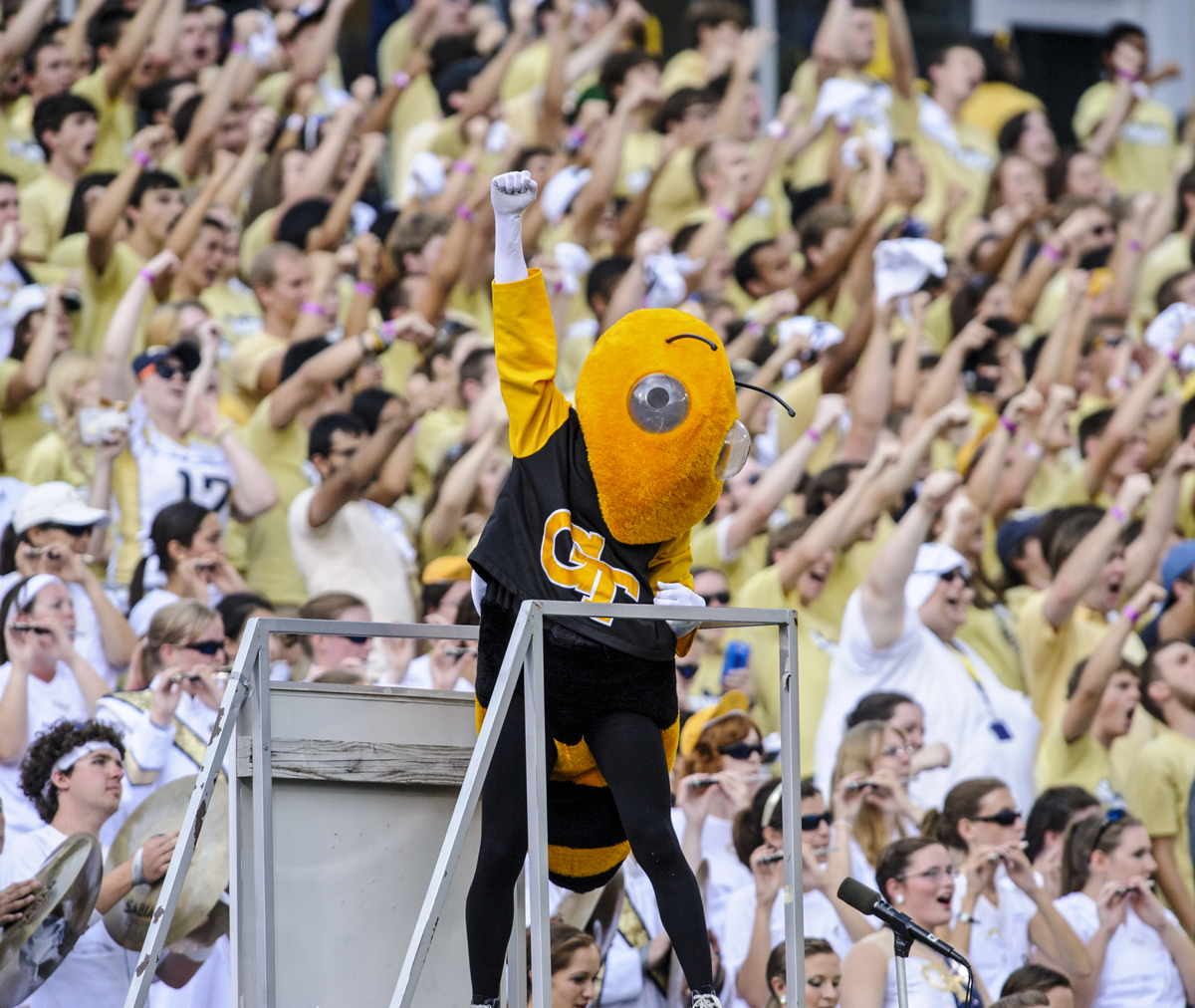 Buzz, Georgia Tech's mascot, wasn't the only bug in the students' midst last fall. An outbreak of bacterial pneumonia sickened at least 83 in what the CDC called the largest known outbreak at a university in 35 years.

You can lead college students to soap and water, but you can't make them wash their hands. In fact, you can't even make them read their e-mail.

That was one takeaway from an outbreak of pneumonia at Georgia Tech last fall that sickened at least 83 students – "the largest [outbreak] reported at a university in 35 years," according to the Centers for Disease Control and Prevention.

Located in Atlanta – the CDC's backyard – Georgia Tech went to great lengths throughout November 2012 to shout word of the public health risk to students via social media, e-mail blasts and paper posters. The campaign urged students to wash their hands, cough into their elbows, stay home when sick and to check with a doctor if they had a cough or fever.

But by early December, when the CDC surveyed 105 students who hadn't been sick to see how well the message had gotten through, most (54 percent) said they were unaware of the outbreak.

Among the 48 students in the sample who said they had heard or read the warnings about the spate of campus illnesses, 26 percent said they'd learned about it through an e-mail; 22 percent from a friend, 6 percent from a poster, and a mere 2 percent via social media.

Though nobody died, five students were hospitalized with complications – four with respiratory failure and one with the heart inflammation known as perimyocarditis.

The bacterium behind the outbreak, Mycoplasma pneumoniae, is a frequent cause of so-called "walking pneumonia." The infection can spread quickly in university settings where students often brush off the cough, sore throat and other symptoms as just a bad cold – and then spread it to their roommates.

"Early outbreak recognition is critical because control measures can limit transmission and complications," write CDC editors commenting on the report in Thursday's issue of Morbidity and Mortality Weekly Report.

Maybe in addition to all those pointed emails and other electronic communications, the MMWR editors suggest, "announcements in group activities or classes" might help. Maybe. They also note that "students can be difficult to reach."

Perhaps this provides a bit of comfort to well-meaning parents everywhere who feel ignored over the dinner table, or across the phone- and Internet-wires by otherwise bright and lovely teens and twenty-somethings. The CDC feels your pain.