Accessibility links
Penn State To Penalize Workers Who Refuse Health Screenings : Shots - Health News The university plans to charge employees who refuse to submit to health screenings an extra $100 a month for their health care benefits. But some employees object, saying the university should encourage workers to be healthy rather than penalize those who don't want to participate in the new program. 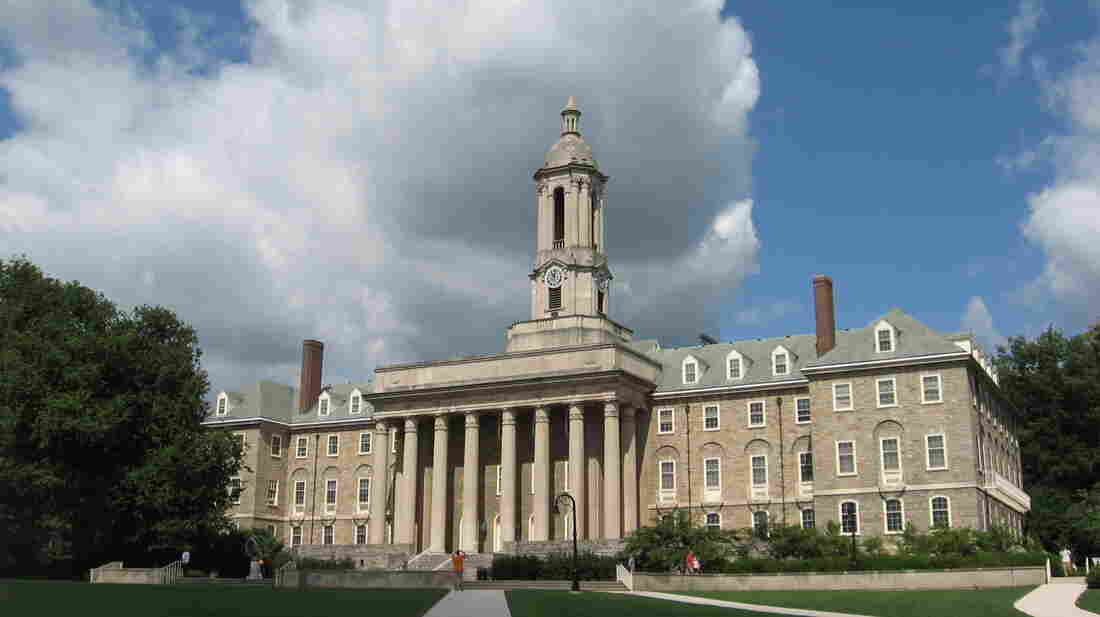 Penn State hopes to reduce its health care costs by helping employees become healthier. But some faculty members complain that charging them $100 a month for refusing to participate in a health improvement program is unfair. Jeff Brady/NPR hide caption

If you work for Penn State and don't agree to step on a scale or have your waist measured, it could soon cost you $100 a month. The Pennsylvania State University is joining a growing list of employers penalizing workers who want company-sponsored health benefits but refuse to participate in health improvement programs.

University officials say they need to take dramatic steps to reduce health care costs, and getting their workers in shape is one way to do it. 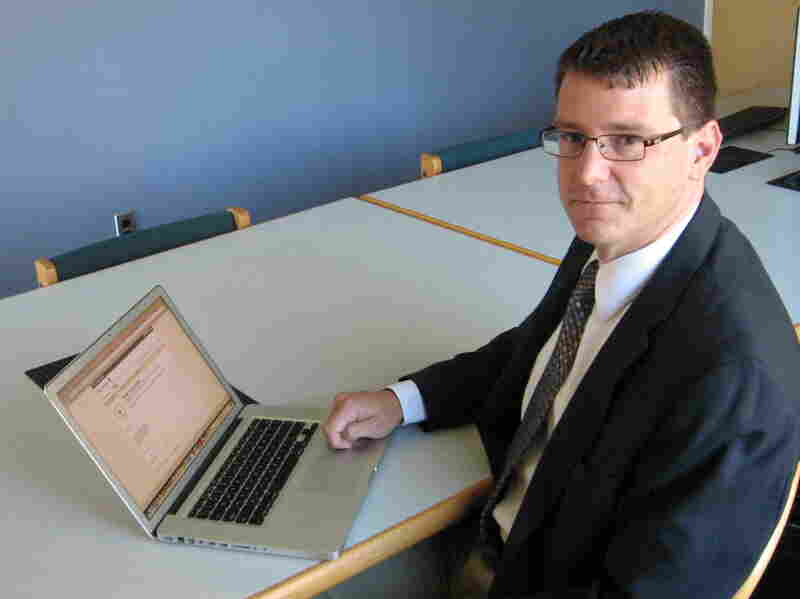 Penn State expects to spend $217 million this year for its health plan, which covers about 40,000 individuals (employees and their family members). Vice President for Human Resources Susan Basso says costs were projected to rise 14 percent next year. She hopes to reduce that to a 5 percent rise through a series of measures that will go into effect by Jan. 1, 2014, and include the Take Care of Your Health initiative.

"The only other way to manage these rising costs is to continue to pass these costs on to the employees, in terms of their premiums," says Basso.

Some employees already have signed up for the required "biometric screenings." The university says more than a quarter of the available appointments have been filled. These screenings include things like testing blood sugar, weight and waist size. And the university says more than 2,700 people have completed the online part of the new requirements — that includes a wellness profile administered by WebMD.

But one professor is encouraging his colleagues to throw a monkey wrench into the works. Matthew Woessner, an associate professor of political science and public policy at Penn State's Harrisburg campus, has written a letter calling on employees to protest Penn State's health improvement program.

Woessner says he's filled out his WebMD profile with nonsense. "I'm 3 feet 8 inches tall, I weigh 50 pounds, [and] my last cholesterol check was when I was six months old," he says, reading from the profile on his computer screen.

Health decisions are an intimate thing, Woessner says, and he doesn't like an employer getting involved. He suggests Penn State workers schedule their biometric screenings with their own physicians, rather than with a company Penn State hired for that purpose. "The university has a chance to save a modest amount of money, and they think it is OK to throw our liberties and our privacy on the funeral pyre," he says.

Basso calls Woessner's campaign "unfortunate and sad." She says all the information submitted by employees is confidential. And she points out that the program is designed to benefit workers by keeping them healthy and saving them money.

This protest comes amid a change in how employers approach health improvement programs. Most began in the past decade with incentives, but now some are switching to penalties, according to Helen Darling, president of the National Business Group on Health. She says well over 85 percent of employers nationally have health improvement programs and most still focus on incentives.

"But there's a definite shift, and the shift is moving faster," says Darling. "The companies that were the earliest ones providing rewards have moved to something that feels or looks more like a penalty."

Penn State's changes to its employees' health care benefits are scheduled to take effect on Jan. 1.