Accessibility links
Could Hotter Temperatures From Climate Change Boost Violence? : Shots - Health News In one analysis, economists predict that extreme weather could boost the number of international conflicts by as much as 50 percent by 2050. Higher temperatures might also increase the rates of murder, rapes and domestic violence, they say because aggression seems to rise with the mercury. 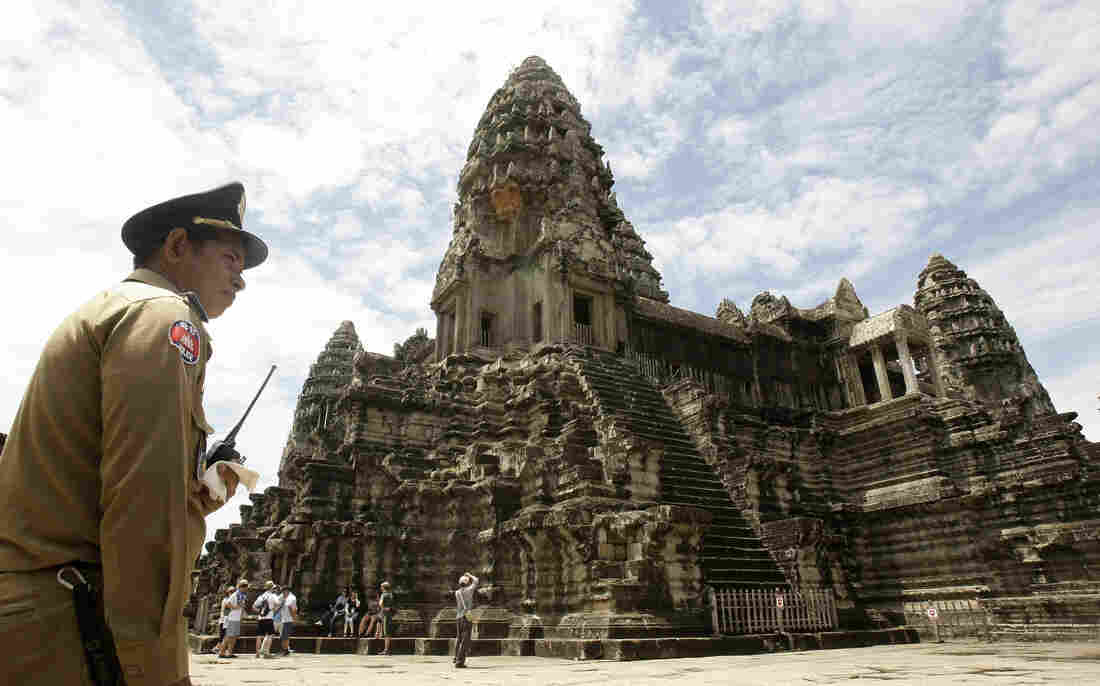 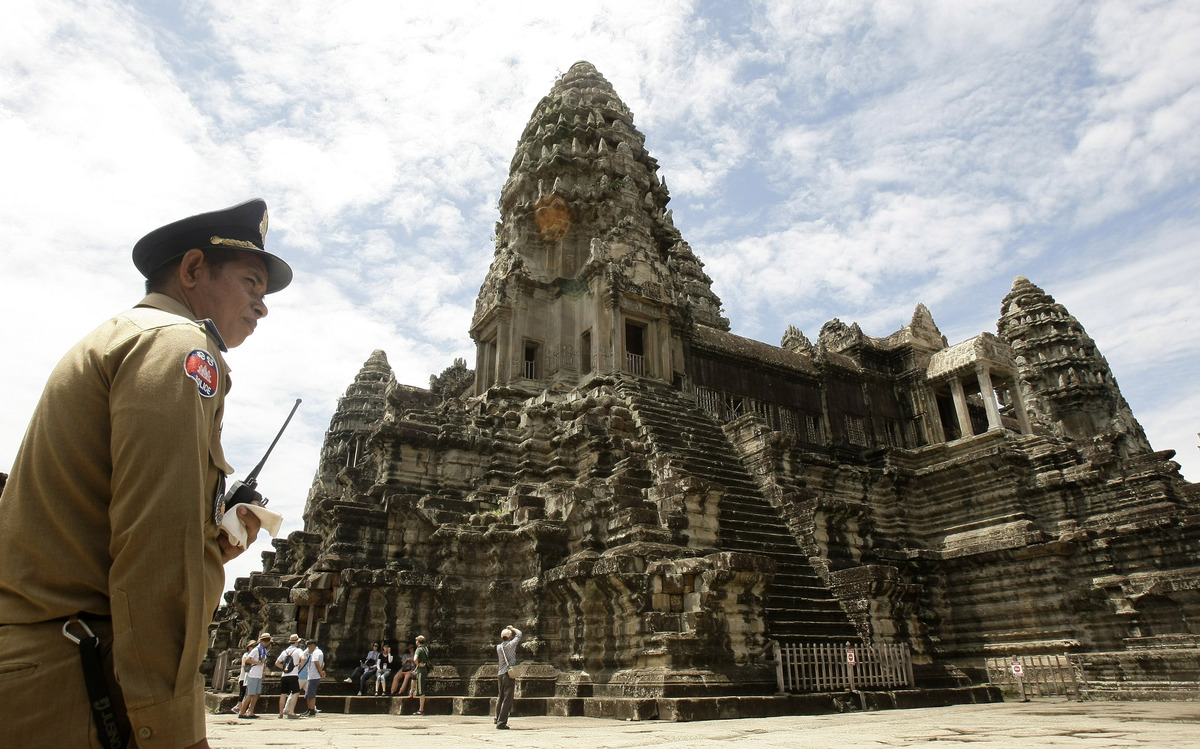 A police officer guards Cambodia's famed temple of Angkor Wat. The powerful city-state collapsed in 1431 after suffering through two decades of droughts.

Rates of homicide and other violent crimes often spike in cities during heat waves. People get cranky. Tempers flare.

So as the Earth gets hotter because of climate change, will it also become more violent?

Many scientists have thought so. And now a team of economists offers the first quantitative estimates for just how much weather changes might amplify human conflict.

The analysis, published in this week's Science, includes large-scale events — such as war and riots — and also personal conflicts, including murders, rapes and domestic violence.

Is The World A Less Violent Place?

Not all climate watchers agree with their estimates. But if the economists' prediction is right, climate change could boost conflicts between nations and ethnic groups by as much as 50 percent by 2050, and interpersonal violence by 16 percent.

Previous research has found correlations between extreme weather — droughts and flooding — and escalating wars and civil unrest. Often the violence is associated with food shortages or unemployment.

Other reports have linked hot temperatures and increased aggression — everything from higher rates of domestic violence to more horn-honking on freeways. Heat may even boost the likelihood that baseball pitchers hit batters with pitches, one study suggests.

The likely connection between weather fluctuations and conflict dates back at least 4,000 years, says Solomon Hsiang, an assistant professor of public policy at the University of California, Berkeley, who led the current meta-analysis.

"One of the world's first powerful empires — the Akkadian — collapsed during a period of drought," Hsiang tells Shots. "Almost all Chinese dynasties collapsed during dry episodes. And they didn't get restarted until the climate shifted back."

More recently, with climate change now on everybody's radar, research exploring the possible weather-violence link has exploded. Hsiang and his team found about 1,000 papers touching on the topic.

They whittled the list for their analysis to just the 60 most rigorous studies, Hsiang says, and that's when they saw a clear trend: When temperature or rainfall deviates much from the average, whether up or down, violence is more likely to occur. For each standard deviation rise in temperature — which is about 3 degrees Celsius in New York City, for example — interpersonal violence is predicted to increase by about 4 percent and large-scale clashes by 16 percent.

"Conflicts arise from strains in personal relationships or intercultural relationships," Hsiang adds. "Extreme weather [increases] the likelihood that those strains turn into violence."

Some researchers caution that Hsaing's study paints an incomplete picture of the causes of conflict.

"It would be a mistake if readers of this paper felt that the world has become a violent place as the climate changes," environmental scientist Andrew Solow, of Woods Hole Oceanographic Institution, tells Shots. "The aggregate picture is not that. Recently, the world has become less violent."

Street crime in the U.S. has been steadily declining for a couple of decades, Solow notes. And parts of sub-Saharan Africa have clearly seen changes in climate, but civil conflict there has decreased overall.

"That doesn't mean that climate has no effect on violence," Solow adds. "But other factors — economic and social — affect the rate of violence and are probably responsible for the observed decline."