Accessibility links
Harsh In Hard Times? A Gene May Influence Mom's Behavior : Shots - Health News Mothers with the "sensitive" version of a gene became more likely to strike or scream at their children during the Great Recession, researchers say. But as a complete economic collapse became less likely, the moms relaxed. Those with the "insensitive" version didn't change their behavior. 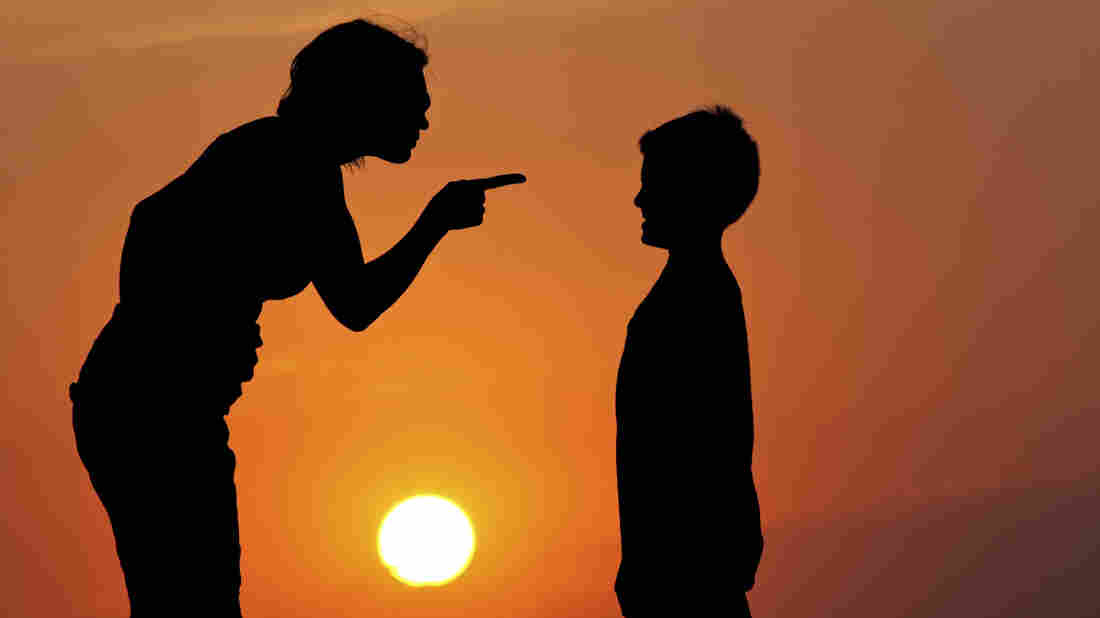 A gene known as DRD2 affects the brain's dopamine system and is known to be associated with aggressive behavior. iStockphoto.com hide caption

A gene that affects the brain's dopamine system appears to have influenced mothers' behavior during a recent economic downturn, researchers say.

"You have the same genes, and with a different environment it's a completely different story," says Irwin Garfinkel, a professor of contemporary urban problems at Columbia University. "I think that's the most amazing part of what we found."

Garfinkel and four other researchers published the results in the Proceedings of the National Academy of Sciences.

The surprising finding came about because Garfinkel and the other researchers happened to be studying "fragile" families in 20 large cities when the 2007 recession began. One of the things they were tracking was reports of harsh parenting, including spanking, hitting or screaming at a child, he says.

Previous research had found that harsh parenting is more common during economic hard times, so Garfinkel says that's what researchers expected to see during the 2007-2009 period, often called the Great Recession.

The team was puzzled by the reports that harsh parenting, despite rising initially, actually declined as the recession got worse. Dohoon Lee, an assistant professor of sociology at New York University, suggested that the mothers' genes might offer an explanation.

The team focused on the DRD2 gene because the dopamine system affects how people feel, and that particular gene is known to be associated with aggressive behavior. They looked at genes only from mothers because it would have been more expensive and more difficult to include fathers.

The results suggest that mothers with the "sensitive" gene were reacting not to the economic downturn itself, but to the fear that things would get really bad, Garfinkel says. Once it began to look as if a complete economic collapse wasn't going to happen, he says, they seemed to relax and became less harsh than the moms with the "insensitive" dopamine gene.

That explanation fits nicely with a theory of genetics that is often explained in terms of orchids and dandelions.

Dandelions tend to do pretty well regardless of whether conditions are good or bad. Orchids, on the other hand, die in poor conditions, but in the right environment, they thrive and become "one of the most beautiful plants on the planet," Garfinkel says.

Moms with the sensitive dopamine gene appear to behave like orchids, Garfinkel says, parenting badly when things look bleak, but really well when things are better than they expected.

That conclusion is consistent with a new understanding of the brain's dopamine system, says Michael Frank, a neuroscientist at Brown University. Scientists used to think brain cells in this system responded to rewards — like good news. But that's changed, Frank says.

So if you were expecting the next Great Depression, your dopamine system would make you feel better when it didn't occur.

But genetic studies like this one are tricky and need to be replicated, Frank says. One possibility is that the mothers' behavior was correlated not only with changes in the dopamine gene but with other genes that might be even more important.