Accessibility links
Experimental Malaria Vaccine Shows Promise In Human Test : Shots - Health News In a preliminary study, a new type of vaccine offers strong protection against malaria when given at high doses. The study was extremely small and short-term. But health leaders say they are cautiously optimistic about the approach. 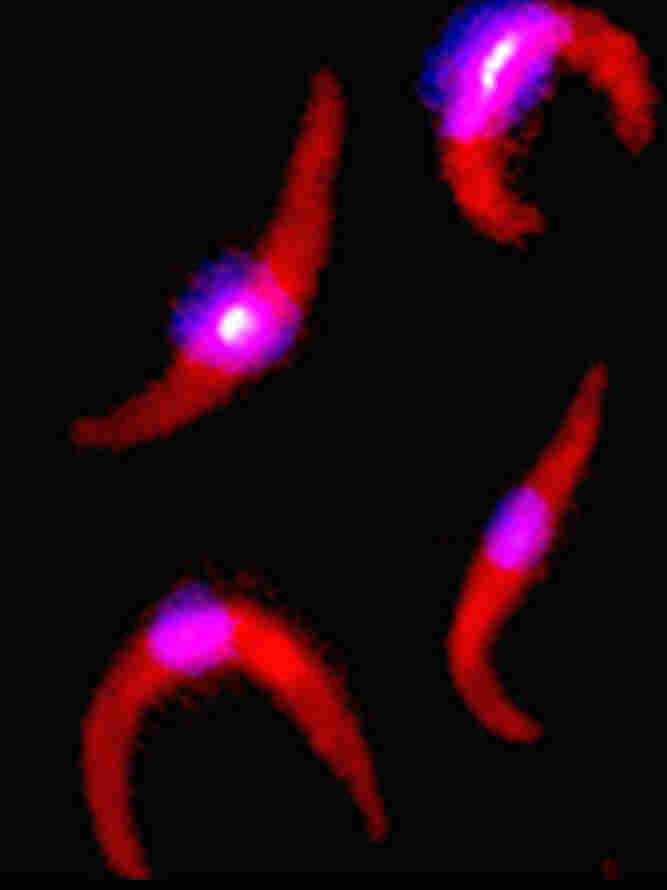 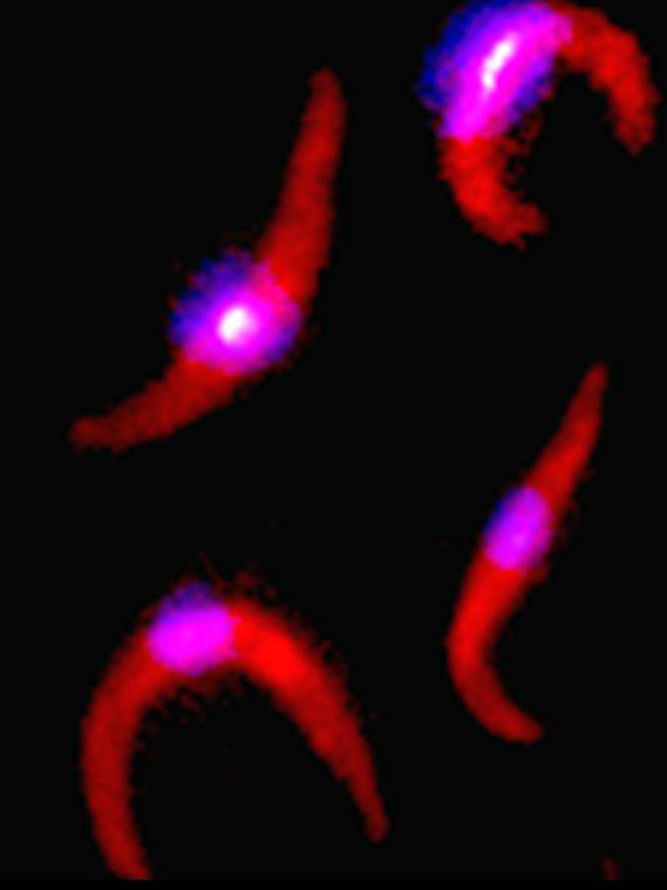 A viable, effective vaccine against malaria has long eluded scientists. Results from a preliminary study have ignited hope that a new type of vaccine could change that.

The experimental vaccine offered strong protection against malaria when given at high doses, scientists report Thursday in the journal Science.

The study was extremely small and short-term. And the candidate vaccine still has a long way to go before it could be used in the developing world.

The vaccine, called PfSPZ, protected 12 of the 15 volunteers from malaria, including all six who received the high dose. By contrast, 11 of the 12 participants who weren't vaccinated came down with malaria.

"It's true to say that this is really impressive to have this degree of protection," Fauci says about the results. "But on the other hand you have to temper it by saying the numbers are still relatively small."

The trial needs to be replicated on a far larger scale, he says. And it's still unknown how long the malaria protection lasts.

The participants in this study were all bitten by five mosquitoes infected with the malaria parasite Plasmodium falciparum three weeks after getting the vaccine shot.

Because everyone got exposed at the same time, this study wasn't designed to show how PfSPZ works over time. For any vaccine to be successful in the field, it would need to ward off the disease for years after the inoculation. Three weeks would be way too short.

PfSPZ is different from these previous vaccines because it uses whole, weakened parasites to trigger an immune response, instead of just a small part of the parasite, like a protein on its surface.

"We don't have any vaccines against parasitic infections like malaria because the parasite is so complex. It changes itself in your body. It morphs from one stage to the next," says Stephen Hoffman, the CEO of the Rockville, Md., company Sanaria, which developed PfSPZ.

Specially, PfSPZ gets certain immune cells, called T cells, to attack the parasite directly, instead of relying primarily on an antibody response.

"The idea that somehow one is going to make a vaccine that just attacks one of those thousands of proteins, and that's going to provide long-term protective immunity has always seemed odd to me," he says. "But that's what all the other approaches are about."

Sanaria is moving quickly to conduct larger scale trials of PfSPZ in Africa. A study in Tanzania is slated to start in six weeks.

If things go well with the upcoming trials, Hoffman says, the earliest the vaccine might be available for widespread use would be in late 2017 or early 2018.