Accessibility links
Brains Of Dying Rats Yield Clues About Near-Death Experiences : Shots - Health News Researchers discovered what appears to be a momentary increase in electrical activity in the brain associated with consciousness. As the brain struggles to survive, it also struggles to make sense of many neurons firing in the survival attempt. 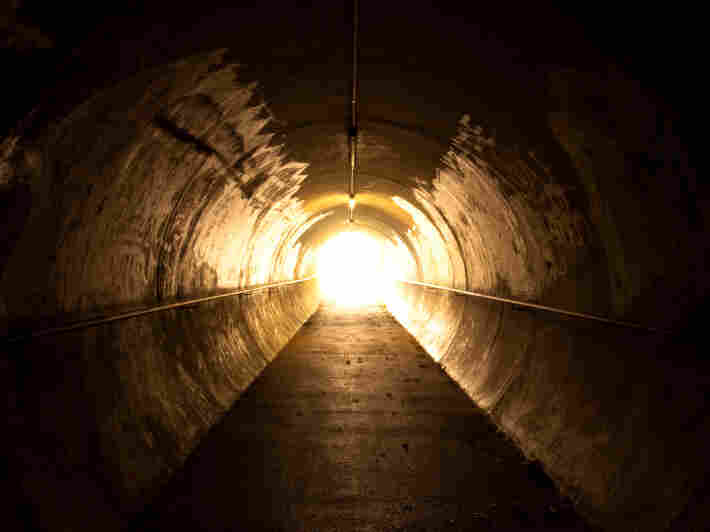 Could the images common in accounts of near-death experiences be explained by a rush of electrical activity in the brain? Odina/iStockphoto.com hide caption 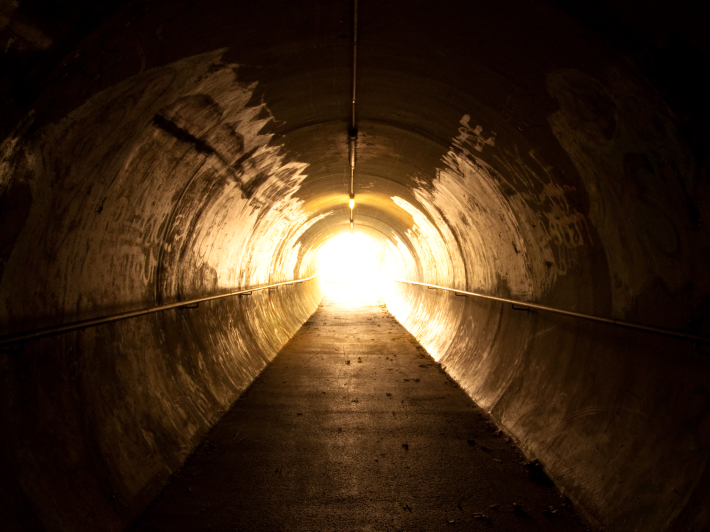 Could the images common in accounts of near-death experiences be explained by a rush of electrical activity in the brain?

A burst of brain activity just after the heart stops may be the cause of so-called near-death experiences, scientists say.

The insight comes from research involving nine lab rats whose brains were analyzed as they were being euthanized. Researchers discovered what appears to be a momentary increase in electrical activity in the brain associated with consciousness.

Although the experiment relied on animals, the results could apply to humans, too, the researchers say.

"Now science tells us the experiences really could be real for these individuals, and there is actually biological basis for that," says Jimo Borjigin, of the University of Michigan in Ann Arbor, who led the research. "There's a scientific basis in their brain. It's all really happening in their brain during this very early period of cardiac arrest."

People regularly report having powerful experiences when they come close to dying. They often say they had an overwhelming feeling of peace and serenity. Frequently they describe being in a dark tunnel with a bright light at the end. Many report meeting long-lost loved ones.

"Many of them think it's evidence they actually went to heaven — perhaps even spoke with God," Borjigin says.

Borjigin wanted to find out if there was something happening in the brains of these people who had close calls with death that could help explain these experiences.

"If the near-death experience comes from the brain, there's got to be signs — some measurable activities of the brain — at the moment of cardiac arrest," she says.

But it's really hard to study this in people. So Borjigin and her colleagues decided to study rats. They implanted six electrodes into the brains of nine rats, gave the animals lethal injections and collected detailed measurements of brain activity as they died.

"We were just so astonished," Borjigan tells Shots.

Just after the rats' hearts stopped, there was a burst of brain activity. Their brain suddenly seemed to go into overdrive, showing all the hallmarks not only of consciousness but a kind of hyperconsciousness.

"We found continued and heightened activity," Borjigan says. "Measurable conscious activity is much, much higher after the heart stops — within the first 30 seconds."

Borjigin and her colleagues think they essentially discovered the neurological basis for near-death experiences. "That really just, just really blew our mind. ... That really is consistent with what patients report," she says.

Patients report that what they experienced felt more real than reality — so intense that it's often described as life-altering.

But Borjigan thinks the phenomenon is really just the brain going on hyperalert to survive while at the same time trying to make sense of all those neurons firing. It's sort of like a more intense version of dreaming.

"The near-death experience is perhaps is really the byproduct of the brain's attempt to save itself," she says.

Other scientists praised the research, which is being published in the Proceedings of the National Academy of Sciences.

"It shows us in considerable more detail than ever done before what happens when the brain is dying," says Christof Koch, a neuroscientist at the Allen Institute for Brain Science in Seattle.

"When you turn off a light switch, the light immediately goes from on to off," Koch says. "The brain doesn't immediately go off, but it shows a series of sort of complicated transitions."

But other scientists are unconvinced. They question how much rat brains can really tell us about humans. "I don't think that this particular study helps in any way to explain near-death experiences in human beings," says Sam Parnia, who studies dying and near-death experiences at the Stony Brook University School of Medicine in New York.

"We have no evidence at all that the rats had any near-death experiences or whether animals can have any such type of experience, first of all," Parnia says.

Borjigin and Koch argue that rat brains and human brains are similar enough to think they probably work in similar ways when they're dying. But they acknowledge that the new research is just the first step in trying to understand the neurological basis of near-death experiences.