Accessibility links
Violence Causes Doctors Without Borders To Exit Somalia : Shots - Health News After suffering dozens of attacks against staff members, including kidnappings and murders, the nonprofit is closing all operations in Somalia. In many parts of the country, the aid group was the only source of health care. 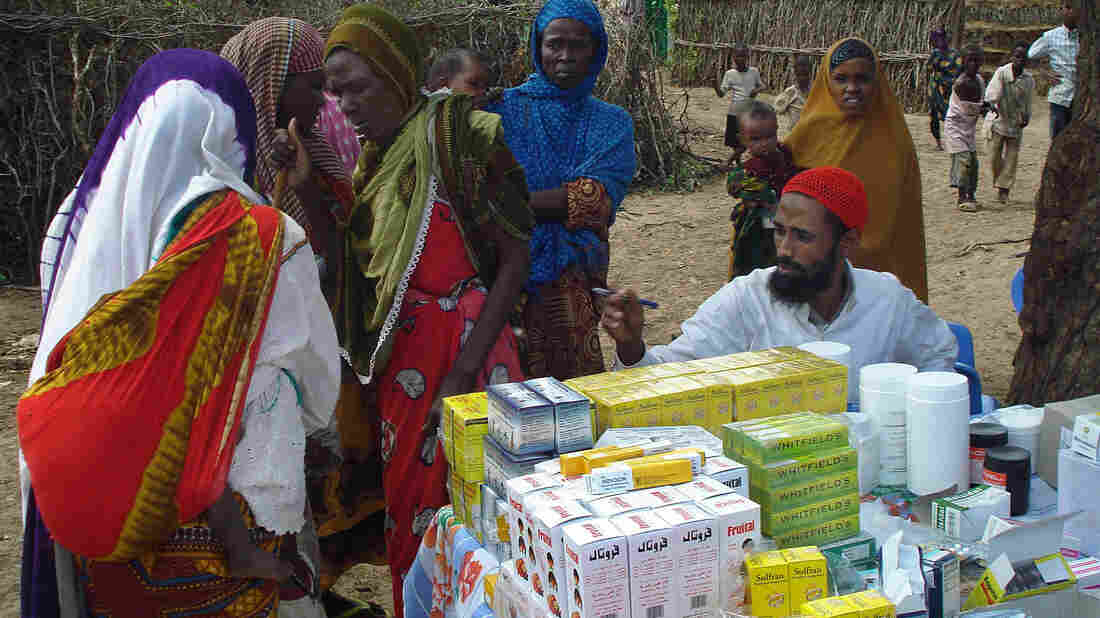 Somali women and children wait to get medicine in July 2008, from a clinic run by Doctors Without Borders about 20 miles south of Mogadishu. AFP/AFP/Getty Images hide caption 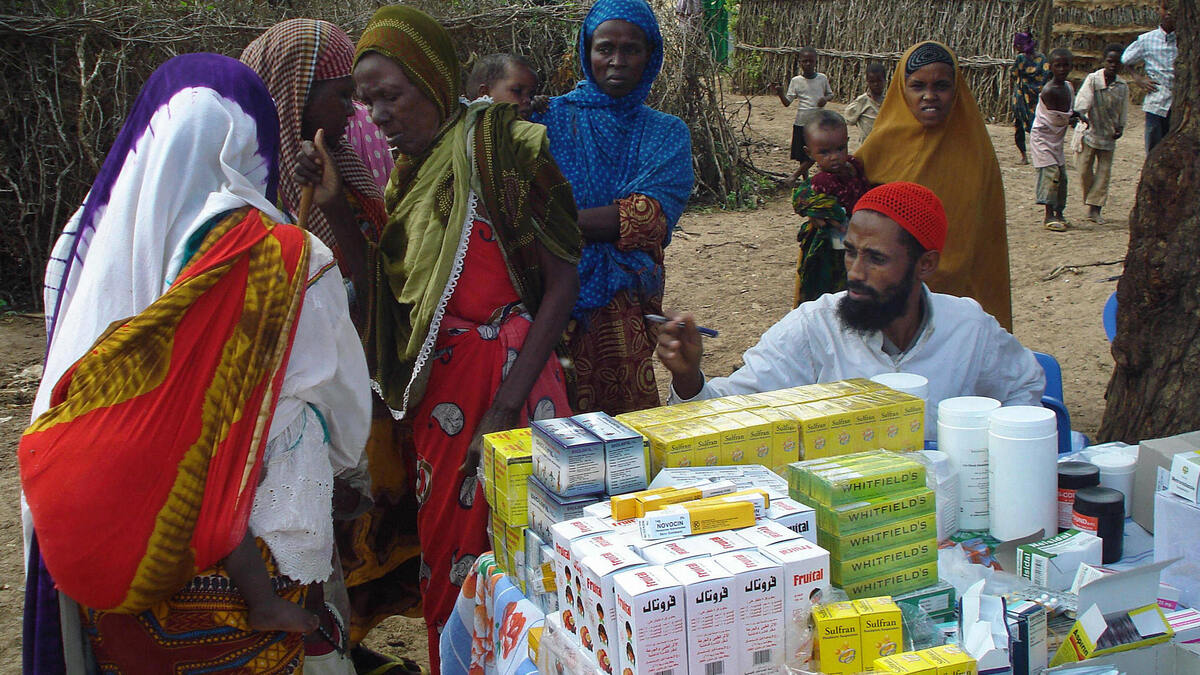 Somali women and children wait to get medicine in July 2008, from a clinic run by Doctors Without Borders about 20 miles south of Mogadishu.

The aid group Doctors Without Borders said Wednesday that it's closing all operations in Somalia after 22 years because of the increase in violent attacks and abuse against its staff.

"This is the most difficult announcement that I've had to make as MSF president," Dr. Unni Karunakara said at a press conference from Kenya. "Respect for humanitarian principles no longer exists in Somalia today."

Over the past 22 years, the nonprofit has provided basic and emergency health care to millions in the country through chronic wars and famines.

"Armed groups and civilians are increasingly supporting, tolerating and condoning the killing, assaulting and abuse of humanitarian aid workers," Karunakara said. "We have reached our limits."

Sixteen people working for the group have been killed in the last 22 years. Dozens have been attacked.

Two members of the group were brutally killed in Mogadishu in December 2011. A few months earlier, two aid workers were violently kidnapped from a refugee camp across the border in Kenya. The women were held hostage for nearly two years until their release in July.

To access many parts of southern and central Somalia, aid workers must negotiate with leaders of armed militia groups. The final straw, Karunakara says, has been the increasing tolerance and even support for the attacks by authorities and those in power, who should be ensuring the safety of the humanitarian workers.

Doctors Without Borders was the only group providing any type of health care in many parts of Somalia, Karunakara said. Now hundreds of thousands of people will be left with no services at all. "This is the sad fact and reality in Somalia today," he said.

For instance, the group operated the only pediatric clinic in Mogadishu and provided the only place in some cities for women to get C-sections.

Somalia has one of the lowest rates of vaccination in the world. Gaps in immunization have helped fuel a polio outbreak in May, after the country had been polio-free for more than five years.

"We are in the business for providing health care for people in crisis and not leaving people behind," he said.

Indeed, the only other time the nonprofit has pulled out of country was in 2004, when the Taliban killed five of their staff in Afghanistan.