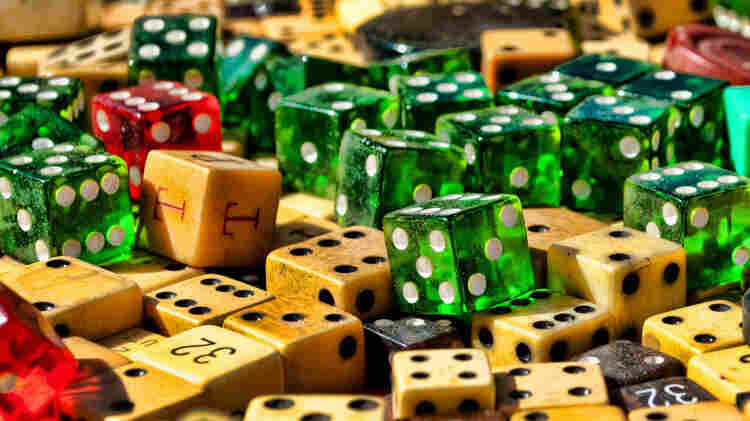 Whether or not you'll someday get cancer or any disease can feel like a roll of hundreds of dice. Calculating the odds -- and knowing what they mean -- is tricky. Katie Harbath/Flickr hide caption 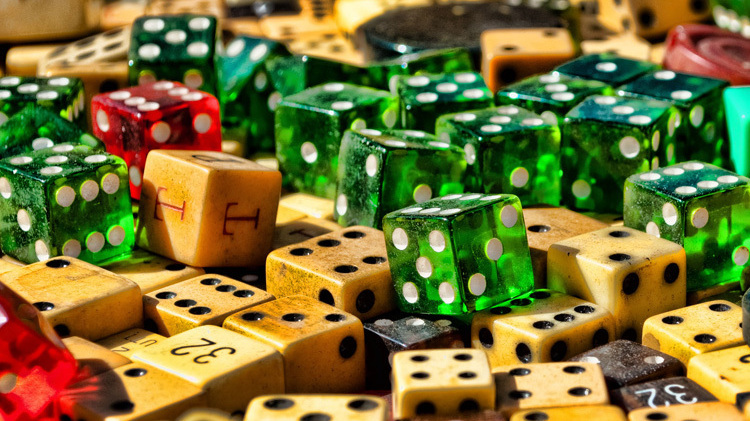 Whether or not you'll someday get cancer or any disease can feel like a roll of hundreds of dice. Calculating the odds -- and knowing what they mean -- is tricky.

Online risk calculators are all the rage these days among public health groups trying to get us to change our unhealthful ways. The World Health Organization developed an online tool that lets you estimate your personal risk of cracking a hip in the next 10 years, for example. You just plug in data about yourself, your lifestyle, and your family medical history. Another one, sponsored by the Harvard School of Public Health, uses that sort of tailored data to help you compute your risk of having a stroke, or of developing any of 12 kinds of cancer.

But there's a big difference between "knowing" your risk and believing it, says University of Michigan psychologist Angela Fagerlin. When she and colleagues had 690 women check their personal risk of getting breast cancer in the next 10 years, using an online tool developed by the National Cancer Institute, roughly one in five women said she didn't believe the results. The study appears in the August issue of the journal Patient Education and Counseling.

"We're often so confident that if we just give people the numbers, they'll understand and make good decisions — or see the numbers the way we do," Fagerlin tells Shots. "But it doesn't always turn out that way."

It wasn't that the disbelieving women misunderstood how the risk was computed or had trouble with the math, Fagerlin says. As part of the study, half the 690 women got a detailed breakdown of how each of the risk factors they had reported raised or lowered their score. (For example, never having given birth, or having started your period before age 12, or having a mother or sister who had breast cancer are all factors associated with increased risk.) Having more information didn't seem to matter. There were about as many disbelievers in the group that got more details as among the women who got less explanation.

Fagerlin says what really interested her was why these women rejected the assessment. One told the health educators that her risk score must be wrong "because there is no cancer in my family."

Another who thought the estimate of her risk must be too high told the researchers, "I am in excellent health and I live an active, healthy lifestyle. I do not believe that I will have breast cancer." In such cases, Fagerlin says, gut instinct and personal beliefs seemed to trump any feedback about the numbers.

Some disbelievers in the study may have overestimated their risk because of the way it was reported, she says. For example, one woman thought her 2.1 percent risk score sounded "too good to be true."

"But that's her five-year risk," Fagerlin explains, "not over her whole lifetime, which is the way these numbers are often conveyed."

And maybe some women were right to be skeptical. Even when online calculators are from reliable sources, Fagerlin says, it's hard to convey the subtleties of the science behind them. New research can shift scientists' understanding of what increases risk and what lowers it, and how much each factor should be weighted.

The study fits with a growing body of evidence suggesting that online health calculators can vary in their estimates and accuracy and are only useful in the right context.

"Good risk calculators can be helpful," Fagerlin says, "but should just be the starting point of a conversation between somebody and his or her doctor. The numbers in isolation aren't enough."