Accessibility links
Kids Involved in Bullying Grow Up To Be Poorer, Sicker Adults : Shots - Health News Lots of kids get bullied, but they get over it, right? Many don't, a study says. Children who are involved in bullying are more likely to have serious health problems as adults. They also have trouble managing money, holding jobs and maintaining relationships. 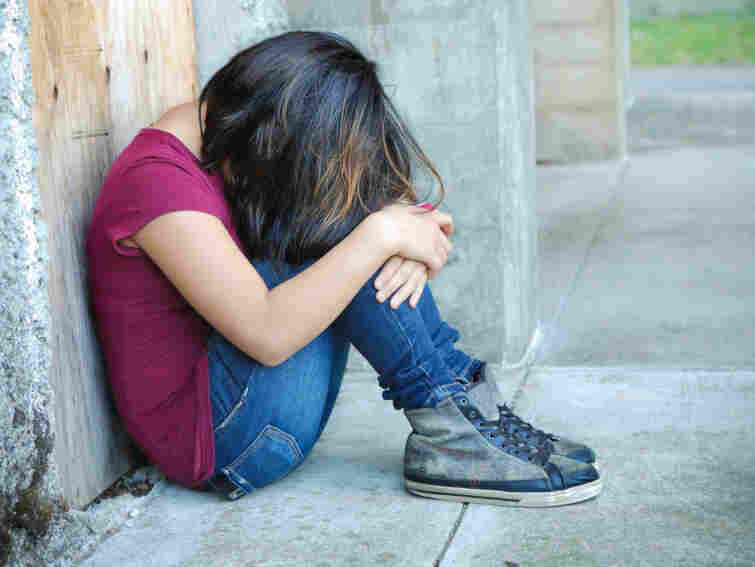 It hurts now. And it hurts later, too. iStockphoto.com hide caption

Bullied children and kids who bully others have more health problems when they grow up than kids who aren't part of the bullying cycle, a study finds. They're also more likely to have financial problems, including difficulty keeping a job.

The findings run counter to a still-widespread notion that bullying is a childhood rite of passage with little lasting harm, the researchers say.

"These kids are continuing to have significant problems in their lives, years after the bullying has stopped," says William Copeland, an associate professor at Duke University School of Medicine and a co-author of the study, which was published in Psychological Science. "It really is a significant public health concern."

Researchers tested the health of 1,273 children ages 9 to 13 in western North Carolina, starting back in 1993. Participants were assessed annually until age 16, and then at 19, 21, and 24 to 26 years old. Parents were also asked whether their child had been involved in bullying.

Former bullies were not doing so great, either.

"What we saw for them was this really pervasive pattern where they were impaired across a lot of areas," Copeland tells Shots.

But it didn't account for the travails of the bullied who then victimized others. "This is not a very effective coping mechanism," Copeland says. And thus, he says, it's not a surprise that they would have a hard time coping with the challenges of adult life.

He and his colleagues had previously shown that people who were involved in bullying as children have more mental health problems as adults. Now they're going to look deeper into the question of physical health problems, using biomarkers like the stress hormone cortisol to get a clearer picture of the physical cost of childhood aggression.