Accessibility links
Deadly Middle East Coronavirus Found In An Egyptian Tomb Bat : Shots - Health News Just a fragment of genes in bat guano was enough for researchers trying to find out how a deadly new virus spreads. It's the first time the Middle East respiratory syndrome virus has been found in an animal, and offers strong evidence that bats carry the virus. 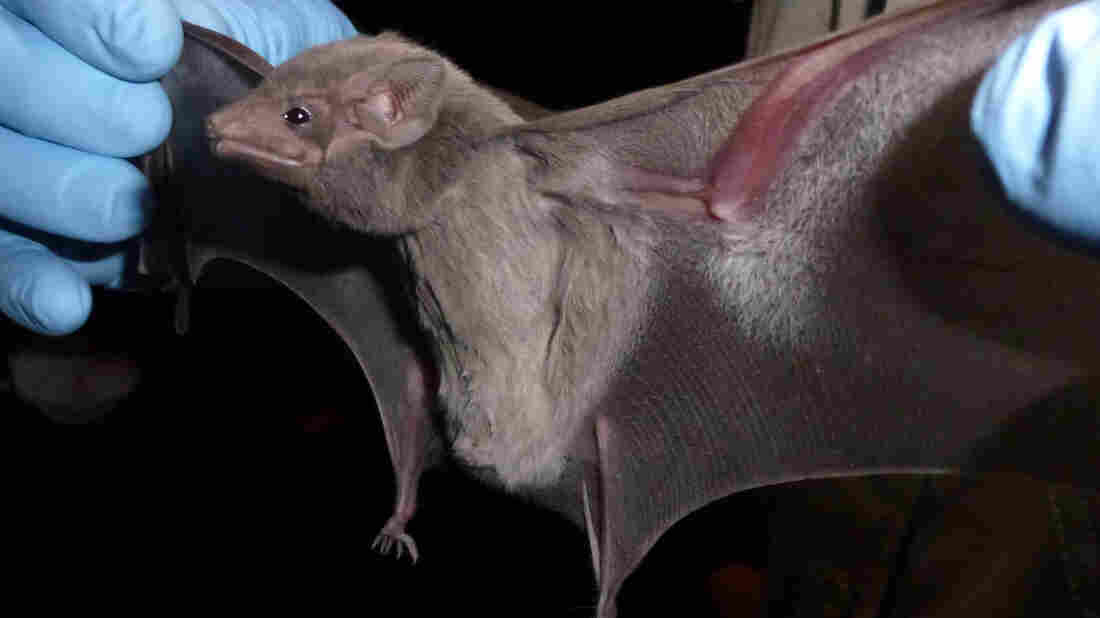 So cute, but not cuddly. The Egyptian tomb bat, Taphozous perforatus, is a likely carrier of the Middle East respiratory syndrome virus, or MERS. Courtesy of Jonathan H. Epstein/EcoHealth Alliance hide caption 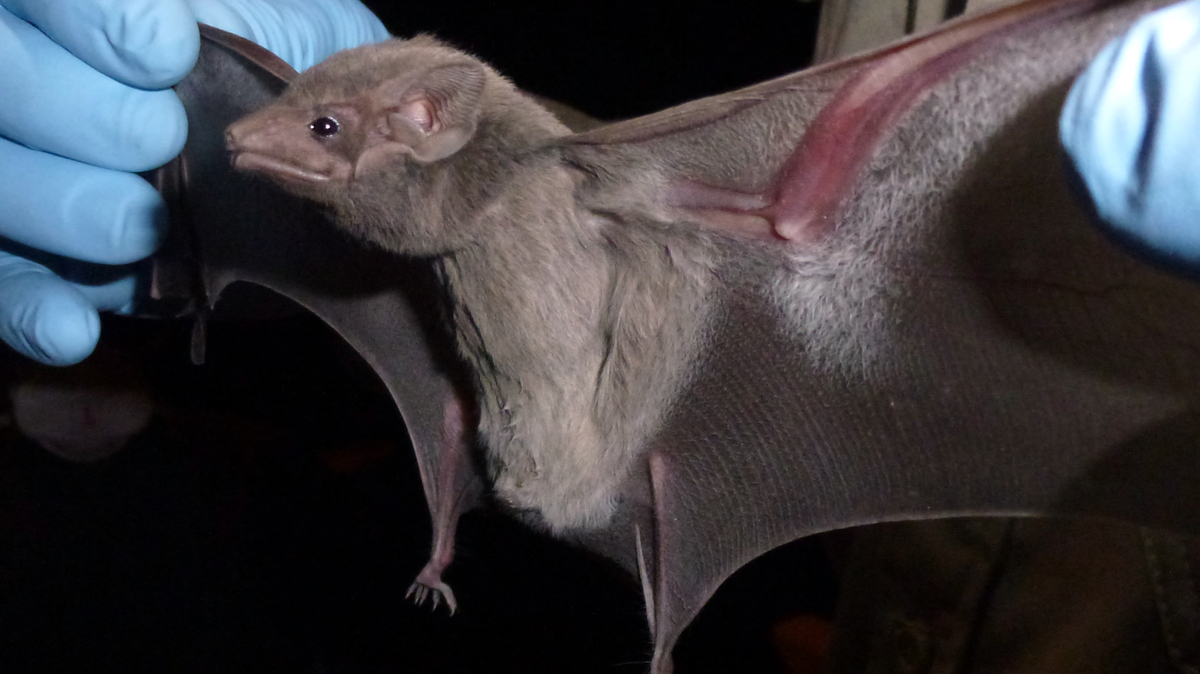 So cute, but not cuddly. The Egyptian tomb bat, Taphozous perforatus, is a likely carrier of the Middle East respiratory syndrome virus, or MERS.

For nearly a year, disease detectives around the world have been trying to track down the source of a mysterious new virus in the Middle East that has infected 96 people and killed 47 since September.

Now it looks like they've pinpointed at least one place where the virus is hiding out.

Scientists at Columbia University have detected the Middle East respiratory syndrome virus, or MERS, in a bat near the home of a man who died from the disease. The team found a small fragment of the virus's genes in the animal that matches perfectly with those seen in the patient.

So What About Camels?

Wait a second. Didn't Shots just report that camels might be the likely source of Middle East respiratory syndrome virus?

Yes, we did. In fact, both animals could be carrying the virus. Bats harbor many viruses — rabies, Hantavirus, Marburg — to name a few. In some instances, bats can pass the pathogen directly to people. But at other times, bats first infect an intermediate host before the pathogen jumps into people.

It's the first time the virus — or a piece of it — has been found in an animal. And the discovery offers strong evidence that the flying mammals carry MERS, which causes severe pneumonia-like symptoms, similar to SARS.

Although MERS can sometimes spread between people, in most instances the source of the virus has been unknown. So health workers haven't been able to stop the virus from cropping up sporadically around the Middle East.

Several signs had pointed to bats as a likely carrier. MERS is most closely related to a bat virus. And the nocturnal animals are known to harbor an array of coronaviruses.

So right after MERS emerged on the Arabian Peninsula last September, virus-hunting master Ian Lipkin and his team at Columbia University's Mailman School of Public Health in New York hopped on a plane and started looking for the pathogen in Saudi Arabian bats.

They interviewed the family of man infected with the virus in Bisha, Saudi Arabia, and collected samples from bats close to his home, including those at an abandoned date palm orchard and a garden near his work.

The team also trapped bats in two other cities in Saudi Arabia and headed back to the U.S. with more than 1,000 samples. When they tested the samples back in the lab, the MERS virus showed up in just one: a fecal pellet from an Egyptian tomb bat caught near the patient's home.

The team published its findings in the journal Emerging Infectious Diseases.

"On the surface, this means the bat was infected with MERS," says virologist Matthew Frieman of the University of Maryland School of Medicine, who wasn't involved in the study. "That's legitimate. And 99 percent of the time, that's the case."

But he tells Shots it's probably too soon to say for sure that the Egyptian tomb bat is the animal reservoir, or source, for MERS.

First off, the virus was found in the bat guano, or excrement. So there's a chance the virus was just passing through the bat. "You don't know whether the bat has eaten an insect that is infected with MERS, or if the bat itself is positive for the virus," Frieman says.

Second, the frozen bat samples collected by Lipkin and his team weren't in pristine shape when they arrived at the lab. The "shipment was inadvertently opened at customs ... and sat at room temperature for 48 hours before transfer to Columbia University," Lipkin and his team write in the study.

Such rough treatment could have degraded the samples and made it tough for the team to dig out viral genes. That's probably why the team found only a tiny portion of the virus's genome, Frieman says. "It's actually kind of amazing that they got this little piece [of the virus] out at all.

"It's clearly a preliminary study," he says. "But everybody's been waiting on this data. We all knew that Lipkin was working on the problem, but no one knew what the data said. It's nice to finally have it."