Accessibility links
How Hospitals Can Help Patients Quit Smoking Before Surgery : Shots - Health News Doctors often tell patients to stop smoking before surgery, but precious few help out with that. A hospital in Canada found that just offering a few simple kinds of help was enough to get more people to quit before going under the knife.

How Hospitals Can Help Patients Quit Smoking Before Surgery

How Hospitals Can Help Patients Quit Smoking Before Surgery 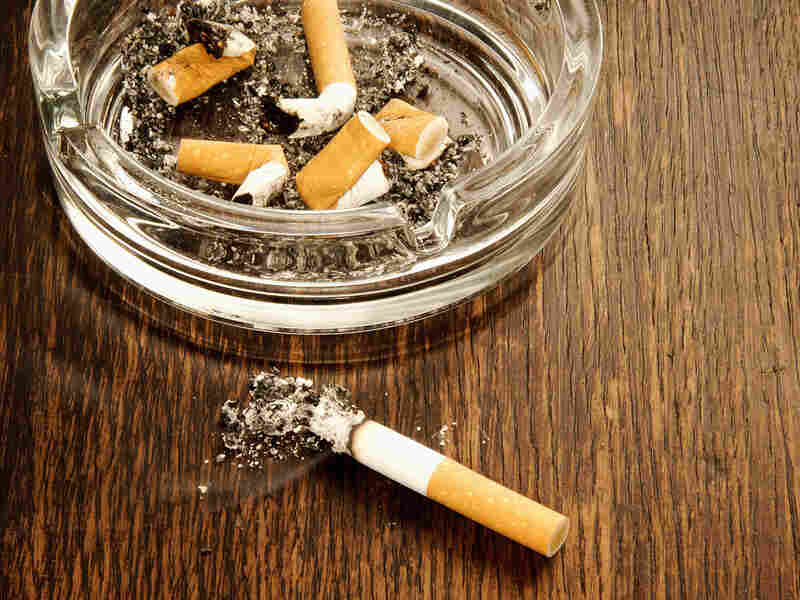 Stubbing that little habit out before surgery would be a very good idea. Image Source/Corbis hide caption

Doctors want people to quit smoking before surgery because it reduces the risk of complications, but often don't do much to make that happen.

But, it turns out, just a wee bit of help makes it much more likely that people will quit before going under the knife, a study finds.

Patients who got less than five minutes of counseling from a nurse and free nicotine patches at least three weeks before surgery were much more likely to quit, according to researchers at the University of Western Ontario. Those patients also got a brochure and a referral to a quit-smoking hotline.

A month after surgery, 29 percent of the patients given help said they had stopped smoking, compared with 11 percent in the other group. But those numbers were self-reported, unlike to the day-of-surgery report, which was confirmed by testing people's breath. The group that got help also did better at cutting back, even if they didn't quit.

Costlier Insurance For Smokers May Not Come With Quitting Help

"We really tried to simplify the amount of extra work the hospital would have to do," says Dr. Susan Lee, a clinical instructor in anesthesiology at the University of California, San Francisco, and lead author of the study. The hospital nurses were already doing interviews before admission, and the quit line was an exisitng national service.

The results were published in the journal Anesthesia and Analgesia.

Doctors have long known that smokers fare less well during surgery, with complications including heart attacks and excessive bleeding. Afterwards, smokers are more likely to have heart attacks and strokes, get pneumonia, and have problems with wound healing.

This study looked at complications, but there weren't enough participants to detect differences between the groups.

Nonetheless, here's a motivating stat: A big international study published earlier this year in the journal JAMA Surgery found that people who quit smoking a year before surgery had no higher risk than those who had never smoked at all.

So, why aren't hospitals already doing this? Earlier efforts to get hospitals to counsel have been more complicated, Lee says. And most hospitals don't do screenings weeks before surgery, allowing patients enough time to quit. Even the hospital in the study struggled with that. "It was hard to get the patients in three weeks preoperatively," Lee says.

But surgery can make for a great excuse to quit, she says. "Patients are nervous, they're thinking about their health more, they want surgery to be successful. This is a great moment when we can get in there and make a difference."