Accessibility links
After Missteps In HIV Care, South Africa Finds Its Way : Shots - Health News The nation with the worst HIV epidemic on the planet is finally turning the corner on the disease. South Africa is simplifying AIDS care and giving antiviral drugs to nearly 2 million people every day. 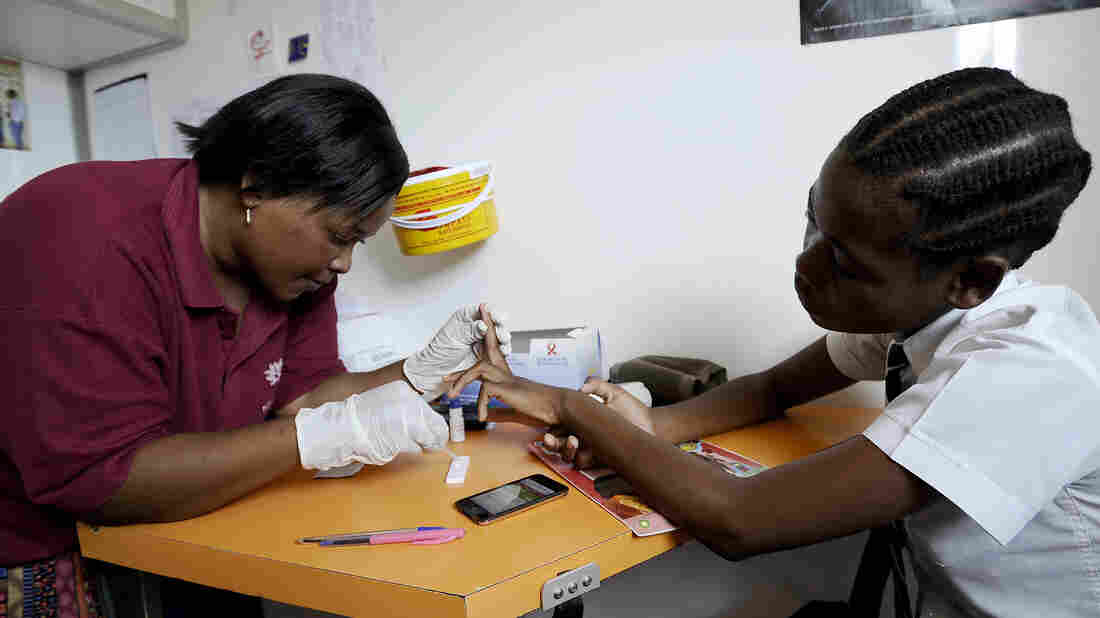 South Africa has more people with HIV than any other country in the world.

Roughly 5.5 million of its 53 million citizens are infected with the virus. In some of the hardest hit parts of the country, one-third of women of childbearing age are HIV positive.

Now, after years of delay and mistakes, South Africa is transforming how it approaches the disease. 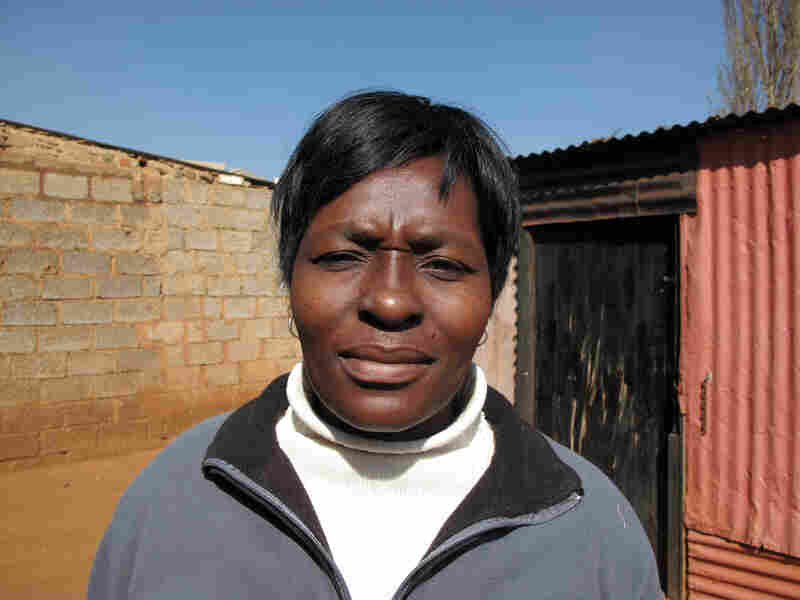 Sibongile Tshabalala, 37, counts herself as one of the people saved by the new HIV treatment program. When she was diagnosed in 2000, HIV was a death sentence in South Africa, she says. Jason Beaubien/NPR hide caption 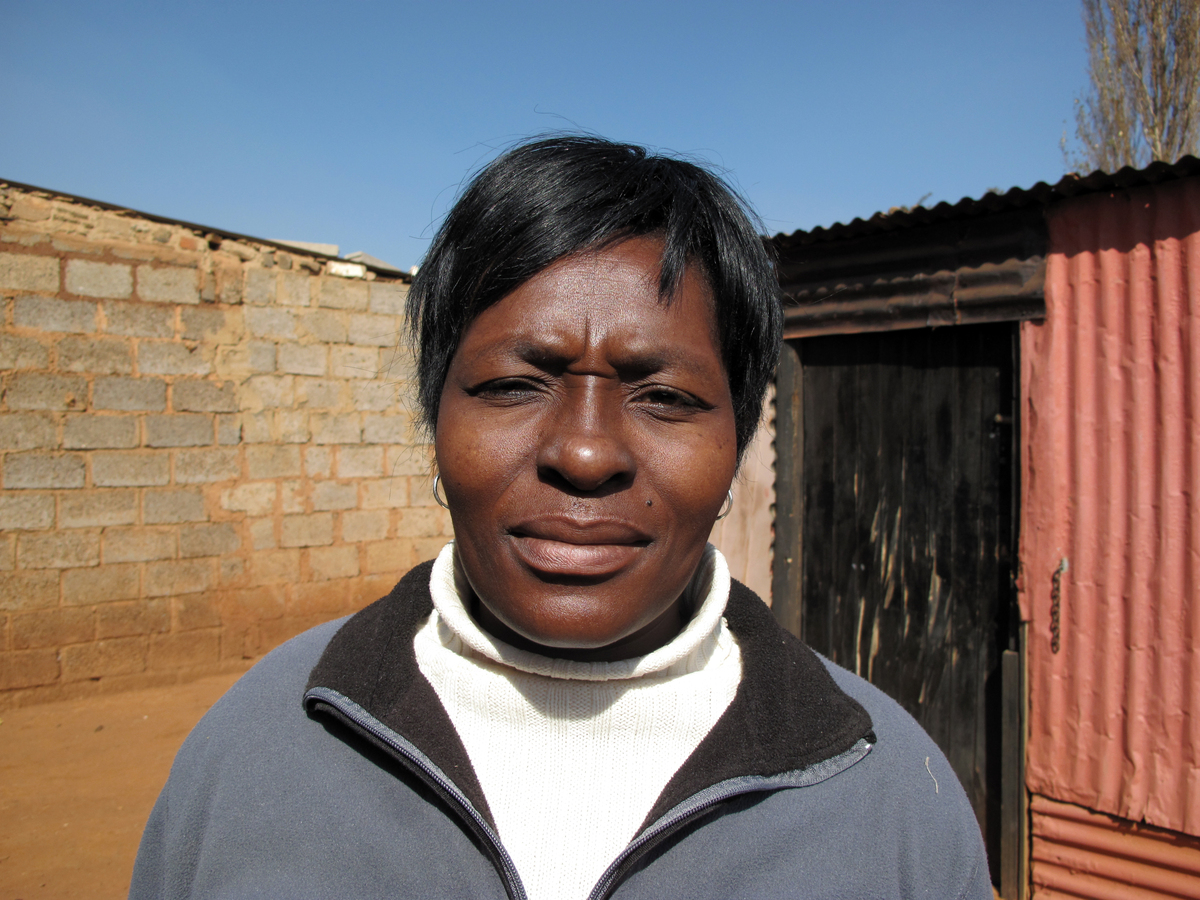 Sibongile Tshabalala, 37, counts herself as one of the people saved by the new HIV treatment program. When she was diagnosed in 2000, HIV was a death sentence in South Africa, she says.

The country just rolled out a new treatment regimen, which involves just one pill a day and costs less than $120 a year per person. By comparison, similar treatment in the U.S. costs thousands of dollars a year for each person.

Even AIDS activists, who continue to badger the South African Health Ministry, concede that the country is attacking the disease in new and innovative ways.

The delivery of antiviral drugs through the public health care system has been so successful and saved so many lives that the overall life expectancy in the country has increased by eight years since the crest of South Africa's AIDS crisis in the mid-2000s.

"Just anecdotally, at my hospital 10 years ago, there were people dying on the floor," he says. "It was horrible. You'd step over bodies that you were looking after." 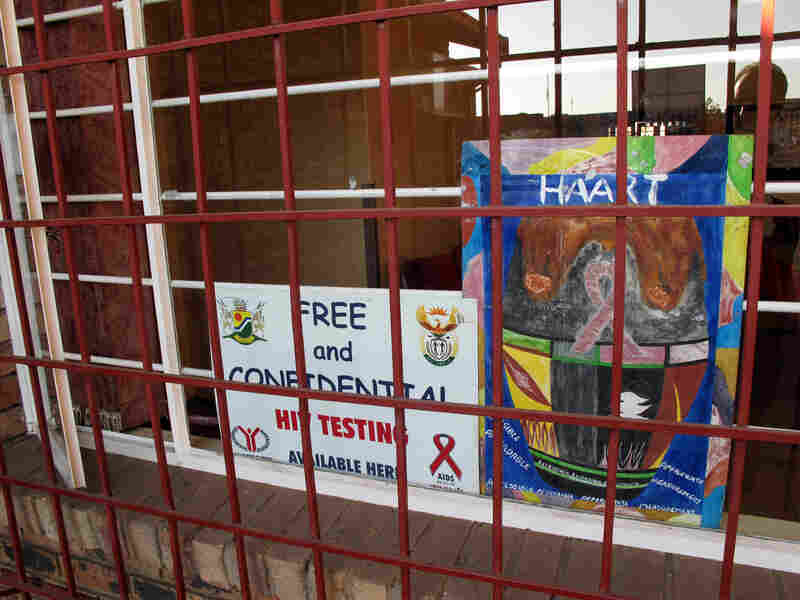 Now in South Africa, routine HIV services, including testing and treatment, must be offered at all local health facilities, such as this small clinic in Soweto. Jason Beaubien/NPR hide caption 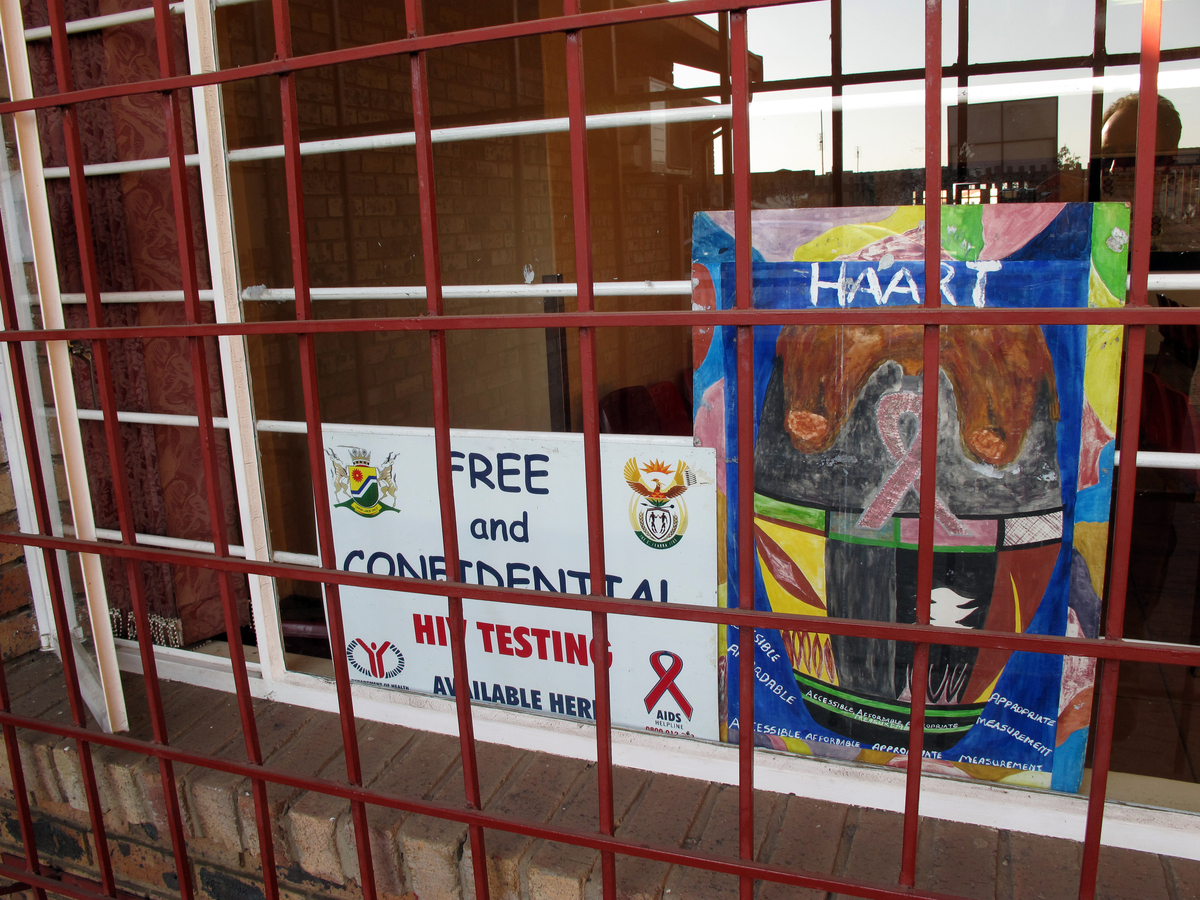 Now in South Africa, routine HIV services, including testing and treatment, must be offered at all local health facilities, such as this small clinic in Soweto.

Venter credits the change in large part to the new health minister, Dr. Aaron Motsoaledi. He took over the position in 2009 as part of a Cabinet shuffle after President Thabo Mbeki was forced to resign.

A universal HIV treatment program could have been put in place years earlier, Venter says, if there had been the political will from Mbeki. "In my view, Mbeki and his Cabinet at the time were responsible for a minimum of 330,000 deaths and probably closer to half of a million, if they had had the energy we are seeing from the current government," he says.

Sibongile Tshabalala, 37, counts herself as one of the lives saved by the new HIV treatment program in South Africa.

She was diagnosed with HIV on Oct. 31, 2000. She recalls the exact date without any hesitation, as if it has been burned into the calendar in her mind.

"It was very hard for us back then," Tshabalala says. When you were diagnosed, it was like a death sentence, she says. You knew that you were going to die.

President Mbeki had been publicly questioning whether HIV causes AIDS. His government appeared in no rush to make antiretroviral drugs available, and his minister of health was touting garlic, beet root and lemon peel as a remedy.

When antiretroviral drugs were finally offered in South Africa's public health care system, they were hard to get and caused serious side effects.

Tshabalala says the first AIDS drugs that she took made her nauseous and caused several of her teeth to fall out. The newer medications are far easier to take, she says.

She has also benefited from a new government policy to make HIV services available at local health clinics.

Up until recently, she had to go to a hospital in Soweto to get her monthly prescription filled. Soweto is on the western side of Johannesburg, and Tshabalala lives on the far eastern extremities of the metropolitan area.

Now Tshabalala can get her pills at a small clinic that is just a few minutes' walk from her home.

Under the policy, all routine HIV services, including testing and drug treatment, are offered at local health facilities. Nurses are able to prescribe AIDS drugs and even start patients on what will be lifelong treatments.

South Africa has tamed what used to be a terrifying disease, Tshabalala says. "Now people have a choice — to live or not to live," she says.