Accessibility links
In South Africa, A Clinic Focuses On Prostitutes To Fight HIV : Shots - Health News Treating sex workers infected with HIV can save their lives and reduce the odds that they will spread HIV to clients. To make it easier for prostitutes to get care, a university-run clinic in Johannesburg is located in a neighborhood where they work. 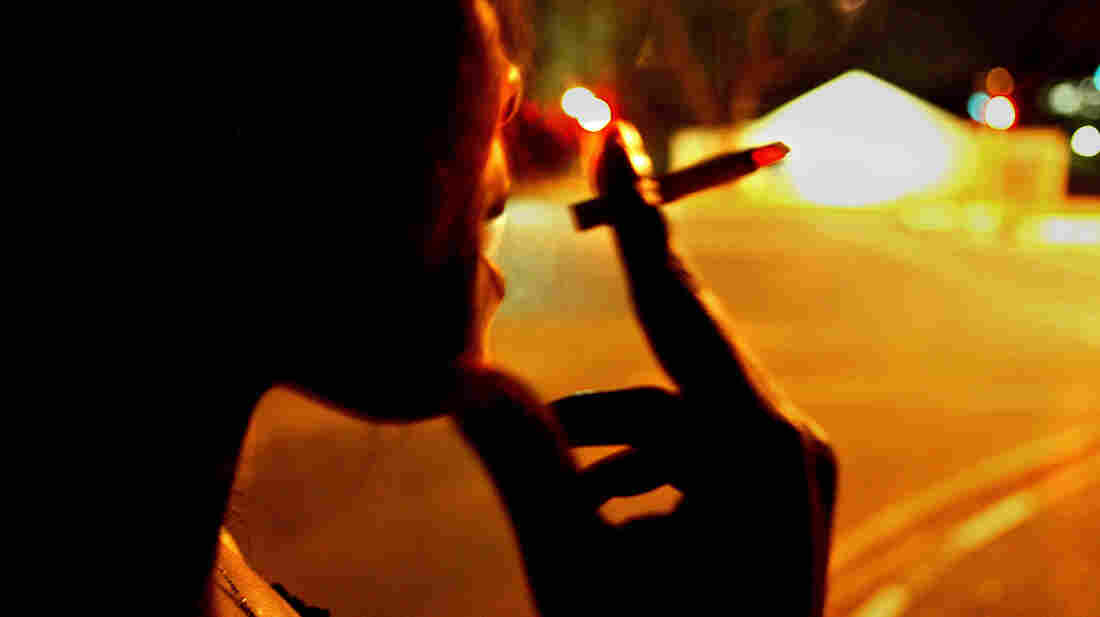 A prostitute in Johannesburg waits for a client on a street corner. An estimated two-thirds of sex workers in South Africa are HIV positive. Yoav Lemmer/AFP/Getty Images hide caption 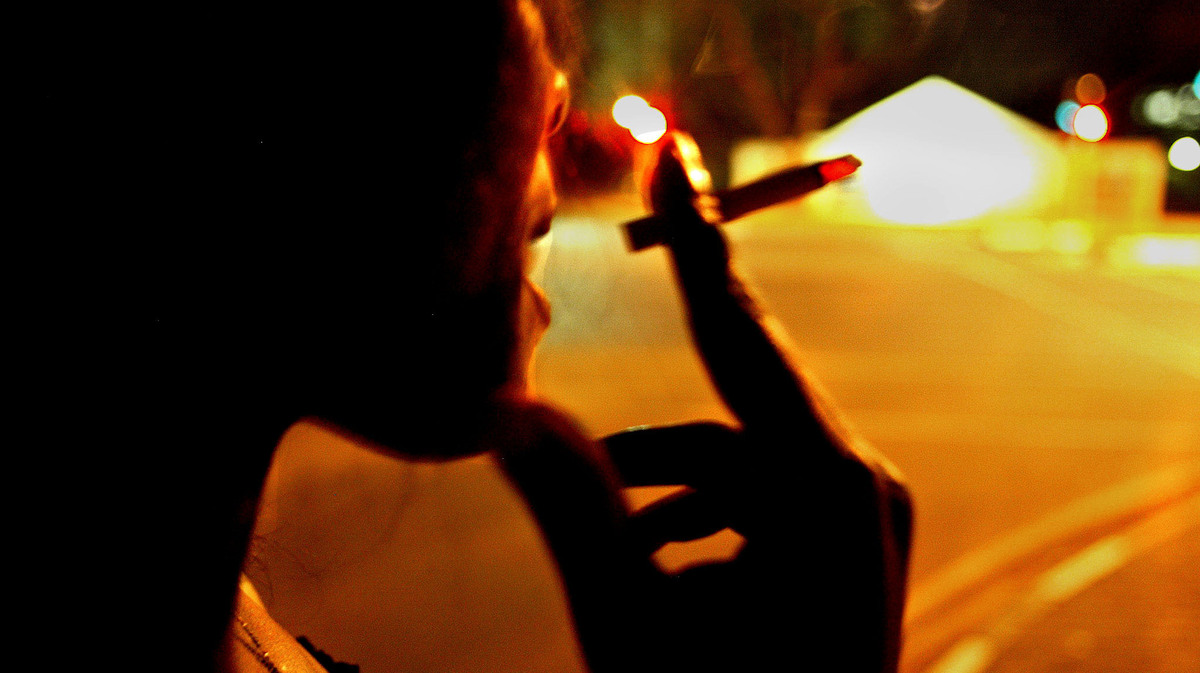 A prostitute in Johannesburg waits for a client on a street corner. An estimated two-thirds of sex workers in South Africa are HIV positive.

South Africa has come a long way in dealing with AIDS. The country has been successful in getting drug treatment to millions of people infected with HIV.

But the country still has one of the highest rates of HIV infection in the world — and the virus continues to spread. Nearly 400,000 South Africans are infected with HIV each year.

One health clinic in the heart of Johannesburg is attempting to break the HIV cycle by focusing on people at extremely high risk for infection — prostitutes. 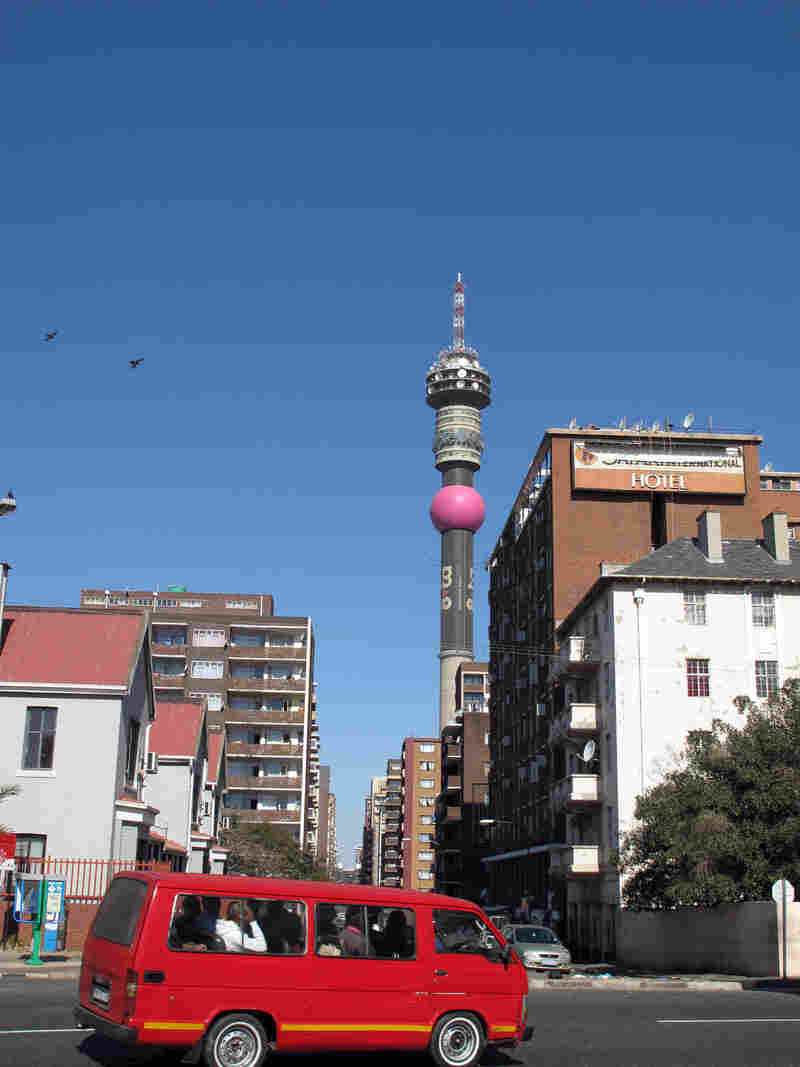 The Hillbrow Tower, located in the crime-ridden neighborhood of Hillbrow, is the tallest structure in Africa and dominates the Johannesburg skyline. Jason Beaubien/NPR hide caption 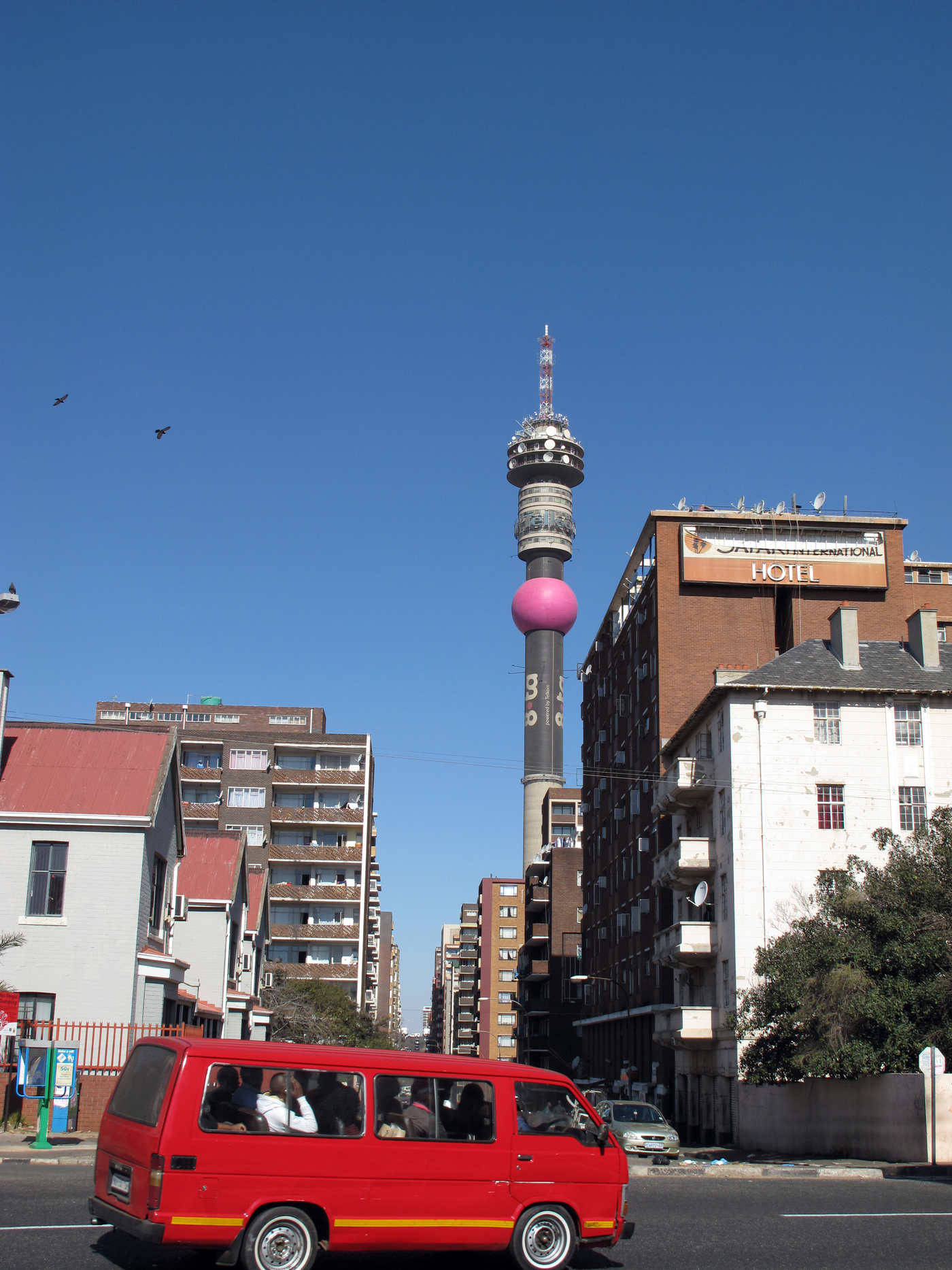 The Hillbrow Tower, located in the crime-ridden neighborhood of Hillbrow, is the tallest structure in Africa and dominates the Johannesburg skyline.

Some researchers estimate that about two-thirds of sex workers in South Africa are HIV positive. Providing them with basic health care, including access to antiviral drugs, can save their lives while reducing the chance that they'll spread HIV to clients.

The University of the Witwatersrand is running clinics specifically for prostitutes.

One of its clinics in Johannesburg is located in the densely populated neighborhood of Hillbrow. It's an area known for drugs, poverty and prostitution.

After dark, Hillbrow takes on a post-apocalyptic feel. Storefronts are barred behind steel shutters. High-rise buildings with no electricity have been taken over by squatters and loom above the haze of the streetlamps.

The streets are eerily empty except for the occasional nervous pedestrian and pockets of prostitutes. At one corner, plump, middle-aged women hover around open fires waiting to sell sex.

A woman, who gives her name as Brenda, says she came to Johannesburg from Zimbabwe 18 years ago. Prostitution is illegal in South Africa, so she only wants to use her first name.

"I was working in a restaurant, and my shop was closed," she says. "Now I don't have money to pay my rent and my food and everything — or to help my parents [back in Zimbabwe]. That's why I'm here."

Brenda says that it's hard for most of "the ladies" to go to public health clinics. The people there look down on prostitutes because of the way they earn a living and because many of them are not from South Africa.

That's a problem the University of the Witwatersrand is trying to solve. It runs a clinic on the second floor of a public health facility just a few blocks from where Brenda and the other women work at night.

Brenda says she recently went there for help with a sexually transmitted infection. "They gave me good treatment, and I was fine," she says. "I really appreciate that."

She says the staff at the clinic understands her.

Nurse Maria Sibanyoni, who runs the project, says the biggest health issues facing her patients are sexually transmitted diseases, including HIV/AIDS. "We've got about 2,123 sex workers in our database, and about 68 percent of them are HIV positive," she says.

It's hard for many of these women to get health care elsewhere, Sibanyoni says. "You know, because people have got their own beliefs about sex workers."

The university's clinic offer the same general health care as others, but the staff also goes out to meet with women in the streets, in brothels and at truck stops.

Research has shown that HIV transmission is higher when a person is infected with other sexually transmitted diseases. The hope is that by treating conventional STDs, the risk of HIV spreading either from the sex workers to their clients or from clients to the sex workers is reduced.

The staff also can get women started on antiviral drugs, give them condoms and tries to stress the importance of safe sex. "By providing these services, we are trying to control the spread of HIV," Sibanyoni says.

Many other health providers don't want to deal with the chaotic lives of sex workers, Sibanyoni says. But to stop the spread of HIV, you can't ignore some members of the community. These women have to be included in any HIV-control strategy, she says, for it to be successful.