Accessibility links
Diverse Gut Microbes, A Trim Waistline And Health Go Together : Shots - Health News Lean people tend to have many more kinds of intestinal bacteria than obese people. Having too few species, regardless of your weight, appears to increase the risk for Type 2 diabetes, heart disease and cancer. 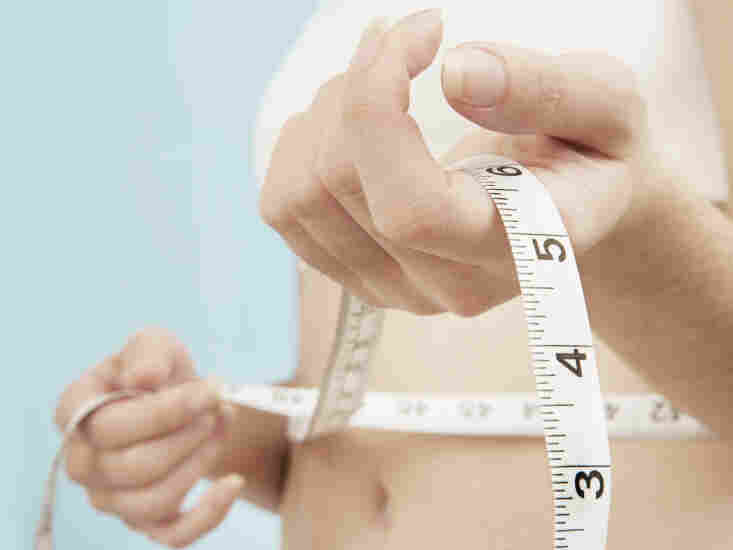 The tale of the tape may be told, in part, by the microbes inside you. iStockphoto.com hide caption 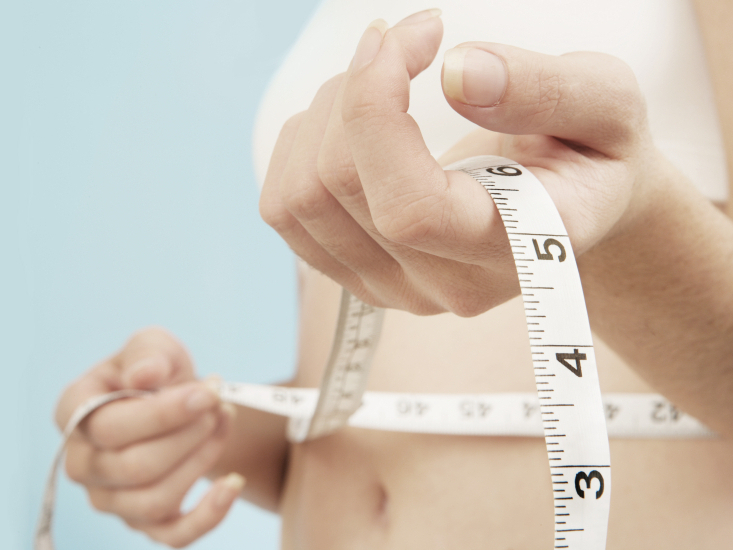 The tale of the tape may be told, in part, by the microbes inside you.

Scientists have discovered new clues about how microbes in our digestive systems may affect health.

European researchers found that the less diverse those microbes are, the more likely people are to gain weight, become obese and develop risk factors for serious health problems.

Evidence has been mounting in recent years that bacteria and other organisms in our bodies do a lot more than just help us digest food.

"We had kind of a notion that all these bacteria that live in our body will be important for health and disease," says S. Dusko Erhlich of the National Institute for Agricultural Research in France, who led the new research. But exactly how they're important has been a little fuzzy.

So Ehrlich and his colleagues conducted a detailed analysis of the microbes in the guts of nearly 292 Danish people. There were 169 obese people in the group and 123 who were lean.

For starters, as the scientists report in this week's issue of the journal Nature, the results confirmed earlier findings.

"The lean people had higher microbial diversity than the obese people," Ehrlich says. By more diversity, he means that the leaner folks had more intestinal bacteria — 40 percent more — and many more species of bacteria than the people who were fatter.

When looking just at the obese people in the study, the scientists found the people with the least bacterial diversity were likelier than those with a greater variety of microbes to keep gaining weight during the nine years the researchers kept track.

Perhaps even more surprising and important: People who had less microbial diversity — whatever their weight — were more likely to have a variety of risk factors for Type 2 diabetes, heart disease and cancer. Those risk factors included insulin resistance and inflammation.

"Even lean people who are poor in bacterial species have a higher risk of developing these pathologies," Ehrlich says.

All this supports the ideas that eating a poor diet or taking lots of antibiotics may be factors in the obesity epidemic and associated health problems, in part, because of the way they affect our gut microbes, Ehrlich says.

In fact, the researchers found evidence to support the role of diet in a second paper being published in the same issue of Nature. When they put 49 French people who were overweight or obese on a low-calorie diet for six weeks, the variety of the volunteers' intestinal microbes became much richer.

"That gives hope that we can not only diagnose the risk but do something about it — intervene to alleviate the risk," Ehrlich says.

Microbiologist Ronald Evans of the Salk Institute in California, who wrote an article accompanying the studies, agrees. "It shows that [even] if you are on the unhealthy side, with dietary intervention you can actually convert yourself back to the healthy side," Evans says. "This bad state is reversible in a relatively simple way, which is diet."

The researchers also identified eight species of bacteria that appeared to be missing among the people whose microbes were depleted, raising the possibility of someday creating a probiotic that could help.

"It's very possible to make a brew that is the collection of the [richly diverse bacterial] population, put that into a probiotic pill and give that to people who have the poor population and see if the good ones can take over and actually transmit the healthy state," Evans says.