Accessibility links
Illicit Drugs And Mental Illness Take A Huge Global Toll : Shots - Health News Disability and illness caused by opioids, amphetamines, cocaine and cannabis increased by more than 50 percent over the two decades prior to 2010. Opioid dependence in particular has become much more common. 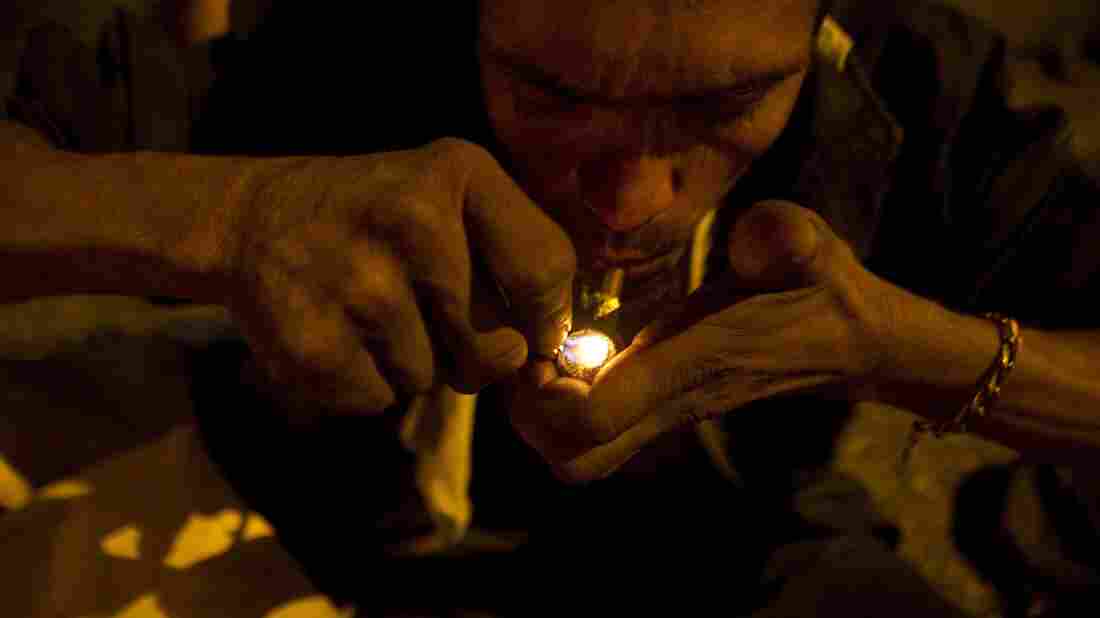 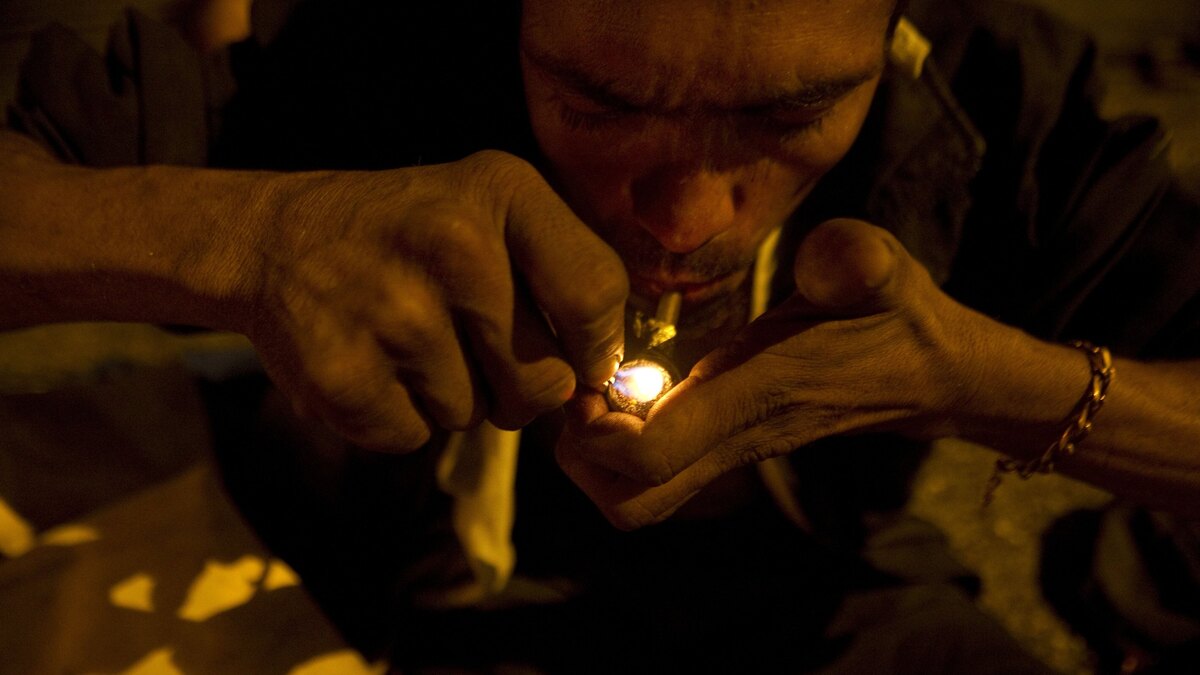 A homeless man smokes crack in the Barrio Triste neighborhood in Medellin, Colombia.

Mental disorders and substance abuse are the leading causes of nonfatal illness on the planet, according to an ambitious analysis of data from around the world.

A companion report, the first of its kind, documents the global impact of four illicit drugs: heroin and other opiates, amphetamines, cocaine and cannabis. It calls illegal drugs "an important contributor to the global burden of disease."

The two papers are being published by The Lancet as part of a continuing project called the Global Burden of Disease.

The results stand out from previous disease rankings — and conventional thinking — which tend to focus on mortality as the most important metric. While mental illness and substance abuse do lead to premature deaths, the authors say, that's hard to track because deaths are usually ascribed to the immediate physical cause rather than the underlying reason.

For instance, suicides are often categorized as deaths due to injury, and overdoses of illicit drugs are often coded as accidental poisonings.

When researchers use a different lens — not mortality but illness and disability — the global burden of mental disorders and illicit drug use becomes clear.

They add up to nearly a quarter of the total disease burden, more than any other cause worldwide. The reports couch it in DALYs –- disability-adjusted life-years. One DALY is a year of healthy life that is lost to disease. By that measure, mental and substance abuse disorders cost nearly 184 million years of healthy life in 2010.

The burden of mental disorders and substance abuse far outweighs the resources devoted to preventing and treating them, the authors note.

A third to a half of people with mental and drug use disorders go without treatment in wealthier countries, and up to 85 percent go untreated in less-developed countries, a previous study reported.

The current analysis of mental disorders, led by Australian Harvey Whiteford, finds that depression is the biggest contributor, accounting for about 40 percent of the burden. The other illnesses, in descending order, are related to anxiety, illicit drug use, alcohol use, schizophrenia, bipolar disorder, developmental disorders, childhood behavioral disorders and eating disorders.

Moreover, the global incidence of mental disorders is growing, largely due to population growth and aging. Between 1990 and 2010, the incidence went up 38 percent.

"Our findings show the striking and growing challenge that these disorders pose for health systems in developed and developing regions," Whiteford and his colleagues write.

The report on global drug dependency marks the first time researchers have tried to document its impact. It's a tough thing to do because countries differ widely in their statistics on illicit drug use, among other reasons.

Heroin and other opioids lead the list of abused drugs, followed by amphetamines. Actually, marijuana and other cannabis drugs are more widely used, but cause less drug dependence.

Over two-thirds of drug-dependent people worldwide are male, but the burden is unevenly distributed. The worst-affected countries are largely high-income nations such as the U.S., the U.K. and Australia, which have drug dependency rates 20 times higher than least-affected countries.

Disability and illness due to opioids, amphetamines, cocaine and cannabis increased by more than 50 percent over the two decades prior to 2010. This is partly due to global population growth and partly to an increased prevalence of drug use disorders, particularly opioid dependence.

Even so, the total disability burden from these four illicit drugs is still less than from smoking and alcohol. Together those legal drugs account for around 10 percent of the worldwide burden of illness and death.