Accessibility links
Facebook Chats Prompt At-Risk Minority Men To Get HIV Tests : Shots - Health News One of the biggest challenges in public health challenges is reaching people in vulnerable groups. Often influential peers are recruited to help spread the word. When that technique was transferred to Facebook, at-risk Latino and African American Men were more likely to get an HIV test. 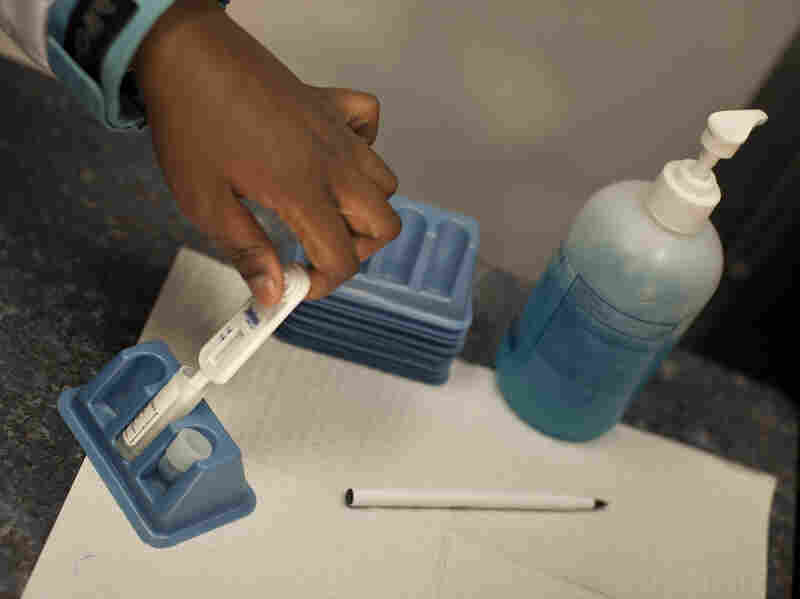 It didn't take long for people to figure out that Facebook could be a great place to connect with other people dealing with the same health problems. But public health officials have moved cautiously, lest their efforts backfire. Do you really want to "like" STDs?

But there is now evidence the social media approach can help, even when the health condition is sensitive. Facebook can play a role in persuading people at high risk of HIV/AIDS to use a home HIV test kit, a study finds.

To reach young gay Latino and African-American men, researchers at the David Geffen School of Medicine and School of Public health at the UCLA trained men in the same demographic as peer leaders, giving them information on how HIV spreads. That's a time-honored public health technique. They also created a comparison group, with peer leaders trained to share general health information.

The peer leaders then tried to communicate on Facebook with men who had volunteered to participate in a study. Because there are no best practices for using social media to communicate health information, the peer leaders had to make it up as they went along. First, they tried a friendly message and then some social chat, with messages tailored to the participants' interests. Then they invited participants to join either a closed Facebook group with information on HIV prevention, or if they were in the control group, on general health.

Getting Social About Health

Looking For Free Condoms? There's A Health Department App For That

For their part, the participants, who were recruited through Facebook and community organizations, were told to use Facebook as they normally would. Most interacted with the peer leaders, a fact that the study authors say reflects the fact that African-Americans and Latinos are more likely to use social networking sites than the general population.

Every four weeks, participants in both the HIV group and the control group were offered free HIV home test kits. Over 12 weeks, 44 percent of the men in the group getting information about HIV prevention asked for a kit, compared with 20 percent in the control group.

Sixteen percent of the men in the HIV prevention group mailed in the test kit, compared with just 4 percent of the men getting general health information. And almost all of the men in the first group asked for their test results. But because those numbers were small (105 men participated overall), it's hard to draw conclusions about the study's success in achieving the ultimate public health goal – getting people tested.

Still, the study authors conclude, "the high rates of request for home-based HIV testing kits suggest that pairing these kits with HIV interventions involving social networking may be a feasible and acceptable testing method among at-risk, stigmatized groups."

The results were published in the Annals of Internal Medicine.

There are lots of public health pages on Facebook, but most are not very active, unlike patient-led pages. Other public-health outreach campaigns have found that their Facebook pages are used the most by their volunteers, rather than the target audience.

Here's the list of the Centers for Disease Control and Prevention's Facebook pages, including Act Against AIDS, and Reasons, designed to encourage people to share reasons to get tested for HIV.